Australia is a beautiful country blessed with several wonders that one would desire to see. It is in fact a dream country for many. Although there are many places to visit and things to see in Australia, we have picked the top seven destinations that are a must-visit in this amazing country: 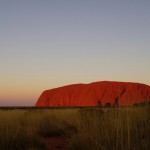 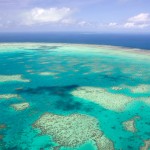 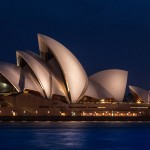 Sydney Opera House: This iconic structure is the landmark of Sydney, Australia. 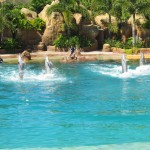 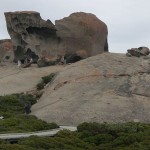 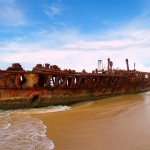 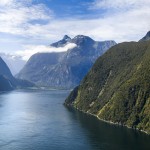 Milford Sound: A jewel carved out by a glacier!

Uluru/Ayers Rock is a huge sandstone monolith located in central Australia. This oval-shaped stone is revered by the Aborigines. Looking at the behemoth stone, you would get amazed and would think at least for once: "how did it come here, or how did it originate". Rising above the desert, the Uluru Rock offers arresting views during the different times of the day. Tourists frequently visit this UNESCO World Heritage Site.

The Great Barrier Reef, one of the richest marine reefs in the world, is a gem in the ocean. It covers an area of 2,300 kilometers and is easily identified while taking an aerial tour of the area. This intricate maze of colorful plants and animals lures aqua-lovers for its bio-diversity. Would you like to plunge into the turquoise blue ocean and swim along beautiful fish in the background of this colorful kingdom?

The Sydney Opera House is a landmark of Australia. It is a place that supports performing arts. Not only just tour the opera house, buy tickets for one of the shows and get entertained by some of the true art lovers.

The Gold Coast of Australia houses a paradise for kids. Called as the Sea World, Australia, this amusement park is famous for its interesting rides and attractions. The animal enclosures such as Seal Harbor, Dolphin Cove, Penguin Encounters, Shark Bay, Polar Bear Shores, etc., at the amusement park promise unlimited fun. Check out their official website for details on the rides and tickets.

Must Read : Places to visit in Australia

Huge weathered rocks laid against the panoramic expanse of the ocean are a characteristic of the Kangaroo Islands. Located in South Australia, these islands are one of the best places for honeymooners. The place is so pristine that even the words fall short while describing its unspoiled beauty. Visit the island to experience the magical aura around you.

The Fraser Island, the world's largest sand island, is a beautiful island located in Australia. The island comprises of rainforest, lakes, and sand formations. The best way to explore the island is 4WDing. Beware of the dingos that inhabit some parts of the Fraser Island. The shipwreck of SS Maheno is a popular tourist spot. This vessel was constructed in 1905 and was used as a hospital ship during World War I. In 1935, when this ship (in ruins) was being sent to Japan as scrap, it was hit by a cyclone and got drifted to this island.


Dec 26, 2013 | By Aditi| Tours, Travel Tips | places to visit in australia, things to do in australia, Virtual Tours of Australia | 0 Comment