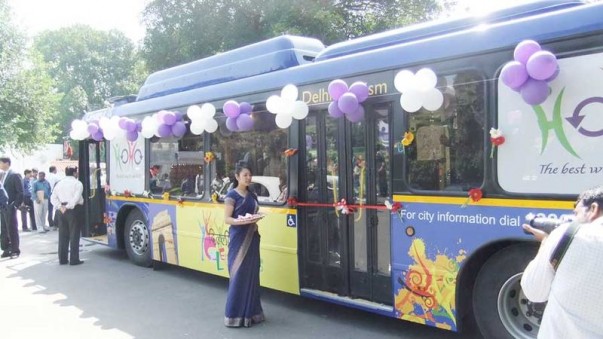 Delhi has for long been the seat of political hegemony, except during the better part of the British rule when erstwhile Calcutta was the Indian capital. Delhi flourished in terms of architecture especially under the Mughal rule. The post independence era saw the birth of edifices of a different kind- patriotic memorials whose modern design had been influenced by British architecture.

Thus while a part of Delhi offers architectures that tells stories of a kingly past, the newer Delhi has roads and buildings that bring to mind India’s tryst with the western world. In all, Delhi is huge and an explorer’s delight.

The only problem is that Delhi is too huge. Plus, the unavailability of a world class dedicated bus service to tour the destinations was a major problem until recently. The recent launch of the Hop on Hop Off Bus Tours in Delhi, has made sightseeing a breeze. No more waiting in queues, no more worries about getting defrauded, and no more sweating over a dysfunctional air conditioner.

The Hop On Hop Off Bus tours cover all major sightseeing points in Delhi. They also operate a tour called ‘Tour Delhi by Evening’ where you get to see a view of the famous Delhi monuments- all lighted up. The buses run on two more routes called the Red Route and the Green Route. If you really want to do a comprehensive tour of Delhi, opt for the Red + Green Route.

The Red Route covers fourteen destinations. They include:

The Green Route covers 10 destinations, 4 of which are included in the Red Route. The destinations are:

The destinations that can be covered in this route are in the following order:

Passengers can start their journey by boarding any of the buses at whichever destination point they choose.

This bus tour takes you along all several monuments and areas of Delhi that look splendid it up by artificial lights in the evening. The destinations include:

One specialty of this tour is the on board live commentary.

How is Ho Ho different from all other bus and taxi services?

HoHo has a fleet of buses that dedicatedly move along the red and green routes. So you can hop off any bus at any point, take your time to explore any destination, and then hop on back when the next bus comes along. There will be no bus conductor on your back, shouting at you to board the bus, even before you have inhaled the serene air around Humayun’s tomb, or have had one of those crunchy golgappas at Dilli Haat.

Moreover these buses boast facilities like air conditioning, on board guides, on board attraction tickets, large windows for a better view, and low bus floors.

HoHo also offers customized group tour packages offering pick up and drop options, a dedicated tour guide and even a musical fun time inside the bus as you travel.

HoHo has also introduced a complimentary service called the Grand and Royal in which bus passengers get a chance to watch the Change of Guard every Saturday morning at the Rashtrapati Bhawan.

You may book tickets in advance on their website or buy tickets on board.

Ticket Validity: The Red and Green route tickets are valid only for a day, while the Red + Green / Purple Route Tickets are valid for two days.
Remember that the Hop on Hop Off Bus Service remains closed on Mondays.