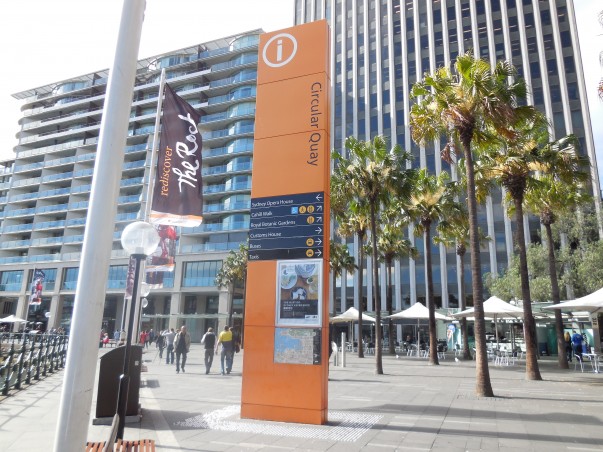 If you have been to Circular Quay you can say you have been to Sydney. This is where the city identifies itself, its distinct tourist identity stands over and above its colonial heritage. The city sings, acts and performs. This is where the action is. You can plan a leisurely day to be spent only in this area with never having to visit anything twice or coming back to the same spot during the day. This place may not mean much for those hurried travelers who are just on the mission of  "being there, doing that."  This is for that seasoned traveler who wants to live every moment of his stay in the city. 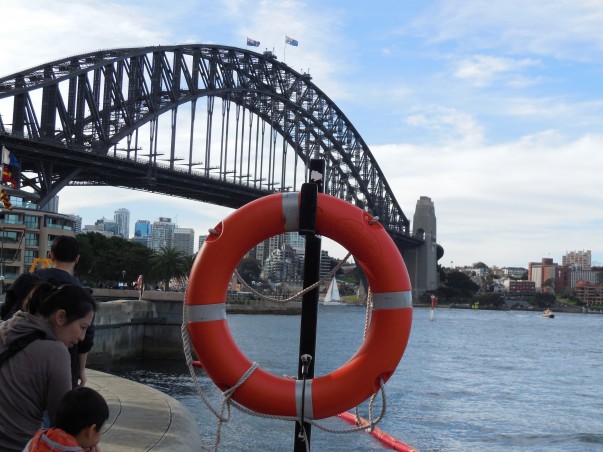 This bridge kept me busy, there was so much action in the waters and so many components to focus on, I stationed myself firmly around the area with Sydney Harbor Bridge as my focus for over an hour. Maybe I was waiting for the sails to cross lifebuoy?

But it took time because they were overtaken by the speedboat. Waters are hyperactive or busy as some people would insist. 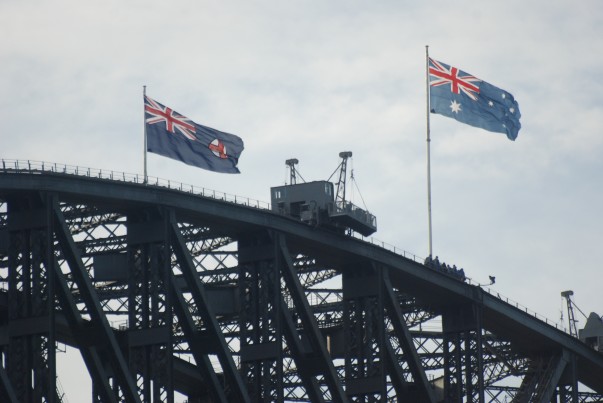 Walk to Top of The Sydney Harbor Bridge

Once done with that, I started looking at what people were doing on top of the bridge. Carry your binoculars, they come in handy. They allow you to study the bridge too. 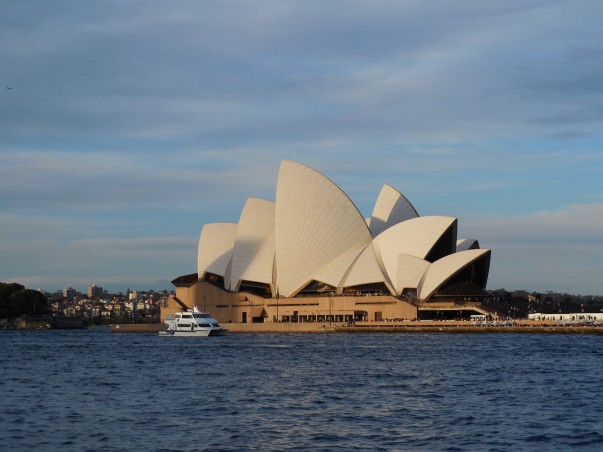 Seeing is believing, it looks so inviting

From where I was sitting, Sydney Harbor Bridge was on my left and the Sydney Opera House was on my right. Of course, no opera singer can be seen from Circular Quay and neither music can be heard, but the drama unfolding right across is for those equipped to see. 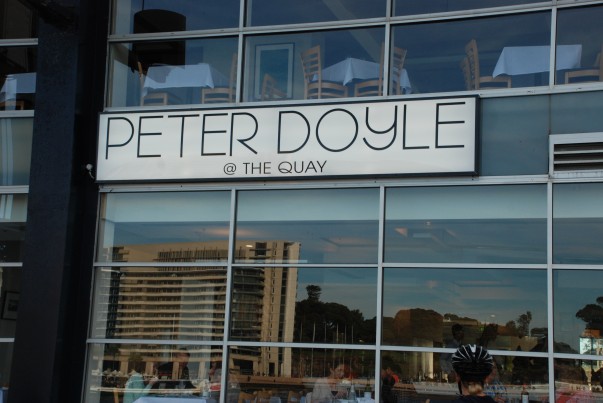 Peter & Doyle together or individually mean good, fresh seafood in Sydney.  It is indeed expensive. But then, it is fine dining. I had some scallops and oysters with lots of salad to get going again. 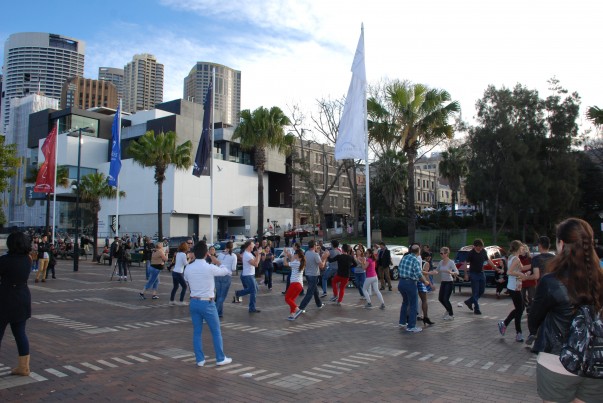 Let us dance at Circular Quay

I had fun watching some people dancing away to glory to music from an iPod attached to a Bose speaker. This big time impromptu joy was shared amongst all present. 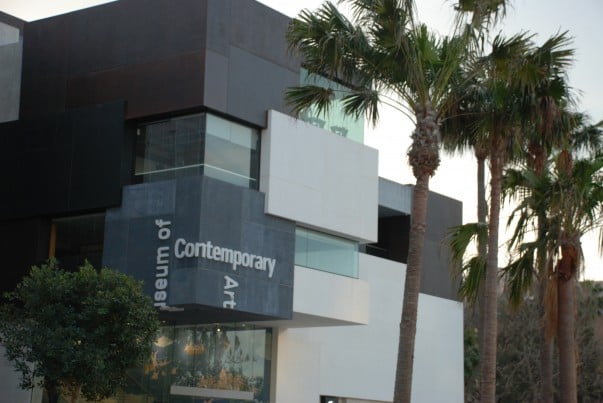 I looked at this building, almost opposite to the Opera House, and found it different in character. Couldn't say what looked more contemporary, though. The Museum of Contemporary Art is of course a must visit if you come to Sydney. 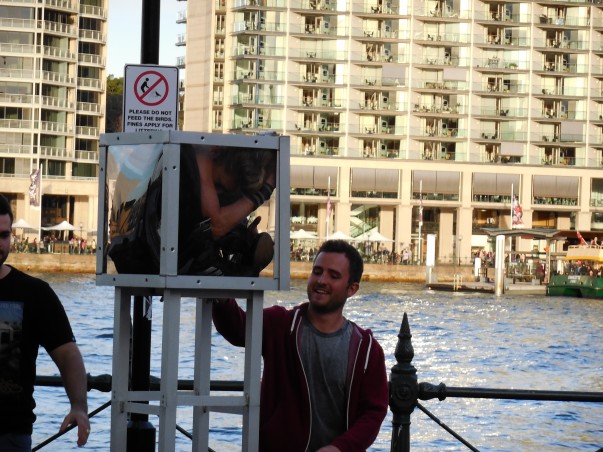 I am flexible and I am a street performer

Every city has a place for its street performers. Looks like Circular Quay is one big stage for many like her. She made decent money for displaying her flexible body, she did work hard to squeeze into this tiny box. I liked the way she asked to be paid for her street performance, "if you are considering dropping a few cents for my act, drop the idea". Good going, girl. 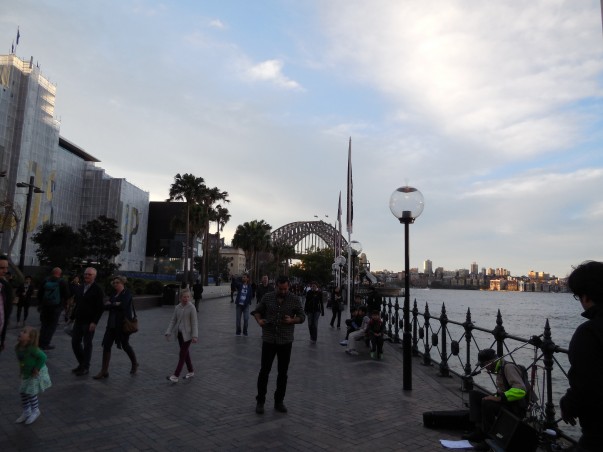 He would sing a thank you as part of his song.

Of course he couldn't gather as big a crowd as Madam Acrobat managed, but he did manage a great performance and an honest living. 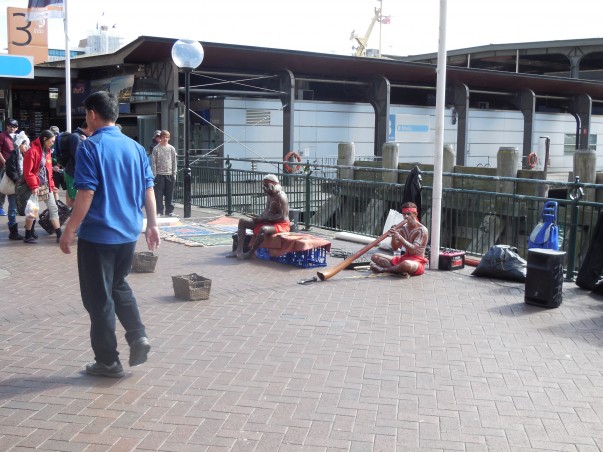 When it comes to performances could aboriginals be far behind?

It is all about performances and it is open to all. An Aboriginal group was performing at the quay, of course they do begin with a higher curiosity factor, but as it goes, it is the performance which matters. 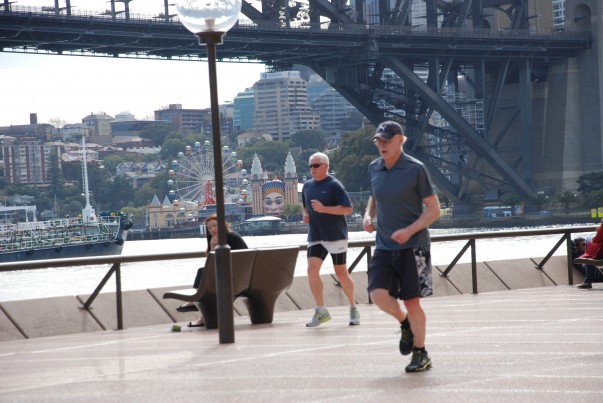 Circular Quay has life, it just doesn't age and it is like a perennial river which just keeps flowing.

I may go back to see what is it like on a Monday. Does it remain as exciting, or even half as exciting? Let us see.