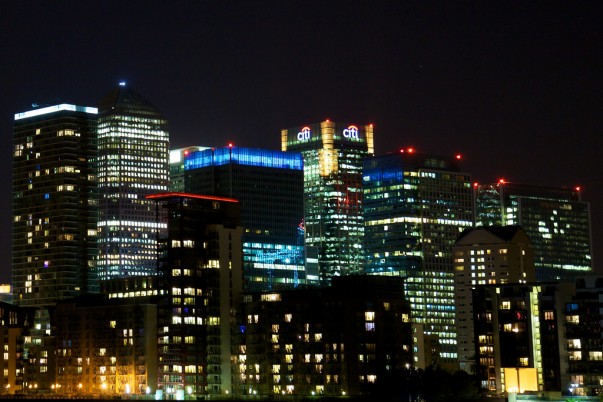 Canary Wharf is one of London's upcoming developmental estates which has been planned on a grand scale. Some of the world's renowned architects have provided their expertise to make the Canary Wharf neighborhood a world class destination by itself.

In the last 10 years, the area surrounding the Isle of Dog has seen an unprecedented real estate development. The Canary Wharf was renowned for its warehouses and historical buildings, most of which have been redesigned and renovated in the last decade.

In the days of yore, Canary Wharf was famous for its docks. They were ceremonially opened in 1802 and very soon began making invaluable contribution to the economic prosperity of London city. Even today, there are a few dockland warehouses in the Canary Wharf neighborhood which are among the most elegant of warehouses that you will ever come across.

Today, Canary Wharf is developing at a frantic pace. It is already one of London's most renowned centers of commerce and is well connected by the Docklands Light Railway. The Isle of Dogs area in particular is renowned for its eating joints ranging from wine bars to pizza parlors. You will also come across Sushi bars.

For water sports enthusiasts, there is the Docklands Sailing and Watersports Center and you can indulge in Dinghy sailing, windsurfing or even canoeing. Ample opportunities are provided for fishing, rowing and dragon boat racing.

Another great option to spend some quality time in the midst of nature is to visit the Mudchute Park and Farm, which happens to be Europe's largest urban farm. The farm boasts of a fine selection of animals. The farm also has its own riding school apart from festivals and agricultural shows.

A visit to Canary Wharf is not only about skyscrapers. A wide range of shops, bars and restaurants surrounding the Canada Square area often lure tourists to spend some time marveling at the stupendous developments taking place all around Canary Wharf.

A whole lot of amusement and recreation amenities have come up in Canary Wharf, which includes health and sports clubs, theatre and cinemas, banqueting and conferences to name just a few.

At Canary Wharf, the tall skyscrapers have been designed with a futuristic touch and the who's who of the world community like Robert De Niro and Cher have all booked their plush penthouse apartments at Canary Wharf.