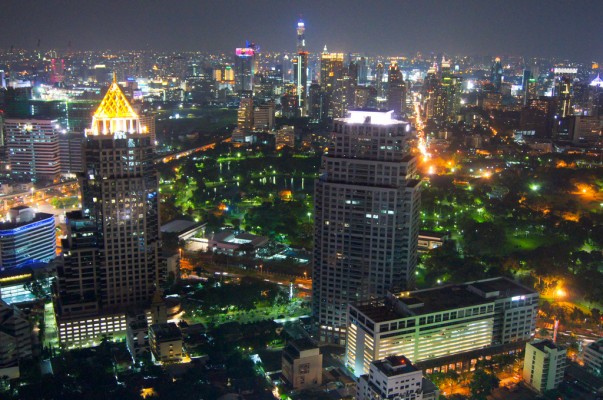 Situated in the heart of the peace-loving country of Thailand, Bangkok is a promising land of myriad experiences. Bangkok is an impressive city that boasts of having a bundle of massive skyscrapers, luxurious hotels and shopping centers. Apart from the traditional Thai culture, the warmth and hospitality of Bangkok till dates continues to attract tourists from all over the world. Having undergone several developments over the last two centuries, Bangkok has emerged as a modern metropolis housing the regional headquarters of the UN Economic, the Pacific (ESCAP) and Social Commission for Asia.

Bangkok is located on the eastern bank of the Chao Phraya River in southwest Thailand.

Spread over an area of 1,569  sq km, Bangkok with all its charm and beauty awaits your arrival.

Baht is the currency of Thailand.

Bangkok enjoys sunny weather in August with an average temperature around 30 degrees Celsius. Tourists are advised to take umbrellas and cotton clothing when traveling to Bangkok in August. Rainy season is from May to October. However, the best time to visit Bangkok is between November and April.

Places to visit in Bangkok