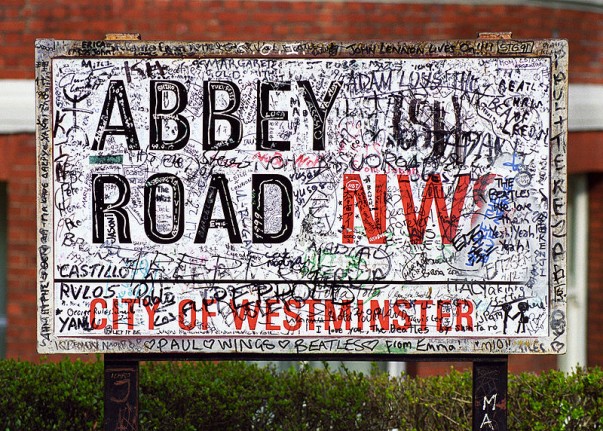 Abbey Road is the ultimate pilgrim center for the quintessential Rock & Roll fan. During the 60's decade, Paul McCartney used to live close by the Abbey Road Studios corner and his house used to serve as a pre-recording stopover for the Beatles band members.

The studio was considered one of the most sophisticated in the decade of the 60's and it still maintains that high standard. The studio has providing background music to block busters like Raiders of the Lost Ark, Star Wars and The Phantom Menace to name just a few.

Abbey road studio is the ultimate Mecca for music lovers from all over the world. This was the place where the Beatles recorded most of their songs and it was from the Abbey Road studio that the Beatles achieved worldwide success as a revolutionary Rock & Roll band.

How to Reach at Abbey Road, London

Once you reach Abbey Road from the underground St. John's Wood station and walk up to the Grove End Road, you will come across the famous Abbey Road Crossing.

The Abbey Road studio is a short walk from the Crossing and the studio is located in an ordinary building with an inconspicuous sign above the building's entry which has "Abbey Road Studio" engraved on it.

The building that houses the Abbey Road Studio is a splendid 19th century edifice and the Abbey Road zebra crossing is bound to be one of the most celebrated crosswalks in the whole world. Most visitors come well armed with cameras and get themselves photographed at the Abbey Road pedestrian crossing.

Photo By Sander Lamme (Own work) [CC-BY-3.0], via Wikimedia Commons