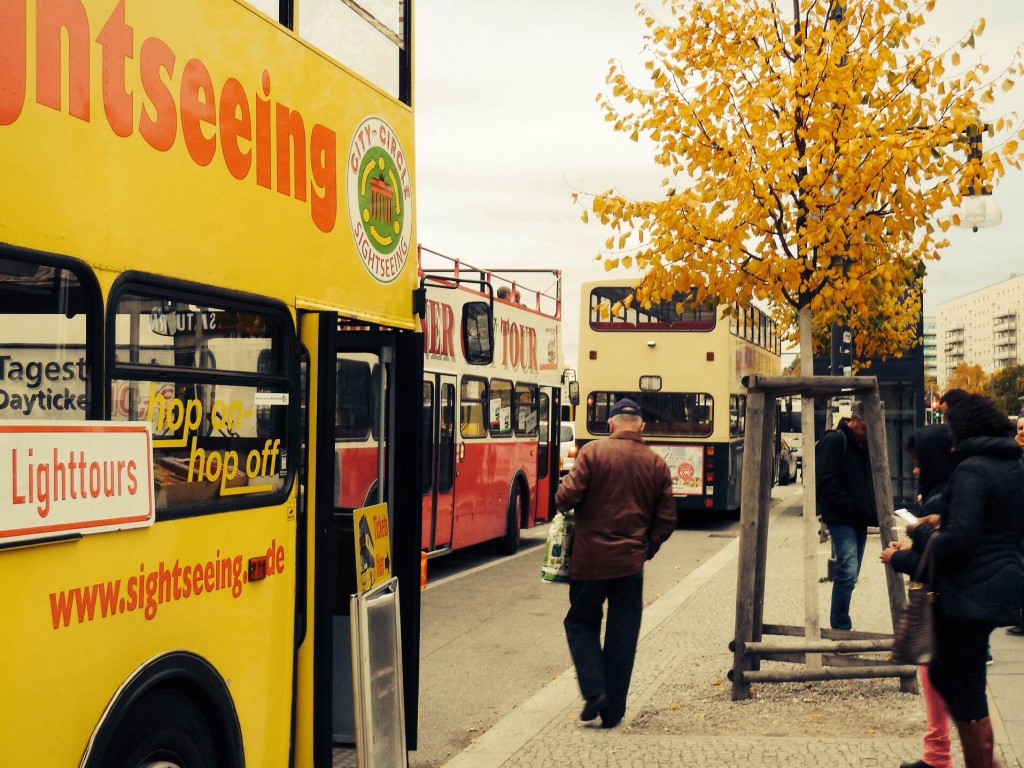 If Berlin is a fine dining experience, these bus tours are the Drive-thru

When all you got is one day in the historic city of Berlin, getting on one of those 'Hop-on Hop-off' buses seems like the best option. These tours are the drive-thru version of a fine dining experience. Getting a front row seat makes it even better. Touring through Berlin, the bus stopped at Tauentzienstraße, which I learnt from the handy map, is a busy shopping street in western Berlin. The stop was longer than I expected, and it was right opposite this beautiful sculpture.

In Memory of a Broken City 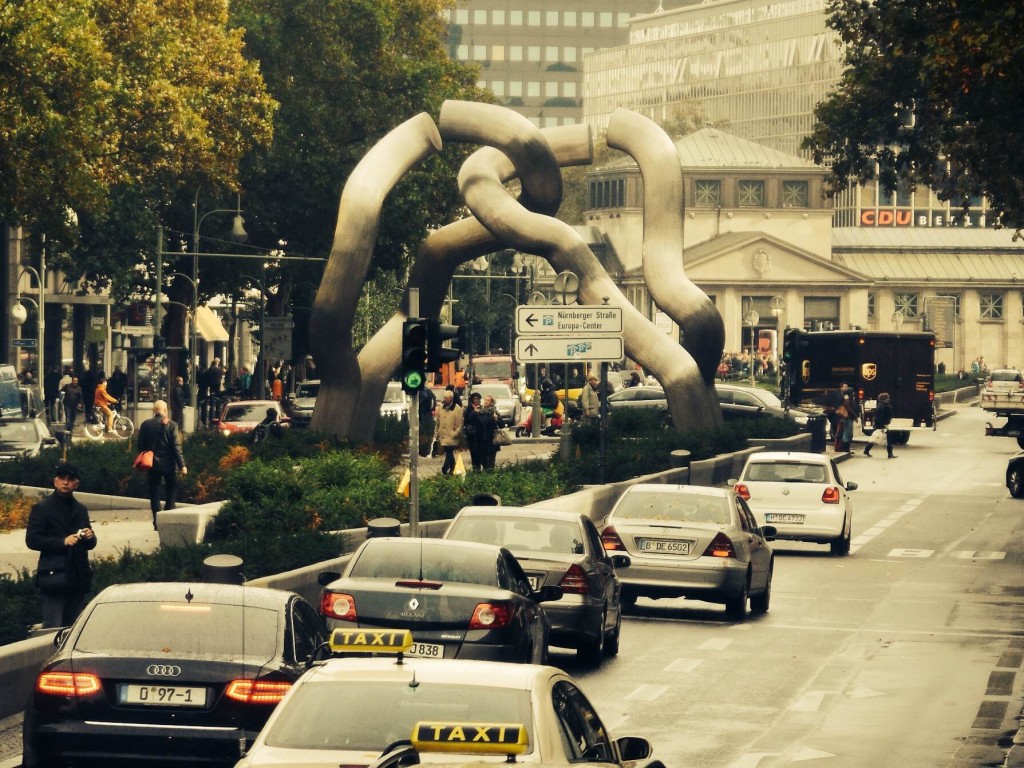 Sculpture on the Tauentzienstraße in western Berlin.

I plugged in my earphones to catch if the audio tour guide had something to say about this interesting piece of art. The sculpture was titled Berlin, and was created by a husband-wife sculpting team* and expressed the divided nature of Berlin during the cold war era. 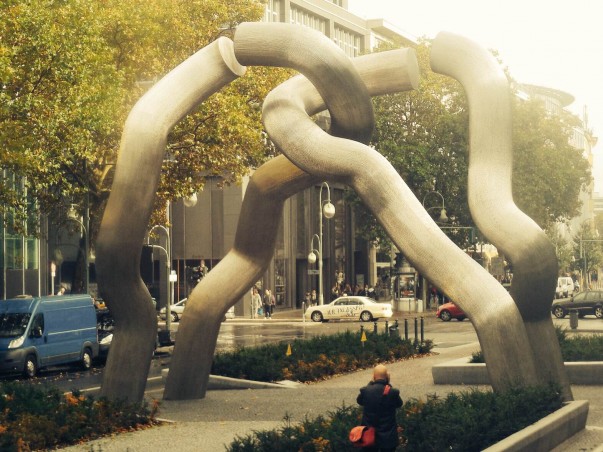 The giant broken chain symbolizes a broken Berlin, due to the Berlin Wall, from cold war days.

The giant sculpture depicting a broken chain symbolized the city divided into East and West Berlin due to the Berlin war in the cold war era. Even though the Berlin wall has long been dismantled, the city of Berlin bought this sculpture to commemorate that dark chapter of German history. Passing through the busy shopping street of Tauentzienstraße, you can't miss this giant piece of art, fascinating expression of Berlin's history.