Review of Yeti - The Himalayan Kitchen 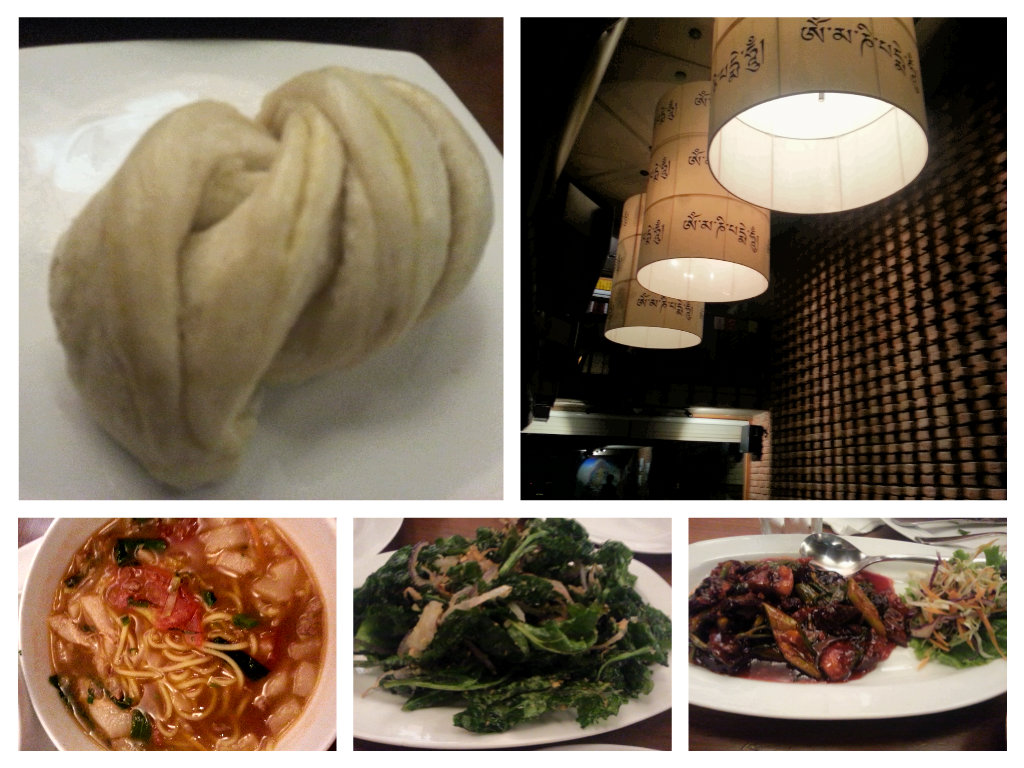 Yeti - The Himalayan Kitchen started as a small eatery in Hauz Khas Village; however, now its new branch located in Greater Kailash 2 has sufficient seating arrangement at two levels in addition to a lounge/bar on the second floor. Yeti is a multi-cuisine restaurant that satiates your tongue with the scrumptious flavors of the Himalayan delicacies.

As one enters the restaurant, the 'Himalayan' look is in place – bare red brick walls, illuminated Buddhist scrolls, Tibetan prayer flags, wooden screens, photographs of the hills and monks, and music reverberating in the background. Adding to the ambience is the low, pleasant lighting, not dim (somehow, I tend to be put off if I can't read the menu or see the food). The wooden furniture adds to the casual rustic atmosphere.

Yeti specializes in food from the Himalayas – Nepalese, Bhutanese, and Tibetan cuisines. I found the menu a tad too confusing as there is a chef's special, then Nepalese snacks (vegetarian and non-vegetarian), then the Tibetan snacks, then soups, then their momos, then the Bhutanese dishes, then noodles, then their favorites, and the list goes on.

I think they can organize the menu in a better way, with soups, starters, momos, mains, and desserts segregated. They should probably have a color coding for the region the food belongs to, so that it is easier and more logical for a customer to place an order.

Anyway, since it was my first visit here, I ordered Pork Thupka – absolutely delicious – that came with abundance of fresh vegetables.

The complimentary starter of boiled potatoes in garlic, turmeric, and cumin was very spicy; however, they could have done it with a little more salt.

We also tried the Tibetan hand-rolled bread – Tingmo – the in-house specialty and the crispy spinach that was crunchy, just right and not too oily.

The dessert menu did not look enticing enough, so we decided to opt for Yak Butter Tea instead. Slightly buttery and salty, it was like the salty Kashmiri tea but missing any tea flavor. Different, worth a try, but that's just about it.

Will I go there again? Yes. For the thupkas, the vegetarian momos, and the crispy spinach, I will go there again and again. But if they want customers to savor more dishes from their menu, they need to make it more user-friendly. The service is also erratic, sometimes very expeditious, but can be painfully tardy on other days.