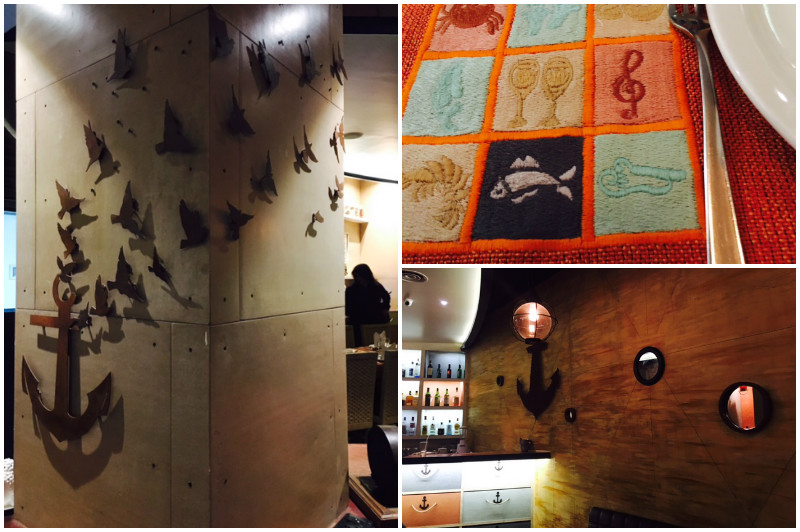 The Peninsular Kitchen is a coastal cuisine restaurant in Vasant Kunj. Relatively new and untried, it looked tempting enough to experiment on a weekend. Now that Zambar has closed, it seems to have an edge by virtue of being the only place offering South Indian non-veg cuisine in the trio of malls in Vasant Kunj. 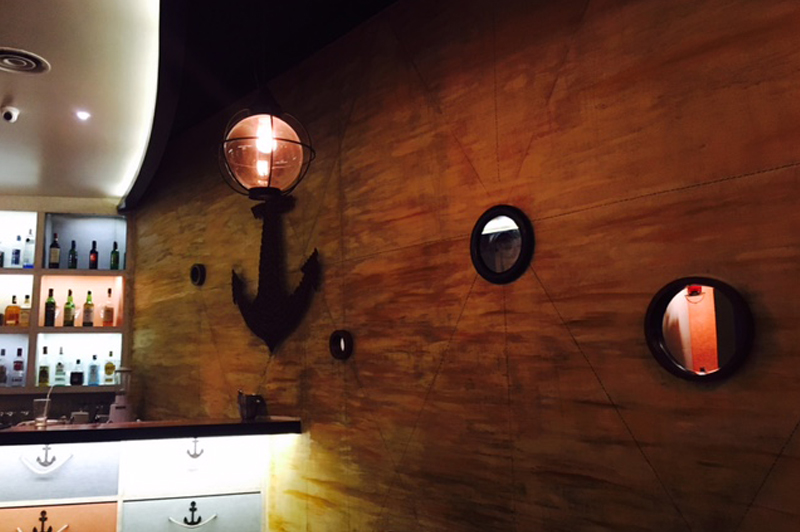 It was refreshing to see that every South Indian restaurant does not have the cliched decor. Specializing in coastal cuisine, its decor is very nautical. At the center of the restaurant is a mast-like pillar. Along with it, the boat-shaped table, anchors, and port window also gave a cruise-like look to the whole place. 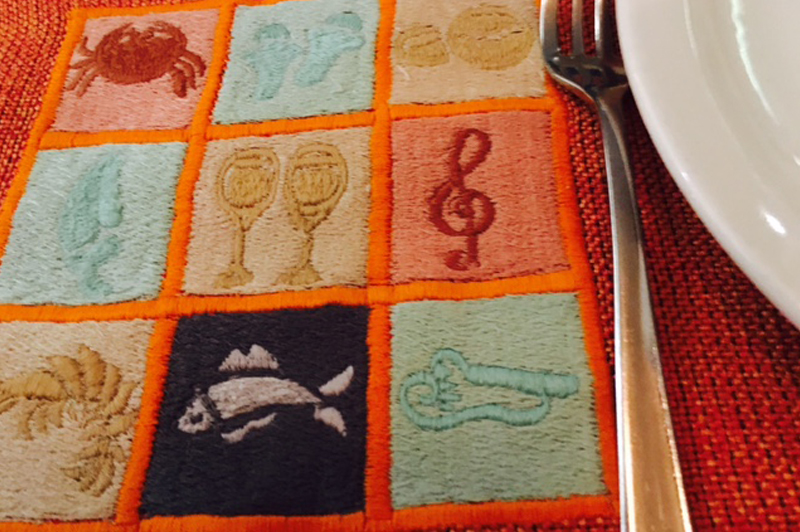 The table mats were very attractive too. They were bright orange with cute little fish, crab and lobster woven into them. The mats were worth a second look. In fact, they set the mood for the meal.

Reasonably good but not outstanding

The food menu is quite exhaustive and includes dishes not only from Karnataka, Kerala, Tamil Nadu, Telangana, and Andhra Pradesh but also from Maharashtra and Goa. It was a difficult choice but since I was with a couple of friends and one of them vegetarian, I managed to taste quite a few of the dishes on the menu. 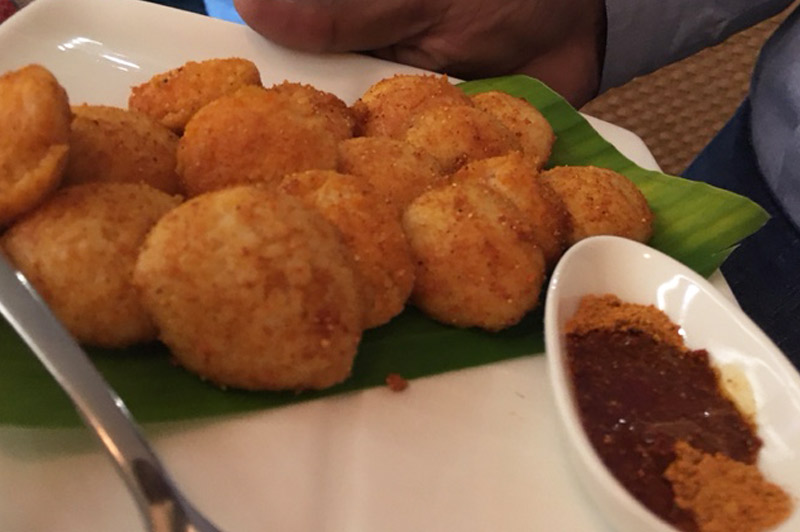 Tossed Mini Idli (₹245) was the first starter. The bite-size idlis were spicy, perfectly steamed, and served with delectable gunpowder and ghee. 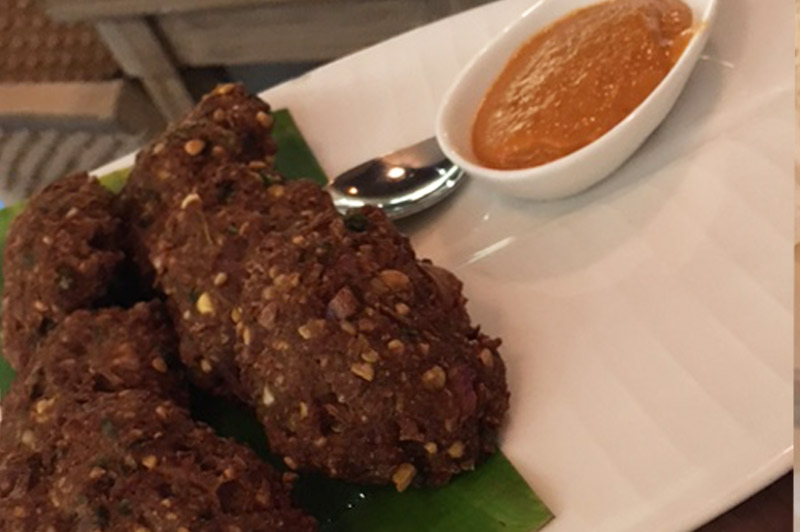 Erachi Vada (₹445) is patties of minced lamb with split lentils and flavored with star anise, cloves and cardamom. This shallow-fried dish was crunchy, crispy, and yummy. 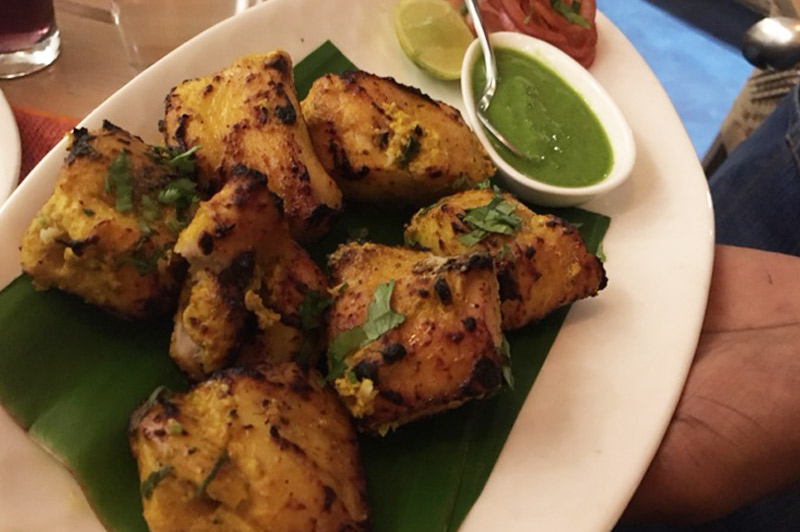 Hyderabadi Khatti Machli (₹595) is a delicious fish preparation from the Nizam's (erstwhile Royal) kitchen. These boneless chunks of fish were marinated in tamarind and yogurt with spices before being roasted in the tandoor (clay oven). It was healthy and delicious.

Coconut Mojito was virgin mojito with mint and lime but made in coconut water. It had chunks of fresh coconut in between. I liked it.

Appam (₹60) served at Peninsular Kitchen is actually a pancake made of fermented rice batter and coconut milk. Appams are common in Kerala, Tamil Nadu and Sri Lanka, where they are called hoppers. A perfect appam should be bowl-shaped, spongy and little thick in the center, and lacy at the edges. The appams were up to the mark and they took me back to Kerala in a jiffy!

Kadala Curry (₹345) is a vegetarian dark spicy curry made with black gram and fried crunchy coconut. It was quite nice but not awesome. It's also served with appams.

Mutton Stew (₹445) turned out to be my favorite! This is a classic accompaniment to appams and was definitely the highlight of the meal. It had succulent boneless pieces of mutton in a cardamom-flavored coconut gravy. Quite like a mild Thai curry for the international traveler, it is the safest mild dish to try if you need to taste the spices of India. This must-have dish is sweetish, mild, creamy, and aromatic. 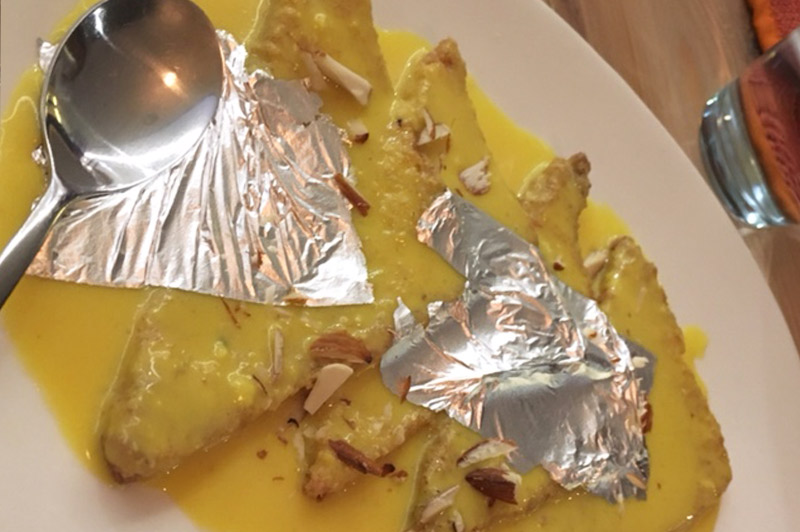 Shahi Tukra (₹225) was definitely avoidable. The traditional Shahi Tukra (bread pudding) is a sweet dish of the Royals of Hyderabad which has crisp toast soaked in sugar syrup and then dunked in rose or Saffron-flavored clotted milk with dry fruits. The traditional bread pudding here, was disappointing , more so because of artificial coloring and flavors. It should be definitely improved or taken off the menu.