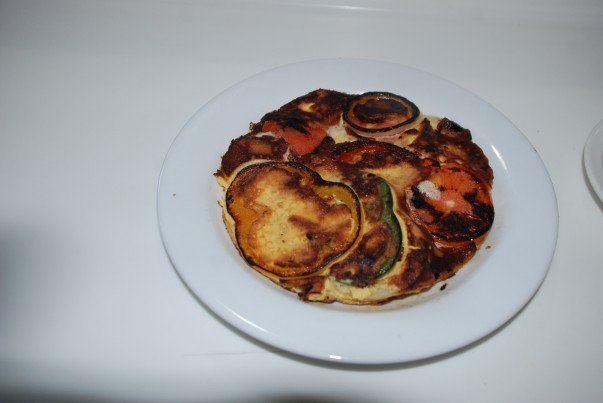 What? Omelet with mushrooms, olives and sun-dried tomatoes

Omelet? Yes, they call it a gourmet omelet. I call it a chef's funeral. Come to think of it, they actually served it to me. They expected me to accept it, eat it and move on. I did the same. Their menu didn't specify what they add when they make this omelet. They had a section of toppings and I opted for three: mushrooms; olives;  sun-dried tomatoes. When it was explored beneath its almost black casing, bell-peppers, onion rings and cheese were also discovered. I decided to go ahead and try it anyway to see how bad it is, it indeed was a below average omelet. I am sure this is the worst they could serve. As this restaurant is based in the tourist hub of Sydney, I am sure they get away with this. The most surprising thing about this are the flowery reviews in Yelp and other websites. Giving 4/5 to this mess is unpardonable and misleading.  They took 25 minutes to create this rubbish.

Would I go there again? Yes. When I come back to haunt them after I die, I will ensure that they don't serve any of this.

Fact: A blogger from Mapsofworld.com team visited the above place at 8:10 am on August 3/2013. He was not issued a receipt and only the balance was returned.

Also Explore: List of Top 10 Things to do in Sydney