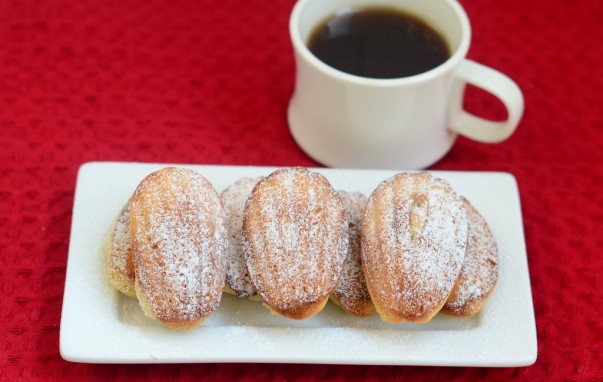 Learn how to make French Madeleine

France is a fairly dominant player in Europe and has been a center of influence for fashion, cuisine and movies. Paris has been known for its high street fashion shops and restaurants. French cuisine and its chefs have influenced many and have been brought to life in many international movies. Food has always been a major focal point in France since traditional times, in fact the banquets with multiple food courses were made popular by the French aristocracy. Modern day French cuisine has developed over centuries with many known chefs carrying on the traditions. The French Revolution was a big turning point in history of French cuisine. Chef Marie-Antoine Careme who served the Emperor Napoleon Bonaparte after the revolution made few sauces which are famous the world over even in the Modern era. Among these are bechamel and veloute. He also created souffle dessert at the time. Cheese and Wine form a main part of the modern France, and with the fruits, vegetables and meats are sold in weekend street markets. Large supermarkets and stand alone specialty and local shops are also common in most towns and cities.

French breakfasts are very basic and served with croissant and coffee, while the lunch (dejeuner) and dinner (diner) are the main meals. They include entree, salad, main course and dessert while and cheese and wine is paired accordingly. At times digestifs like cognac are also served at the end of a meal. Some of the main dishes include breads like baguette and quiche, salads made with vegetable, fruits and meats, hot main course made by mixing sauces with favorite meats and desserts like creme brulee, cakes and more.

I took up making one of the famous soft cakes called French Madeleine which comes from the North Eastern France. Madeleine's have a very unique shell like shape and are made in pans specially created for the shape. Some Madeleine varieties include small fillings, however I made it without any of it. Apart from the Madeleine pan, the preparation only requires basic baking ingredients. It can be made quickly and enjoyed for up to a couple of days when stored in air tight container. The cooking butter used in the preparation is processed to make Beurre Noisette which removes the milk solid portion of it and only uses the liquid. Madeleine's can be served anytime as a snack and go well with coffee or tea. This French Madeleine Recipe takes you through the step by step process, so you can enjoy a true French culinary experience. 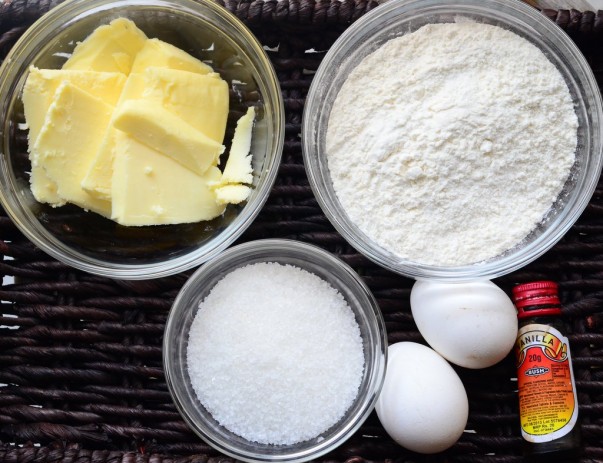 Melt the butter over low heat and let it separate into butterfat and milk solids.

Heat until milk solids turn brown and a nutty aroma starts to come. Let it cool

Strain the Beurre Noisette liquid and keep aside. 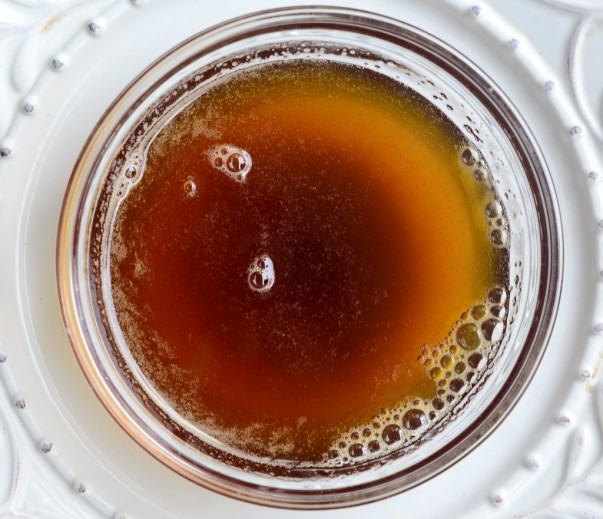 Mix sugar and egg in a pan and put the pan over another pan with simmering water. 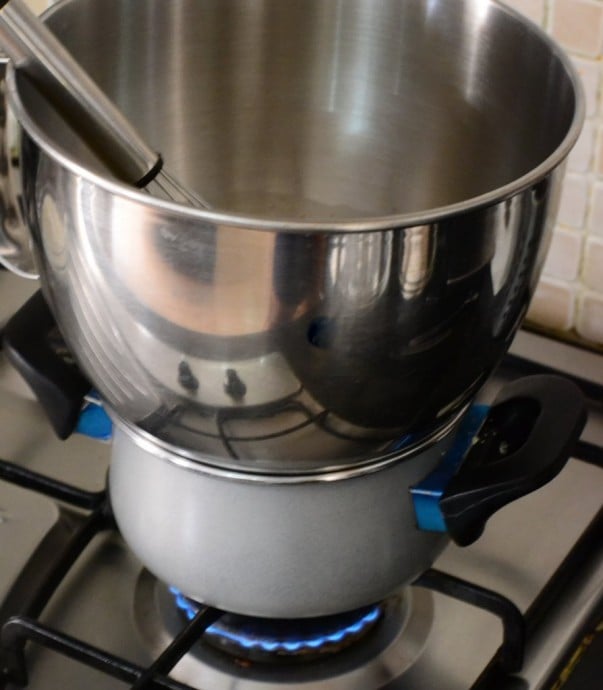 Remove the pan from simmering water and whisk on high speed till the mixture is light and fluffy (about 5 min).

Add all purpose flour and fold gently to form a batter.

Refrigerate the batter for 1 hour in a zip lock bag.

Grease the Madeleine pan and pipe the batter in the pan in the molds to fill 3/4th. 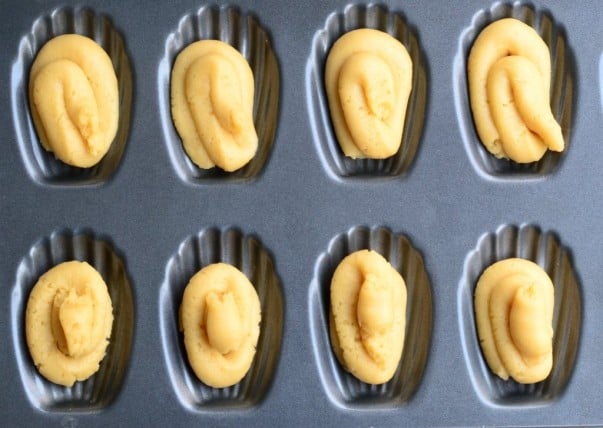 French Madeleine - Ready to be Baked

Remove from the pan, let them cool. 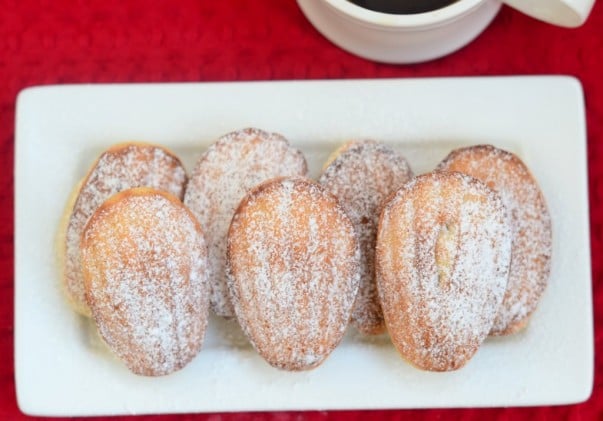 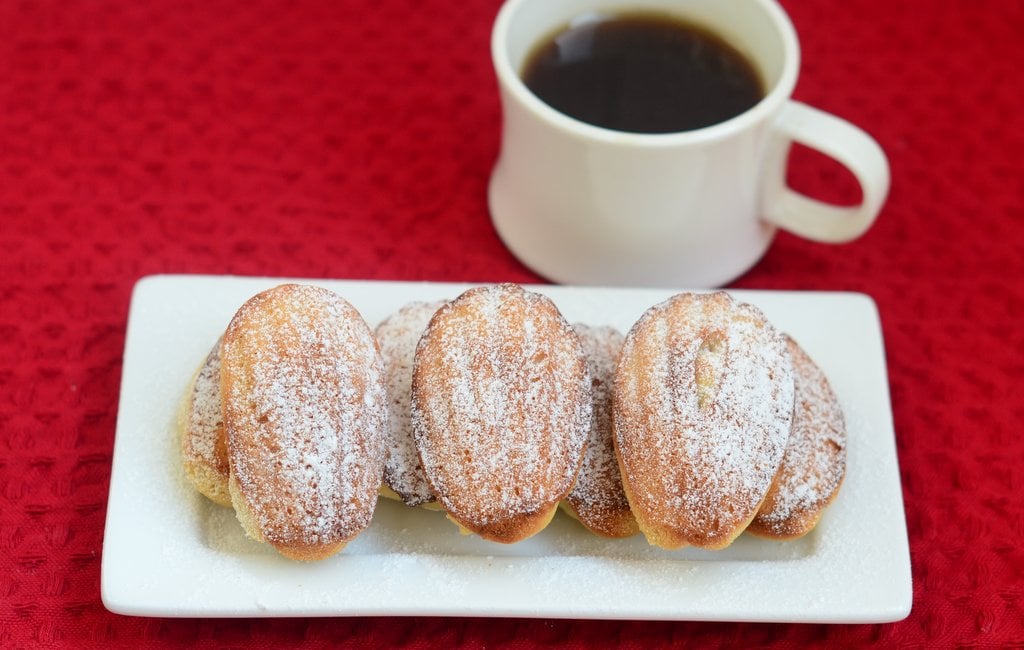