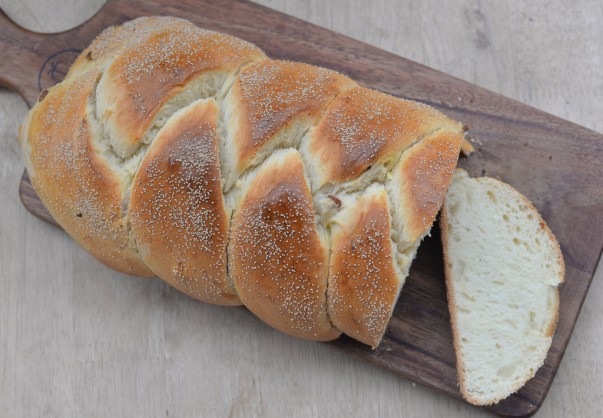 Czech Republic is landlocked between Slovakia, Poland, Germany and Austria and is known for having few of the most beautiful cities in Europe like Prague and Karlovy Vary. Czech's love their meats and it forms the basic of most of the meals which generally includes a soup and may be a dessert, breads known as Chleb are often served along with soup. Some of the common meat based dishes include roast pork with dumplings (vepro-knedlo-zelo), gulas (pork or beef stew), schnitzel (made with veal, pork or chicken) etc. Soups are generally made with chicken, beef or vegetables like beans and peas and served with or without noodles. Some of the famous breads available in the country include Houska, Zemle, Rohlik and Loupak. The first pilsner beer was also produced in Czech Republic and Pilsner Urquell is still the most famous beer in the region.

I made Czech Houska, one of the common breads from Czech Republic. This braided bread is generally topped with poppy seeds and is made with refined wheat flour, eggs, yeast, raisins and is slightly sweet in taste. You can serve it along with some soup, or just have it in breakfast and it gives a unique Czech taste. Use this Czech Houska Recipe and enjoy a great Central European taste. 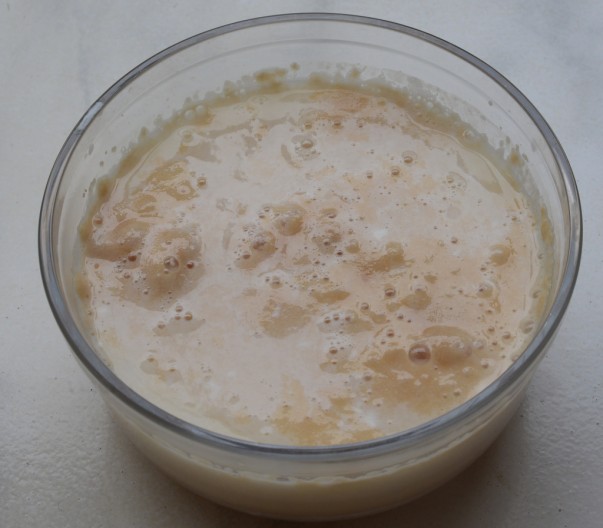 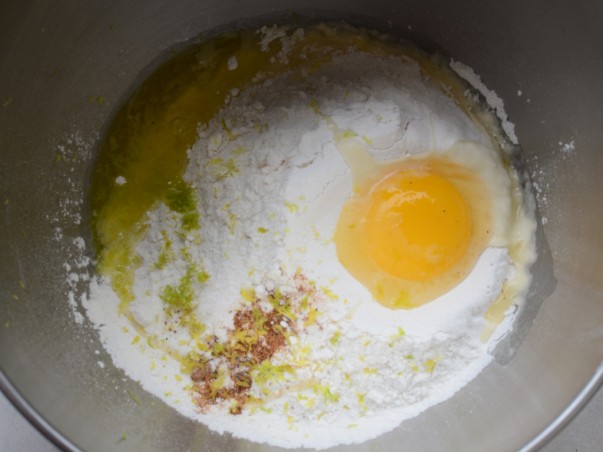 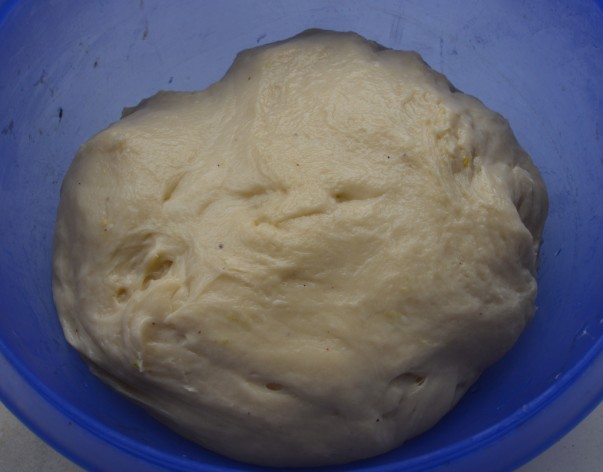 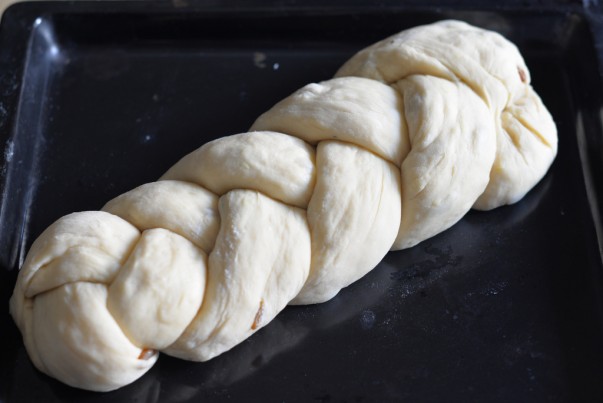 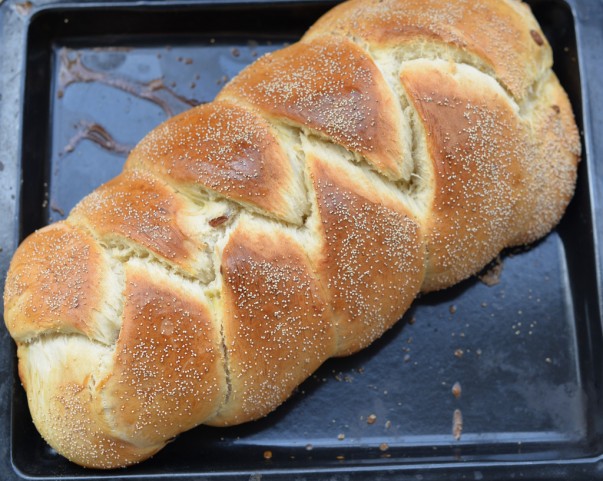 Czech Houska - hot from the oven 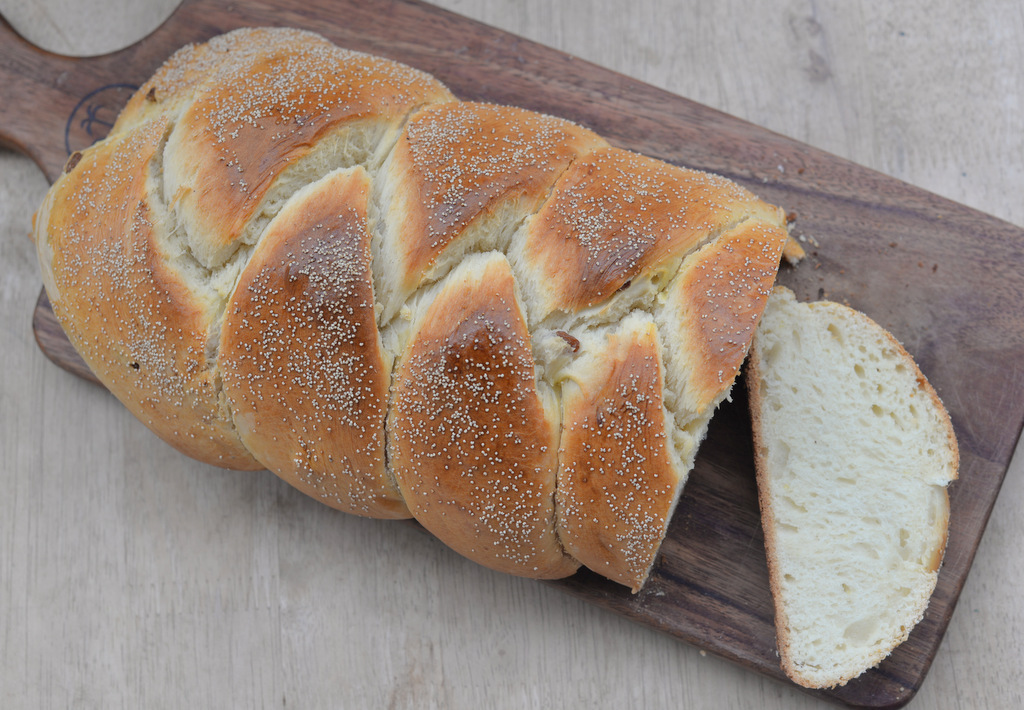