Home / Miscellaneous / Most Amazing Volcanoes on the Planet

The destructive yet beautiful nature of volcanoes has fascinated mankind for centuries. From striking yellowish-orange lava and thermal hot springs to the stunning sights of gas and steam clouds, experience the rare and magnificent. Anyone looking for adventurous activities such as hiking, mountaineering, and camping, spiced up with the thrill of discovering nature's most unpredictable events should definitely visit a volcano.  Here are some of the world’s most amazing volcanoes that are both accessible and spectacular. 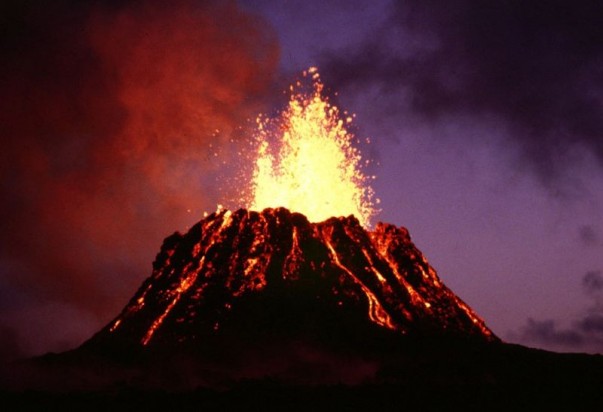 Kilauea is one of the most active volcanoes on earth

Meaning "spewing" or "much spreading" in Hawaiian, the word Kilauea aptly describes the Kilauea volcano, which is one of the most active volcanoes on the planet that has erupted multiple times in the past with the last eruption in 1983, which is still going on. Almost two million people each year come to enjoy the spectacular views of this volcano in the islands of Hawaii. If the sun, sand, and surf of Hawaii aren’t enough to draw you to the island, then Kilauea just might be the reason you were looking for. For an adventure experience of a lifetime, traveling to Kilauea is worthwhile. 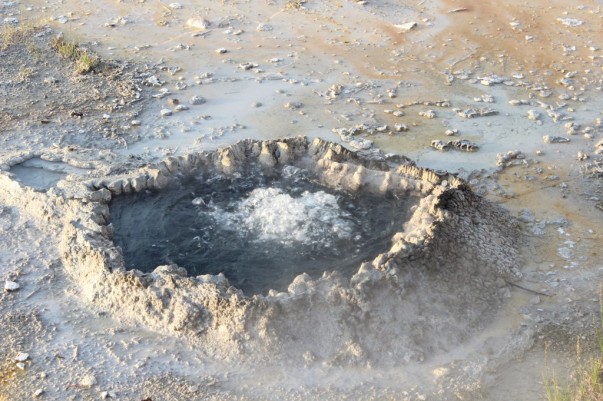 Yellowstone Caldera is the largest volcanic system in North America

One of the largest known volcanoes in the world and the largest volcanic system in North America, Yellowstone Caldera in the Yellowstone National Park may not look like a traditional volcano, but it is a supervolcano. When it last erupted, more than 640,000 years ago, it measured eight on the Volcano Explosivity Index, which means that more than 1,000 cubic kilometers of magma was released. While everything in the park may seem peaceful, the many fumaroles, mud pots, hot springs, and geysers in the park are an indication of the immense heat present under the surface. Yellowstone is a very popular tourist spot in the U.S. and attracts nearly three million tourists each year who flock to see the sights of the park including Old Faithful, which is one of the most predictable and spectacular geysers in the world. 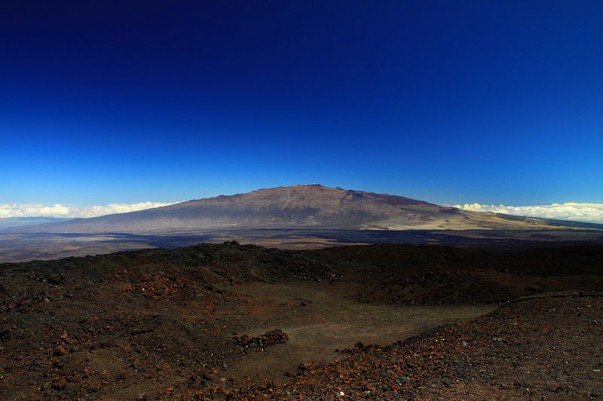 Mauna Loa is among the largest volcanoes in the world

One of the largest volcanoes in the world, Mauna Loa or ‘long mountain’ is a massive shield volcano that is located on Big Island, which is Hawaii’s largest Island. It is nearly nine kilometers tall when measured from the base making it even taller than Mount Everest in that respect, but only about four kilometers above sea level. Like its neighbor Kilauea, Mauna Loa is also a very active volcano that last erupted in 1984. Well, hiking to the summit of the volcano is possible though the National Park Service warns that only highly experienced backpackers should attempt it. Mauna Loa Road in the park marks the beginning of a two-day long grueling journey to the top. A short hike through Saddle Road will lead you to a 50-foot deep pit crater from where lava once flowed. While hiking down the road, you can check out the Kaumana Cave, where lush flora has taken over the lava tube. 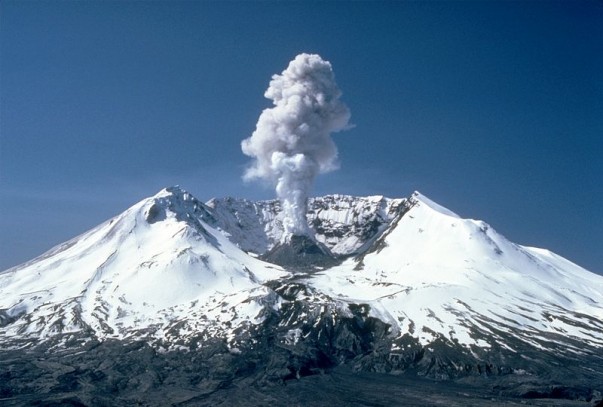 Mount St. Helens is better known as the 'Fuji of America'

If you had a chance to visit Mount St. Helens before 1980, you would have had the pleasure of seeing a beautiful conical shape that led to it being called “the Fuji of America”. However, in May that year, a massive eruption changed the face of the mountain and the surrounding area. Now, there is a huge gaping crater on the northern face of the mountain that occasionally sees volcanic activity. Mount St. Helens has been the most active volcano in the Cascade Range for 10,000 years. The mountain is quite popular with tourists. Nearly half a million people visit the mountain each year to hike or bike up to the top. Although you need a permit, hiking Mt. St. Helens is something that can be done anytime of the year. Mount St. Helens has over 200 miles of trails with varying difficulty levels.

Mt Etna is the tallest active volcanoes in Europe

The tallest active volcano in Europe, Mount Etna is also one of the most active volcanoes in the world. Mount Etna most recently erupted in 2013 and the eruption is still going on. Its eruptions are also very well-documented with records going as far back as 1,500 B.C. According to Greek Mythology, a monster - Typhon was trapped under the mountain by Zeus. All this has made Mount Etna very important to the people in the area and as such, it has been added to the list of UNESCO’s World Heritage Sites. There are a large number of animals that live on the slopes of the mountain and at its foot are vineyards and olive groves. Its close proximity to the Italian city of Catania has made it a cause for concern for the local people who have used dams and even ditches in an effort to control the flow of lava. Regardless, the locals have a fondness for the mountain and call it ‘Mongibello’, which means ‘beautiful mountain’ in Italian. 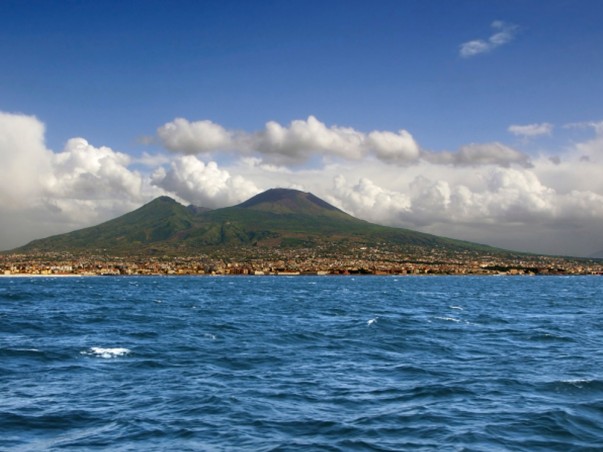 Mount Vesuvius is infamous for its catastrophic eruptions

Arguably the most famous volcano in the world, Mount Vesuvius is a stratovolcano. Its eruption in 79 A.D. was responsible for the destruction of the Roman cities of Herculaneum and Pompeii, which cost the lives of almost 16,000 people. Its last major eruption was in 1944, so it is still quite dangerous. The volcano is also very accessible to tourists as the area around the volcano is a national park and there is a walkway that leads to the crater. 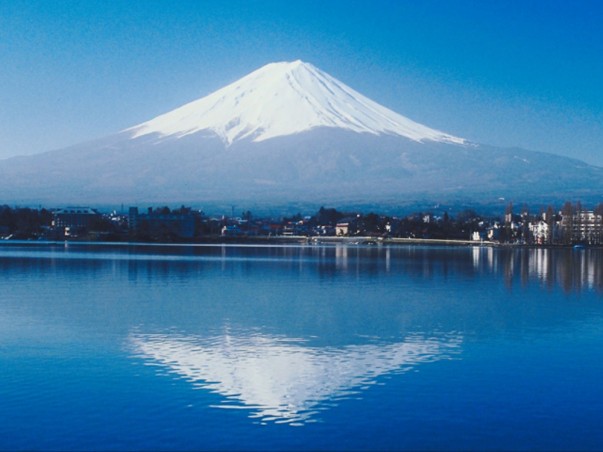 Mount Fuji is renowned for its perfectly symmetrical conical peak

Mount Fuji is one of the most iconic symbols of Japan and is the highest mountain in the country. It’s a beautiful mountain and a part of the list of UNESCO’s World Heritage Sites in Japan as it is a “source of artistic inspiration.” It is also considered to be sacred by the people of Japan and has been worshipped for centuries. Locals as well as tourists are welcome to climb to the top of the mountain and more than 300,000 people climb up each year. But don’t let its beauty distract you too much as the mountain is still an active volcano that last erupted in 1707.  If, however, you wish to go on a day trip, we recommend a bus tour that will take you to the Fifth Station of Mt. Fuji and well-known sightseeing spots in the environs such as the Five Lakes of Fuji known as 'Fuji-go-ko' and Hakone. 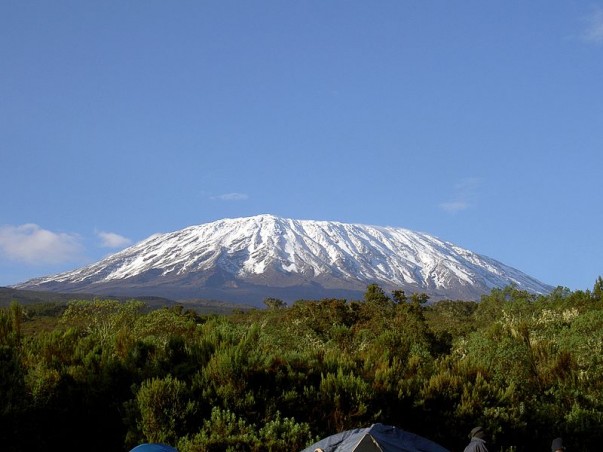 Mount Kilimanjaro is better known as the rooftop of Africa

Although it is currently inactive with the last eruption 360,000 years ago, Mount Kilimanjaro’s most recent activity was about 200 years ago. With its three volcanic cones – Mawenzi, Shira, and Kibo, Kilimanjaro is one of the most beautiful mountains in the world. Mawenzi and Shira are extinct but Kibo, which is the highest peak, is dormant and can erupt again. Mount Kilimanjaro has beckoned to climbers for years as it is not only the highest peak in Africa but also the highest free-standing mountain in the world. This means that once you get to its snow-capped peak, you will be offered almost uninterrupted views of the surrounding savannah. 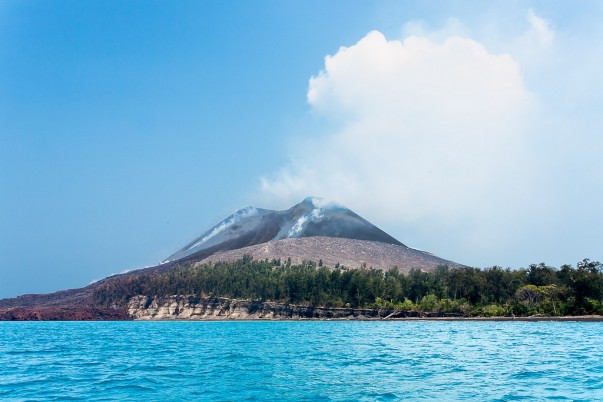 Located between the islands of Java and Sumatra, Krakatoa is infamous for its catastrophic eruption in 1883, which is amongst the most violent events in the modern recorded history – causing huge tsunamis, killing thousands of people, and destroying over two-thirds of the island. The explosion was so massive that the sound was heard all the way to Perth in Australia nearly 3,000 miles away. The eruption tore the existing island apart and another volcano called Anak Krakatoa or ‘Child of Krakatoa’ rose from the sea. This new volcano’s last eruption was in 2008 and since then, it has been erupting. If you have any interest in geology or history or just wish to see the destructive power of Mother Nature, then a trip to Krakatoa is a must.