Home / History / Railway Parcels Post Office - Why Do this? 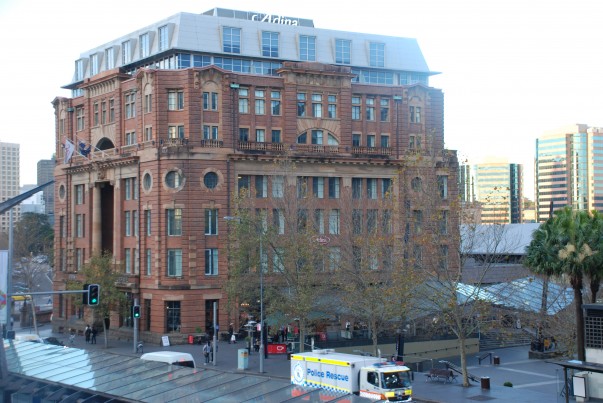 Railway Parcels Building, Sydney - Akin to adding a mule's head on a horse

Heritage doesn't speak for itself. People are expected to speak and standup for preserving the heritage in their city, region and country, to say the least. Here we see a beautiful building of 1906 with an ugly hat. Even if the choice was to bring this building down altogether or put this appendage over it, I think the city should have opted to bring the building down altogether.

Railway Parcels Post Office Building is part of one of the grandest railway station complexes planned in the early 20th century. Railway Square (as Central Square was called then) had this iconic building identifying one corner of the square, diagonally opposite to the clock tower. By spoiling this building for a couple of million dollars, this city of Sydney lost a great piece of architecture. Yes, when you lose something you gain something too. The city and its residents have gained notoriety for being insensitive to their own heritage.

Also Read: Top Things to do in Sydney

This can be undone, the upper two floors can be knocked off, the black slanting roof can be brought back. If this can be erected, it can be destroyed too.  Every building of the late 19th century and early 20th century has a statement to make. The architects of the times gone by gave tremendous importance to geometry in terms of architectural planning and visual facade. This building displays that so well.

Sydney, it is time for you to reclaim your building.