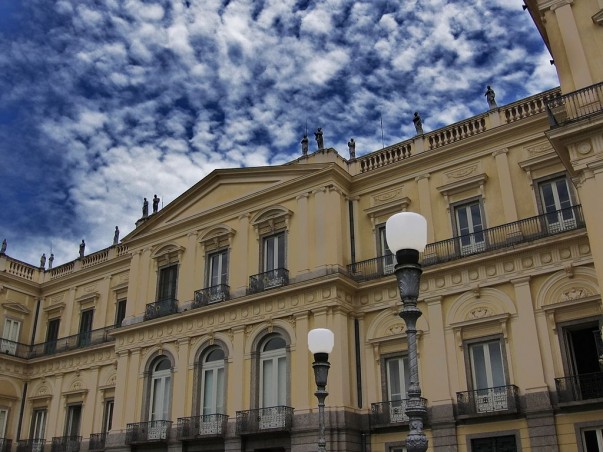 One of the important museums in Brazil is the National Museum of Brazil. The country of Brazil is located in South America. It is the fifth largest country in the world by area. It is bordered by the Atlantic Ocean and all the South American countries except Chile and Ecuador. The city of Rio de Janeiro is the second major Brazilian city. The city was the capital of the country from 1763 to 1960. The city is nicknamed A Cidade Maravilhosa or ‘The Marvelous City’. The National Museum of Brazil is one of the most visited sites while sightseeing in Rio de Janeiro.

The National Museum of Brazil is known as ‘Museu Nacional’ in Portuguese. This research institution and the centenarian museum is located in the Quinta da Boa Vista Park in the city. The history of this Brazilian museum goes back to the early 19th century. The National Museum of Brazil was established in 1818 by the King of Portugal Dom João VI. It was established as the Royal Museum with the objective of stimulating scientific research in Brazil.

Earlier, the National Museum of Brazil housed animals like stuffed birds and botanical specimens. Because of this, the museum came to be known as the ‘House of the Birds’ by the locals. This Rio de Janeiro museum started attracting various European naturalists of the 19th century gradually.

Many researchers and naturalists started visiting the museum after the marriage of D. João VI's son and Brazil's first Emperor, Dom Pedro I (1798–1834) with Princess Leopoldina of Austria.

Some of the eminent naturalists who visited this museum in the course of their career were Johann Baptist von Spix (1781–1826), Maximilian zu Wied-Neuwied (1782–1867) and Carl Friedrich Philipp von Martius (1794–1868). The Royal Museum’s collection was contributed by many European researchers like the Baron von Langsdorff (1774–1891) and Augustin Saint-Hilaire (1799–1853).

With request from Emperor Dom Pedro II, the Museu Nacional started diversifying into areas of paleontology, anthropology, and archaeology. The Emperor was a supporter of sciences and was an amateur scientist. He contributed numerous collections of ancient Egyptian arts, botanical fossils, and other things. With all these contributions it became the most important museum of Natural History and Human Sciences of South America.

After the emperor was deposed in 1889, the collections of the National Museum of Brazil were shifted to the Paço de São Cristóvão which was the official residence of the emperors in the Quinta da Boa Vista.

The management of National Museum of Brazil was transferred to the University of Brazil in 1946. The collections of the museum include animals, Egyptian mummies, minerals, insects, Aboriginal collections of utensils, meteorites, and South American archaeological artifacts and fossils.

This museum is one of the foremost in the study of human and natural heritage.