Home » What's So Interesting about These National Parks in the US ?

What's So Interesting about These National Parks in the US ?

Sitting around a campfire, admiring the beauty of rolling hills, and anticipating a brush with adventure fill you with excitement. The US, the third biggest country in the world, has stupefied travelers with its bottomless canyons, mighty peaks, endangered species, and unfathomable caves. A visit to some of the most popular national parks in the country gives you the pleasure of touching the tallest trees on earth, exploring the fossilized existence of prehistoric bird, and getting close to hot springs. Here's a list of national parks in the US that are either natural wonders of the world or world heritage site. 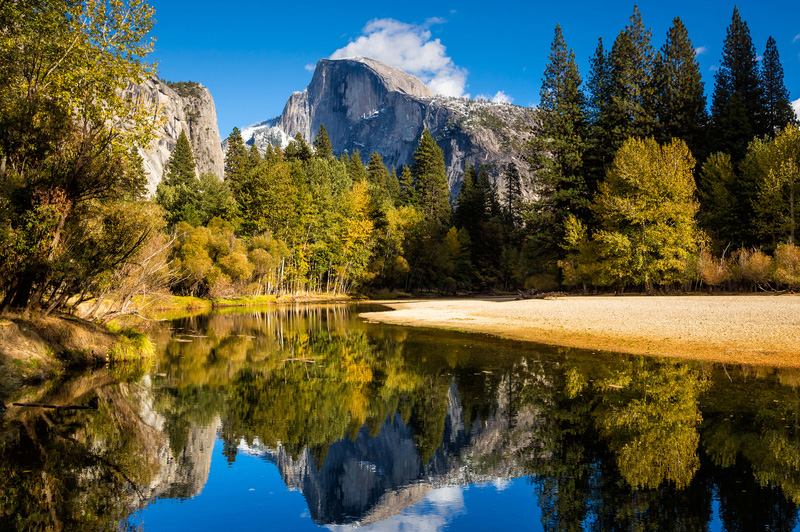 The third-oldest national park has a Giant Staircase created from a 317-ft waterfall.

When you look at the granite-dominated geology, wonder at the wilderness, and witness the highest waterfall in North America (Yosemite Falls), you know that this place is rare. The third-oldest national park has a Giant Staircase created from a 317-ft waterfall. The very sight of water cascading down the stone is breathtaking. From hiking to the iconic Half Dome to spotting Sierra Nevada red fox or black bear, Yosemite spoils you with the choice. It's no wonder that this UNESCO World Heritage Site is referred as “nature’s temple.” 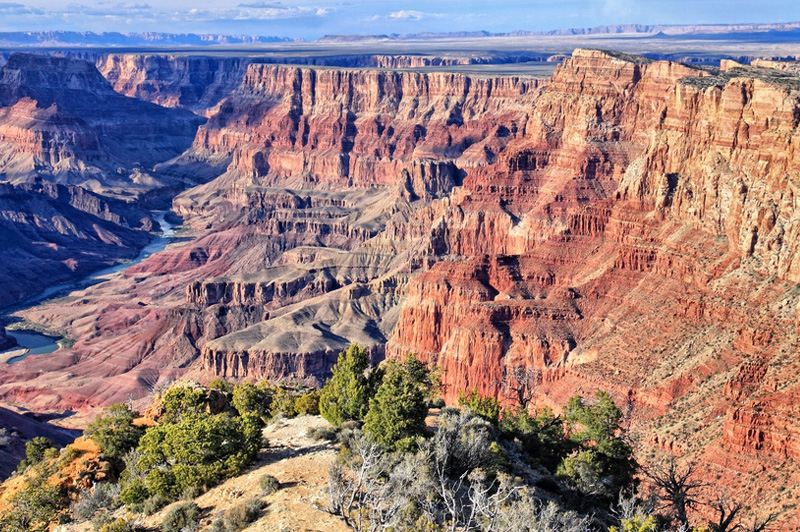 If there's one thing that Arizona is proud of, it has to be the Grand Canyon National Park.

If there's one thing that Arizona is proud of, it has to be the Grand Canyon National Park. In the words of US President Theodore Roosevelt, “It is one great sight which every American should see.” What is there in this national park that tempts travelers to visit? It is the Grand Canyon. With an artist's finesse, the Colorado River has crafted a deep chasm that's a mile deep; and the real adventure begins when you hike all the way down to the rushing river. That's when you appreciate the layers of colorful rocks. For a slightly different experience, stand on the Grand Canyon Skywalk – a horseshoe-shaped transparent bridge – and admire the top-down view of the canyon. 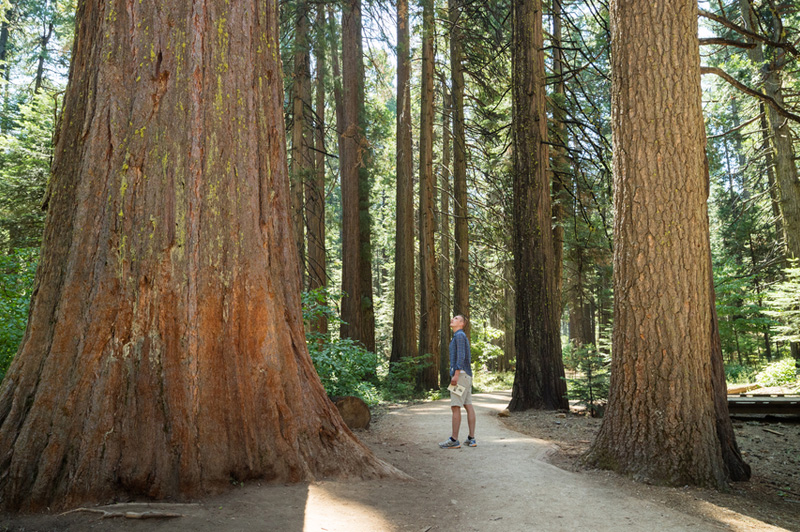 It's a privilege to walk through a coastal redwood forest with trees as old as 160 million years. The World Heritage Site in Northern California is home to world's tallest trees – Redwoods – that are sometimes taller than the Statue of Liberty. From Star Wars to The Lost World, Hollywood was inspired to feature this destination. If you are granted permission to visit the Tall Trees Grove, half the battle is won. That's the place to see the Libbey Tree, the only tallest tree that you can actually see because locations of other tallest trees have been kept secret. 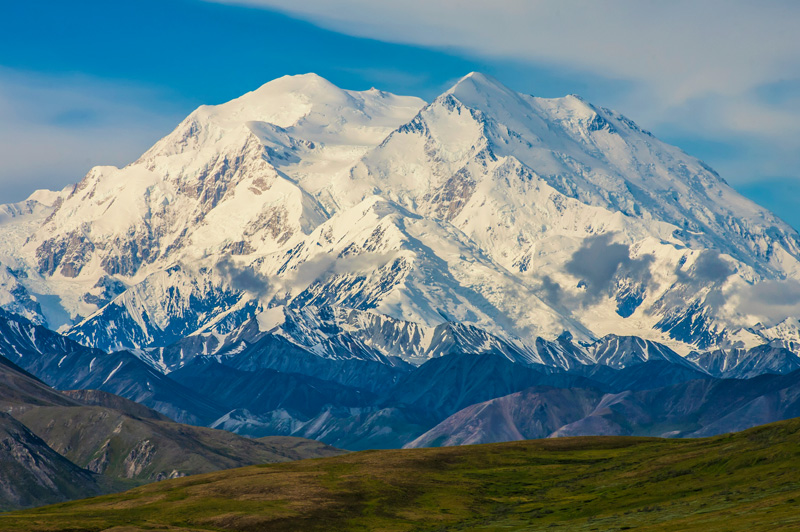 Even during the height of winter, when the Park is frozen, you can't stop gazing at its surreal beauty.

Six million acres of Alaskan wilderness can give you the best time of your life. You just have to take in all that surrounds you. Even if you don't dare to scale Denali, the highest peak (20,320 ft) of North America, the Park has more treasures up its sleeves. It is here you get to see the oldest rocks in the world, the fossils of prehistoric birds, and spot grizzly bears in Sable Pass. Even during the height of winter, when the Park is frozen, you can't stop gazing at its surreal beauty. 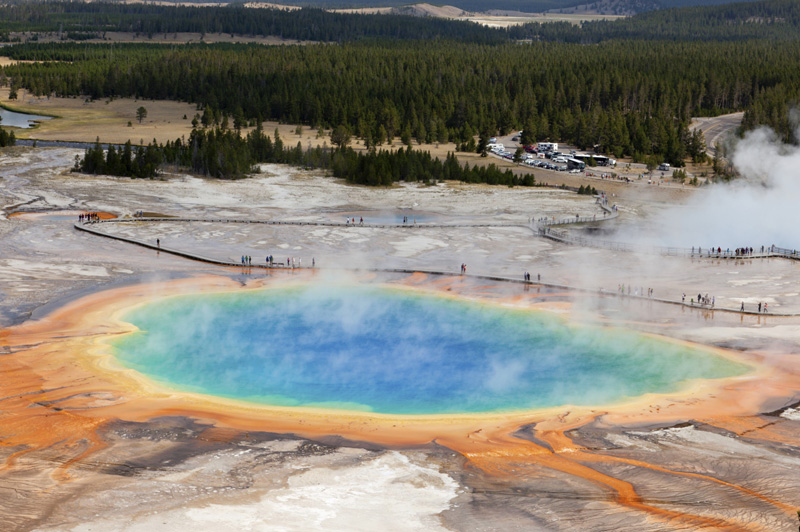 What makes you curious about the Yellowstone National Park is the fact that it's the first national park in the world.

What makes you curious about the Yellowstone National Park is the fact that it's the first national park in the world. It has the distinction of having the largest collection of geysers and hydrothermal features. As you look at the hot springs and fumaroles, herds of bison pass by in a rhythmic ramble. This wonderland never ceases to surprises you. Just when you think that the Yellowstone Lake (largest high-altitude body of water in North America) is the watershed moment, the waterfalls drum up the excitement. Despite all this, you would regret if you couldn't conquer the Eagle Peak, the highest point in this UNESCO World Heritage Site. 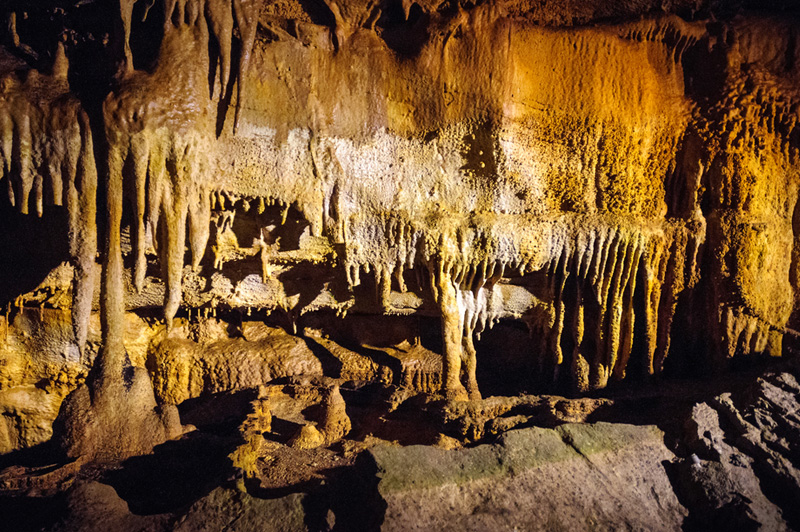 The national park is certainly mammoth as it preserves the world's longest known cave system.

This UNESCO World Heritage Site is a gateway to a different world where discovery is still waiting to happen. The national park is certainly mammoth as it preserves the world's longest known cave system. Every traveler swears by the experience of underground boat tour that takes you through lakes, rivers, and limestone caverns. The names like The Fat Man’s Misery or The Frozen Niagara are as unique as the geological formations they are. Explore the hidden chambers and labyrinthine cave system to see a different facet of this national park. Know More