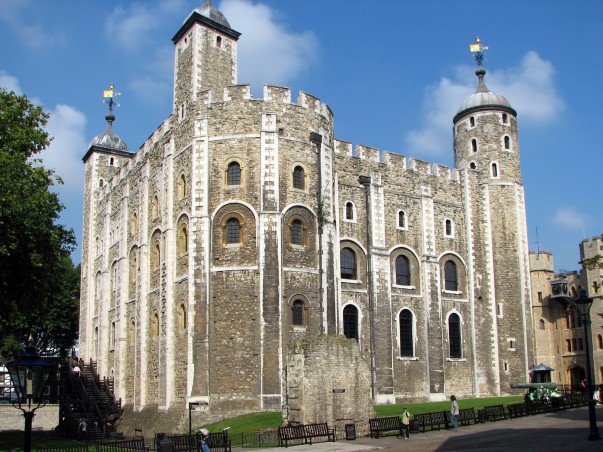 Tower of London - A historic castle on the north bank of the River Thames.

The most popular tourist attraction in England, the Tower of London dates back to 1066. Initially built as a royal residence, the Tower has subsequently been used for various purposes like a prison, an armory, a treasury, a menagerie, the Royal Mint, a public records office, and the home of the Crown Jewels of the United Kingdom.

A historic castle on the north bank of the River Thames in central London that attracts thousands of tourists every year, the Tower of London is the common name given to Her Majesty's Royal Palace and Fortress.

It was constructed towards the end of 1066 as part of the Norman conquest of England. The Tower is a complex of several buildings set within two concentric rings of defensive walls and a moat. From 1100, the Tower was used as a place of imprisonment but it was not originally constructed for use as a prison. In its early days, the Tower was a palace serving as a royal residence. It subsequently underwent several expansions, especially under the kings Richard the Lionheart, Henry III, and Edward I.

The Tower of London has a prominent place in England's history. It was used as a place of refuge for unpopular monarchs and at times as a center of government. Today, the Tower of London is under the care of the Historic Royal Palaces charity and is a UNESCO World Heritage Site. It houses the Crown Jewels of the British monarchs, including jewels, plate, and symbols of royalty such as the crown, scepter, and sword and is one of the country's most popular tourist attractions. Per figures released by the Association of Leading Visitor Attractions, nearly 2.4 million people visited the Tower of London in the year in 2009.

Be dazzled by the 23,578 gems that make up the Crown Jewels, including the glistening Imperial state Crown, which alone has 2,868 diamonds 272 pearls, 17 sapphires, 11 emeralds and 5 rubies.
This astonishing collection of priceless Coronation Regalia had been an unmissable highlight of any visit since the 17th century.

Legend has it that Charles II believed that if the ravens were ever to leave the Tower, the fortress and the kingdom would fall.

Inside its menacing walls you can enjoy the surprising serenity of the Chapel Royal of St John the Evangelist, a unique survival of an 11th century fortress chapel.

William the conqueror's mighty White Tower, completed by 1100, marks the start of the Tower of London's history as both a palace and a fortress.

Today it houses displays from the Royal Armouries collection, which included the armour of Henry VIII.

Join one of these famous tours and one team of Yeoman Warders (popularly known as 'beefeaters') will entertain you with 60 minutes of great tales from the tower: intrigue, imprisonment, execution, torture, ghosts and much more...!

Prisoners at the Tower

The Tower has held many famous prisoners, from the highest levels of society. During your visit do not miss the Prisoners Exhibition in the Beauchamp Tower and inspect the graffiti left by prisoners from five hundred years ago. In the infamous Bloody Tower you can solve the mystery of who murdered the little princes, and see gruesome instruments of torture in the Lower Wakefield Tower.

Discover what life was like in the surprisingly luxurious Medieval Palace and explore the stories of Henry III, Edward I and their courts at work and at play in the very rooms that they used.  Don't miss the impressive replica of Edward I's bed spangled with gold stars, and experience the sounds and aromas of life in a royal medieval household.

« Pizza and Curry, Fremont, CA- Review Wadi Al-Hitan or The Valley of Whales »