Home » Top 6 Waterfalls in Canada That Hikers Swear By

Top 6 Waterfalls in Canada That Hikers Swear By

Watching a river gushing out from nowhere and falling off the cliff is truly liberating. There is something therapeutic about the rush, the roar, and that deep fall. Waterfalls are an acoustic delight and a visual thrill that make you hunt for the lookout points. Canada has some of the most majestic waterfalls in the world and that's where a hiker's love for this country begins. Stoic and frigid during winter, these waterfalls spring back to vociferous best during the warmer months.

For a change, let's not give all the glory to the Niagara Falls and discover the grander yet lesser-known falls you can hike to. 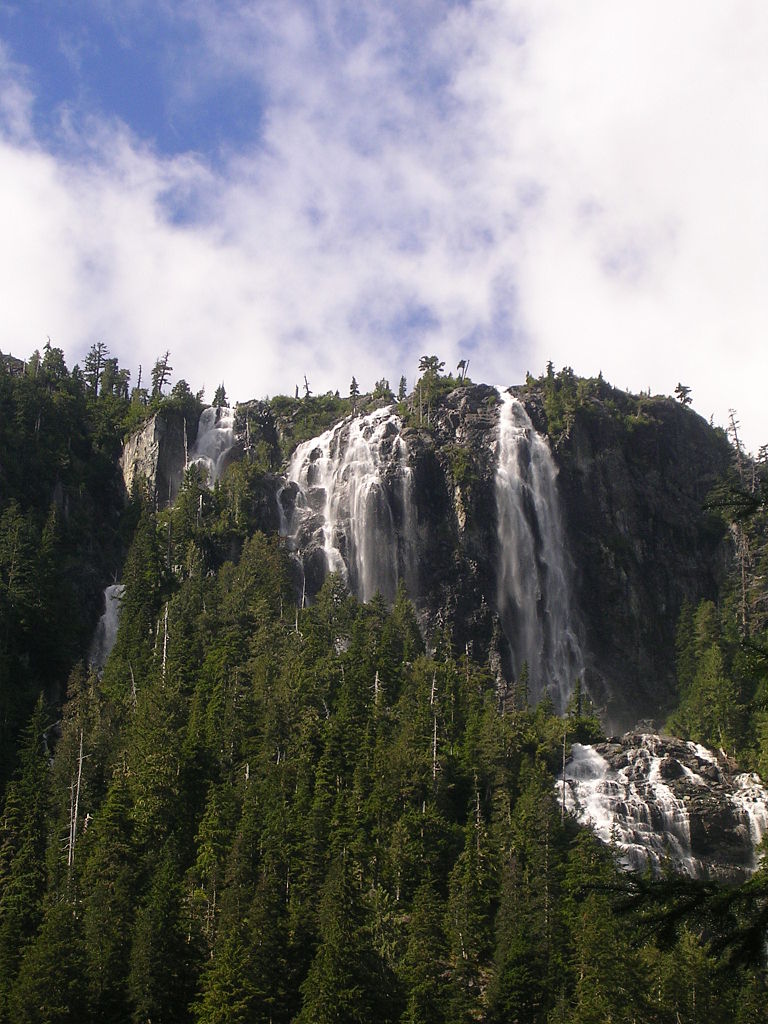 Climb the 15-km ascent from the base camp in Strathcona Park.

It's lofty and captivating. Della Falls are not just a series of three cascades emerging from a glacier-fed lake, but a spectacular sight worth hundred verses. The only way to make the most of this beautiful destination is to climb the 15-km ascent from the base camp in Strathcona Park. When you come to know that it is more than eight times the height of the Niagara Falls, the excitement doubles up. It’s like standing at the brink of the world and watching a vertical drop of nearly 440 meters (1,445 feet). 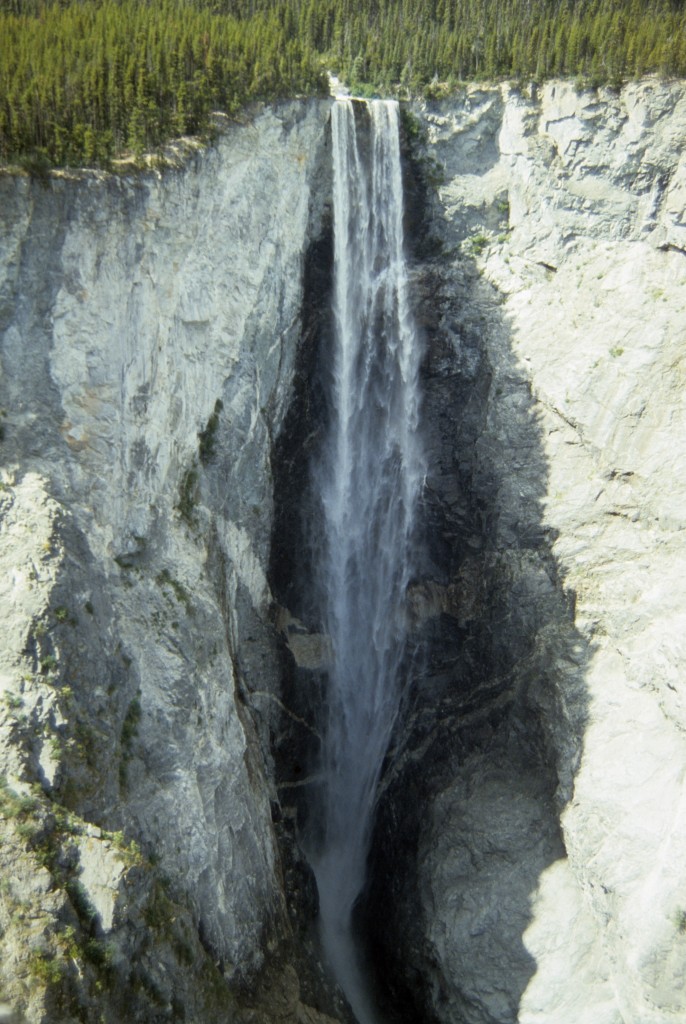 Counted among Canada’s third highest waterfalls, Hunlen is known for its continuous unbroken drop of 401 meters (1,316 feet).These falls are a remote beauty inside the Tweedsmuir Provincial Park in British Columbia. If time is not a constraint, then walk all the way to these stunning falls instead of opting for the float-plane. This 16.4-km-long one-way trail is marked by several switchbacks. A hiker takes up this challenge because the end is rewarding. For an easier hike, come to Turner Lake and take the 1-km trail to the lookout. 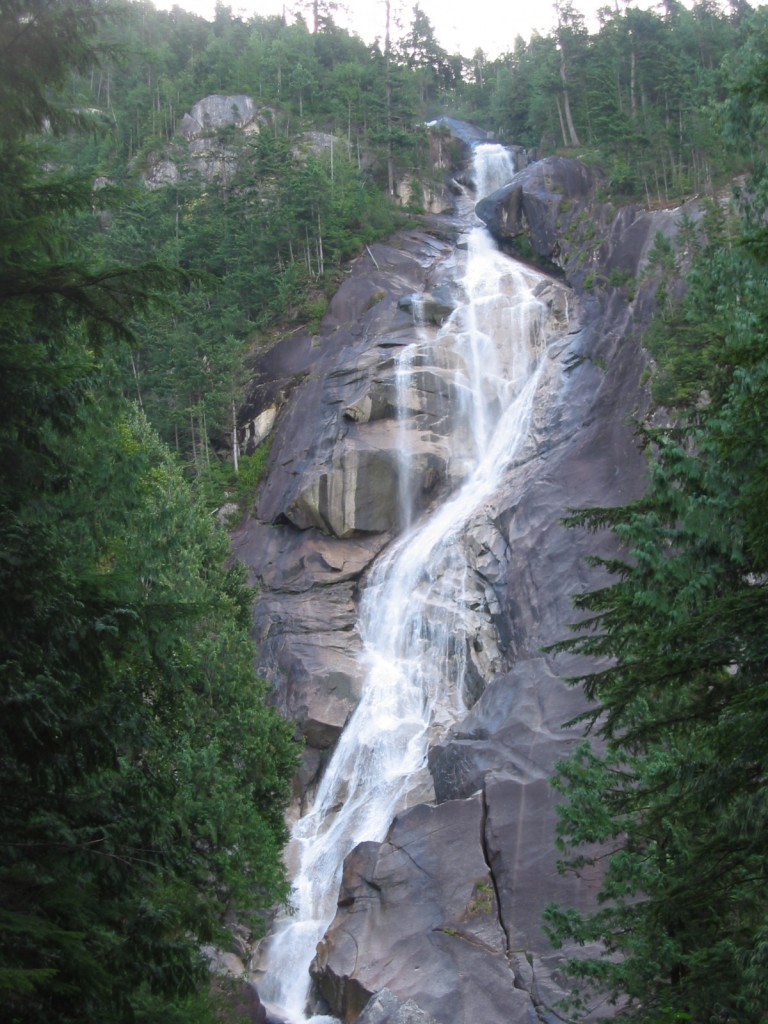 Despite being one of the most easy-to-access tall waterfalls in North America, Shannon Falls remains somewhat cocooned.

A few hundred meters of walk through the forest of Douglas fir and Western red cedar and what you behold are lofty waterfalls. Your day is made! Despite being one of the most easy-to-access tall waterfalls in North America, Shannon Falls remains somewhat cocooned. So, if you want to catch hold of one of the tallest waterfalls in British Columbia, try any of the 'gentle' walking trails leading to several viewpoints. 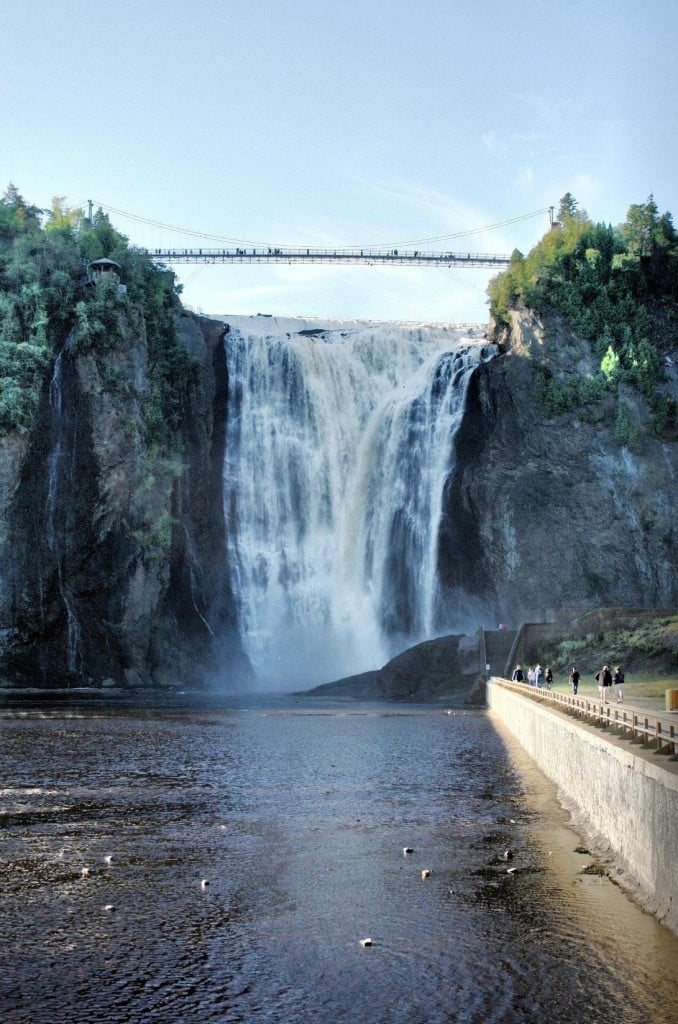 This 83-meter-tall fall is higher than the Niagara Falls and certainly more impressive.

This 83-meter-tall fall is higher than the Niagara Falls and certainly more impressive. The suspension bridge over the crest is the best place to soak in the view of Montmorency Falls. Although driving or taking a cable car to the top of the bridge is an option, they are half as exciting as hiking. Walking back down the wooden steps on the other end of the falls is equally gratifying. There are travelers who swear by the summer time look of the falls when it is illuminated. 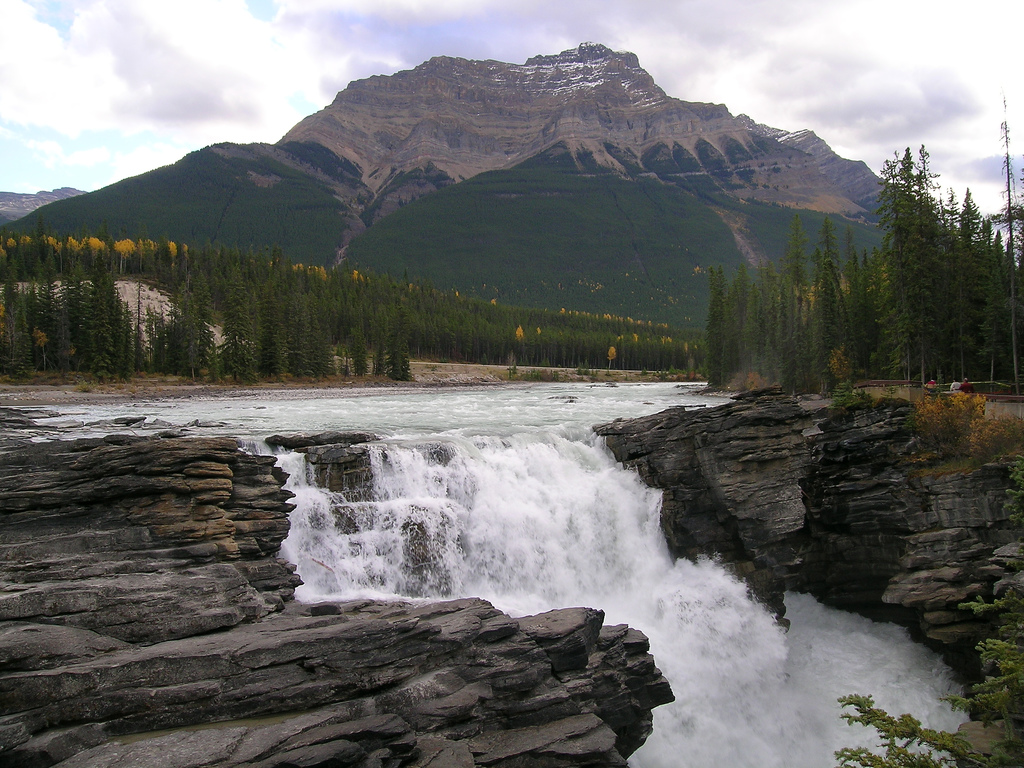 Athabasca Falls are stunning not because of height (23 meters) but for the sheer force they generate.

Athabasca Falls are stunning not because of height (23 meters) but for the sheer force they generate. It’s a very large volume of water falling into the gorge. Walking along the limestone gorge before reaching a viewpoint is an experience you can't barter for anything else in the world. Give yourself some time and gaze at the sweeping view of the mountain. A photographer will have a jolly good time capturing every mood of the falls from different viewpoints. There are multiple routes through Jasper National Park that beckon the hikers to come and conquer. 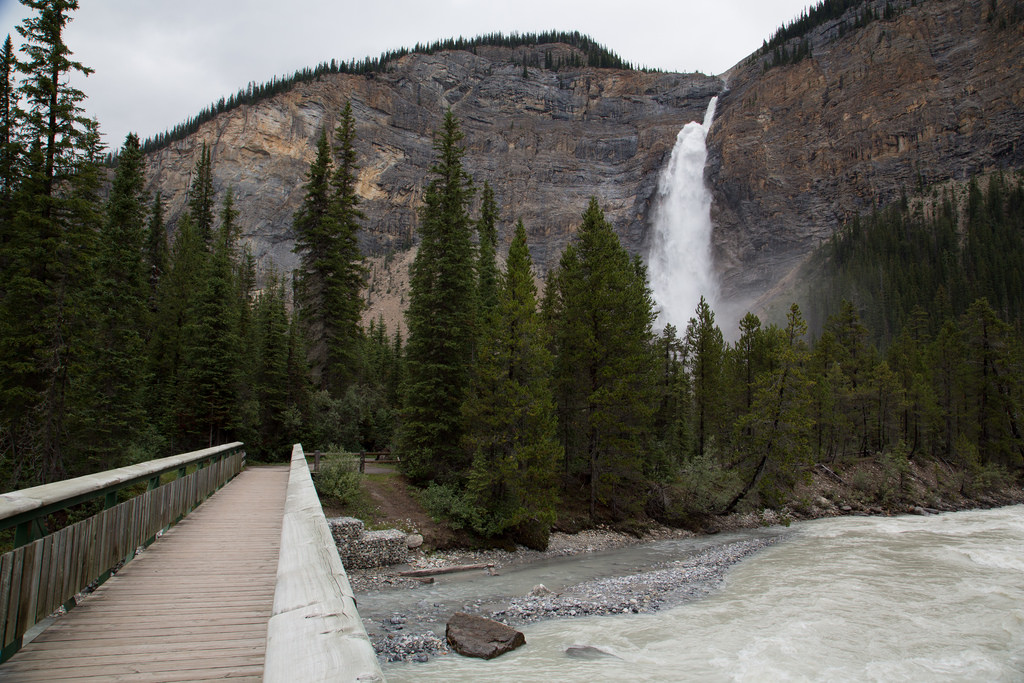 The second tallest waterfalls in Canada offer many prologues before finally making an appearance in full glory.

The second tallest waterfalls in Canada offer many prologues before finally making an appearance in full glory. When you embark on a half-day walk to Takakkaw Falls, you come across Emerald Glacier, glacial lakes and the magnanimous view of Canadian Rockies. There's a risk of being so mesmerized by the beauty of the falls that you miss out on the surrounding charm.

Related: Highest Waterfalls In The World