Home / Facts / Did You Know Magura Cave in Bulgaria Hosts Concerts and has a Wine Cellar?

Did You Know Magura Cave in Bulgaria Hosts Concerts and has a Wine Cellar?

The Magura Cave in Bulgaria is a natural wonder that's believed to have started taking shape about 15 million years ago. It is considered the most extensive post-Palaeolithic painted cave in Europe. Be it the fantastic rock formations, the remnants of the early Bronze Age, or the ceramic remains of the Iron Age, this cave is a book of mystery for travelers. Located near Rabisha Lake – the largest inland lake in Bulgaria – the Magura cave has history painted all over it. It stands as a lone witness to the life that breathed on earth thousands of years ago. 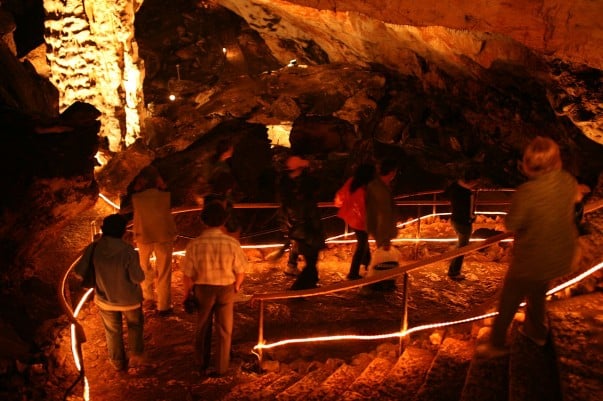 Here are eight facts about Magura Cave that will leave you in wonderment:

It is one of the largest caves in Bulgaria with an overall length of about 2500 meters. Each of the cave halls is more than 200-meter long, over 50-meter wide, and over 20-meter high.

More than 700 paintings have been discovered in the cave. These paintings, which depict women, masked men, hunting scenes, plants, and stars, were all painted with guano (excrement) of the bats. The paintings on the walls arguably date from as early as Paleolithic Age to the beginning of the Bronze Age.

This cave in northwestern Bulgaria has one of the richest collections of geological formations, and that too, of different shapes and sizes. Apart from 'The Fallen Pine', one of the largest stalagmites (length 11 meters and diameter of the base is six meters) discovered in Bulgaria, there are stalactites, columns, cave pearls, Geodesic formations, and 'cave milk.'

It is perhaps the only cave in the world that has a wine cellar inside it. A certain section of the cave is now a dedicated place for aging sparkling and red wines, thanks to its climatic conditions resembling that of the Champagne region in northeast France. Natural fizzy wines are produced with the help of classical technologies.

In the summers of 1974 and 1975, the Magura cave was used for speleotherapy and asthma treatment in which 30 patients spent 12 consecutive nights sleeping inside the cave. Consistency in humidity and temperature ensured absence of allergy agents and hence, it helped in speedy recovery from bronchial asthma.

This well-lit cave is often thrown open for the music enthusiasts to host concerts, especially during Christmas and Easter. Interestingly, the place doesn't cause any claustrophobic feeling to the audience.

In 2012, it was declared as one of the newest Miracles of Bulgaria.

Extra Tip: Don’t forget to carry your cameras, selfie sticks, mono/tripods, and other professional camera equipment as photography is allowed.