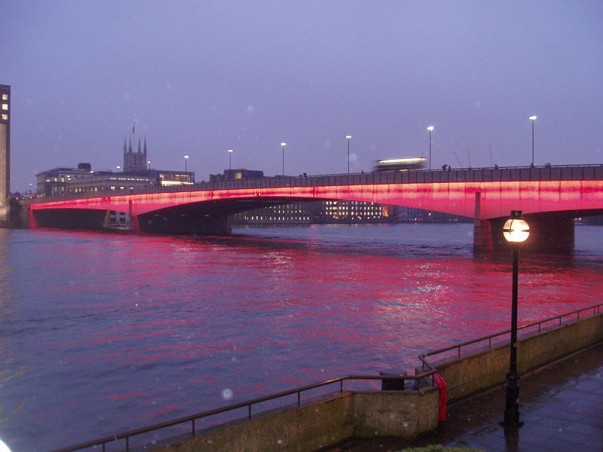 London Bridge connects London with Southwark and is an important bridge on Thames River that is also an important destination for millions of tourists visiting London. It also houses the very popular The London Bridge Experience show which helps people know about the history of London Bridge

London Bridge over the Thames River connects the City of London to Southwark, in Central London. Situated between Cannon Street Railway Bridge and Tower Bridge it forms what is referred to as the western end of the Pool of London

London Bridge has a history that dates back to the Roman occupation of the area we now know as London. Evidence suggests that the first bridge across the Thames in the London area was built of wood by the Romans around 50 AD. This bridge was built in the same area where London Bridge stands today.

London Bridge underwent many makeovers and renovations over the years. The current London Bridge was designed by Mott, Hay, and Anderson and opened for public on March 17, 1973, by Queen Elizabeth II. Bridge House Estates, an independent charity overseen by the City of London Corporation currently owns and maintains the bridge.

One of the most popular destinations for tourists visiting London, it houses the famous 'The London Bridge Experience' in vaults below its southern abutment. It is a relatively new tourist attraction in London which takes tourists through the history of London Bridge. 'Hollywood' style sets and scenes have been set up to give tourists the experience of interacting with Vikings, Romans, Keeper of the Heads and much more. It offers visitors a mix of history and horror and is a very popular destination for people traveling to London.