Palm Sunday Celebrations Around The World 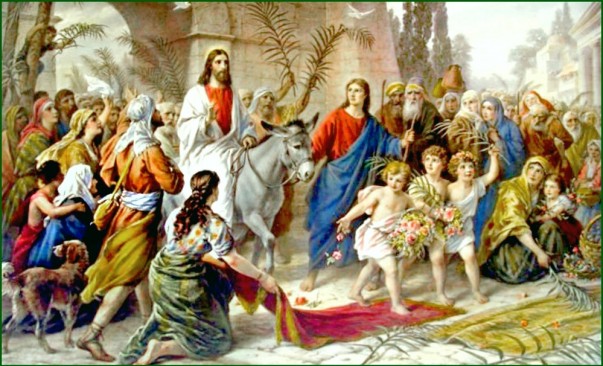 Palm Sunday celebrates the arrival of Jesus in Jerusalem

Palm Sunday falls on the Sunday right before Easter and marks the beginning of the Holy Week, the most important week in all of Christianity. It is also the last week of the Lent or Lenten season which is the time when many Christians choose to prepare for Easter by fasting, moderation, repentance and spiritual discipline. The final week sees a culmination of all that and as such, it is celebrated with much fervor.

Palm Sunday celebrates the arrival of Jesus Christ into Jerusalem on a donkey rather than a horse as a sign that he came in peace. The citizens of Jerusalem welcomed him by spreading their cloaks on the ground in front of him and waving palm leaves. Each year, people from around the world have formed their own unique traditions that have evolved over the years. The following are some of the most unique ones.

The people from Poland face a small problem when it comes to celebrating Palm Sunday or Niedziela Palmowa as it is called in Polish. Palm trees are not indigenous to their region. As a result, the Polish people have improvised by using pussy willow branches called baize or kotki which are in bloom. However, spring season in Poland generally starts late in April and in the event that Palm Sunday falls late in March or early in April, the branches are cut and then placed in a vase of water in a warm room until they start budding green. 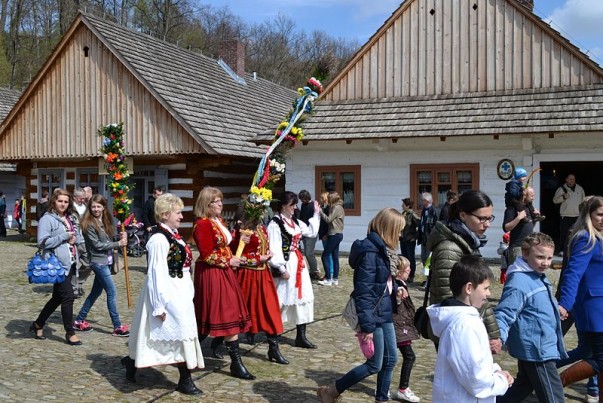 Procession being carried out during Palm Sunday

However, they also elaborately decorate these branches with branches of birch, currant, boxwood, dry flowers, raspberry, grass as well as other decorations such as ribbons. This naturally led to various different competitions. In many parts of the country, prizes are awarded for the most beautifully decorated palms. People also compete with each other to create the tallest palms they can. On average, the height of these palms are generally around 4m (13ft) tall however, there are some that are even taller with the winning entries coming in at over 30m (98ft) tall! 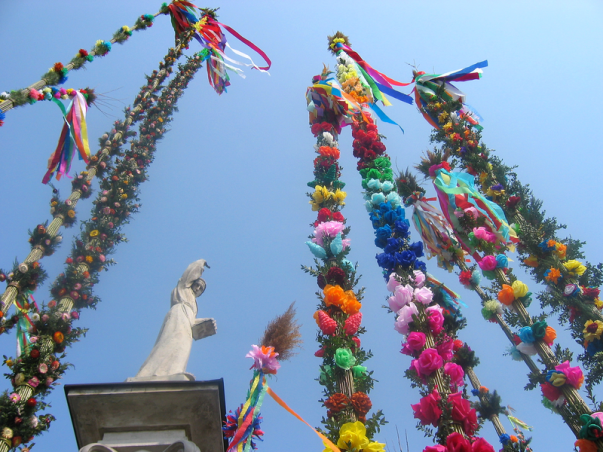 Decorated Palms on display during the Sunday celebrations in Poland

Israel comprises of a major section of land known as the Holy Land, a region that has significant religious importance to Muslims, Jews, Baha’is and Christians. It is where the city of Jerusalem is and hence it is where it all began. So it is understandable that the city has massive celebrations during the Holy Week. 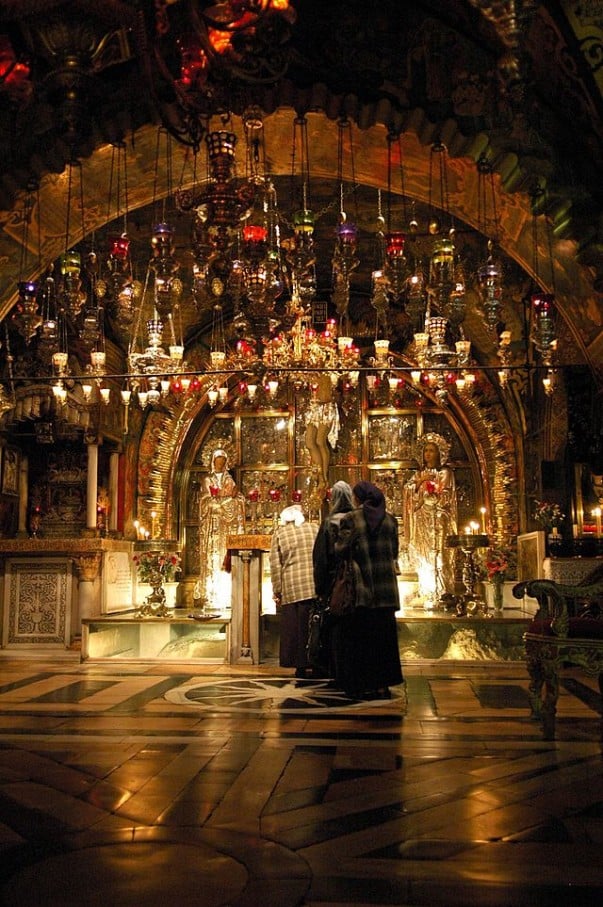 During the week, pilgrims from all over the world throng to the city to take part in processions that follow in the footsteps of Jesus Christ himself. For most Orthodox Christians and Catholic Christians, the celebrations are focused on The Church of the Holy Sepulcher which is considered to be the place where Jesus Christ was crucified and buried. But for Palm Sunday, the focus is on the Mount of Olives where pilgrims stream down carrying palm fronds and singing hymns, reenacting Jesus’ entry into the city of Jerusalem. 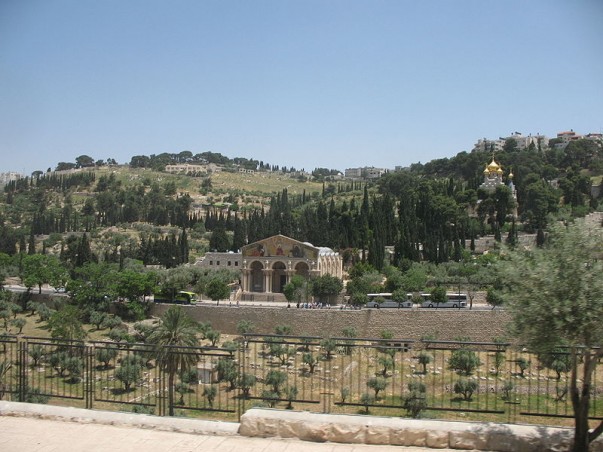 Basilica of the Agony and Church of Saint Mary Magdalene

The island nation of Philippines has a population of over a hundred million people making it the 7th most populated nation in Asia and over 90% of them practice Christianity. So it is quite obvious that the Holy Week is celebrated with much fervor in the country. One of the traditions associated with Palm Sunday is the reading of the religious texts or pabasa. It usually starts after the mass on Palm Sunday but is also organized during other days of the holy week. These can last all day or all night and either ends on or before Good Friday. There is a tent erected next to the church or chapel called the kubol where food and drink is served to the readers as well as to those that are present. 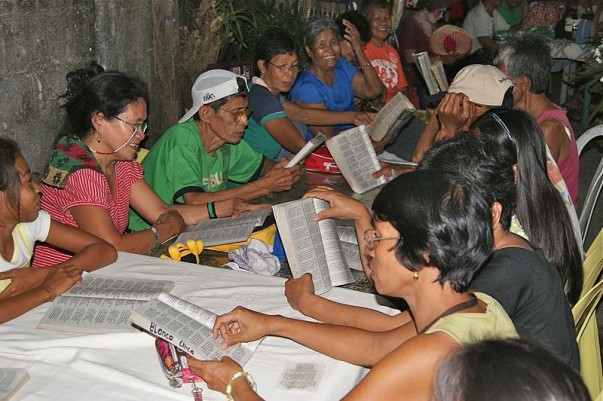 Each part of the country has its own unique way of celebrating Palm Sunday, usually through processions. In the city of Santa Isabel, the procession is lead by an image of Christ on a donkey and the local women lay down their aprons or tapis as the priest walks by. In the town of Gasan, The priest himself rides a pony on the way to church.

The country of Spain is famous for its Holy Week celebrations which are known as Semana Santa. The week sees elaborate processions that are carried out by numerous brotherhoods or cofradias. These fraternities date all the way back to the Middle Ages and wear elaborate penitential robes called nazarenos. The color of the robes as well as their form depends on the type of procession which is being carried out. They carry with them intricately decorated floats called pasos. These are adorned with large wooden statues of Jesus Christ, the Virgin Mary or any other personalities from the Passion, which is the final period of time in the life of Jesus Christ. 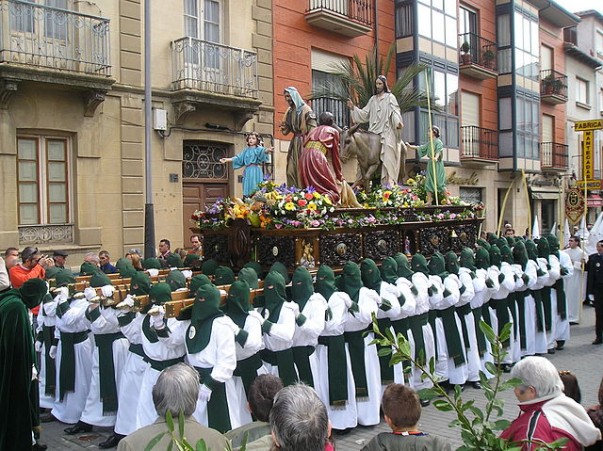 Palm Sunday Procession being carried out in Spain

Each city or region in Spain has their own little twist to the Semana Santa. For example, Elche is the only city in the world where the traditional crafting of palm fronds is still going strong. This makes a lot of sense when one takes into consideration the fact that Elche is the location of the Palm Grove of Elche or the Palmera which has over 70,000 date palms. The palm branches are plaited into forms and figures of stunning complexity and some are even exported to other countries.