A Heritage Walk in Kuala Lumpur 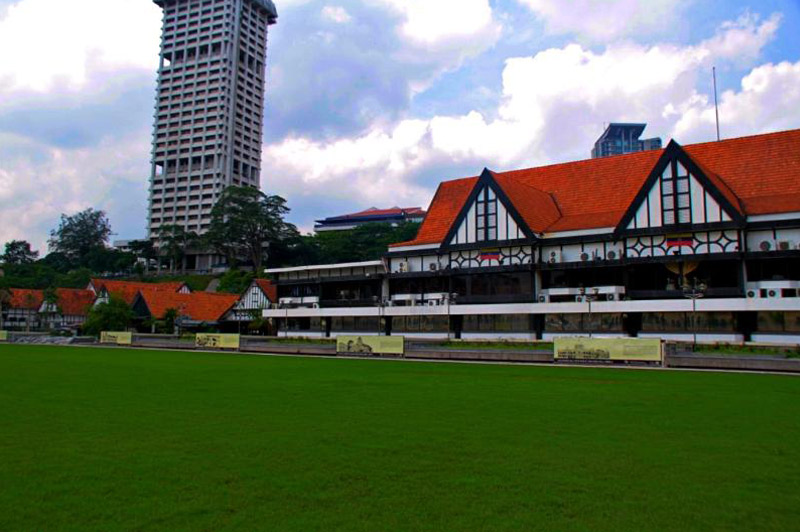 Kuala Lumpur, a vibrant metropolis, offers a stunning combination of contemporary and heritage architecture. Before you wonder why major attractions in Kuala Lumpur are situated in city center, consider the fact that during the city's early days, the development had started from the core of the center. I decided to take “Dataran Merdeka Square & Kampong Bharu Walk”, which is a great initiative by Kuala Lumpur Tourism Department to showcase their culture to visiting tourists. 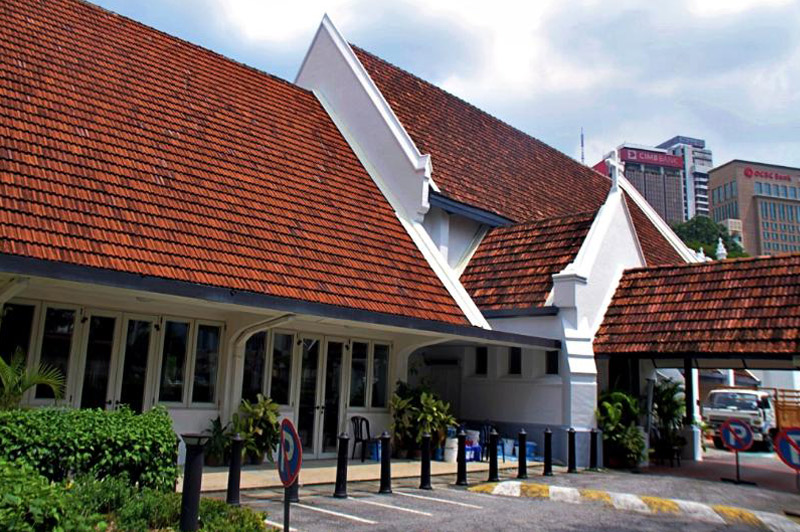 The Cathedral of St.Mary

You will see many international backpackers and travelers come for this walk. At any given time, there would be tourists from more than 18 nations in one group that has come to explore the history of Kuala Lumpur. 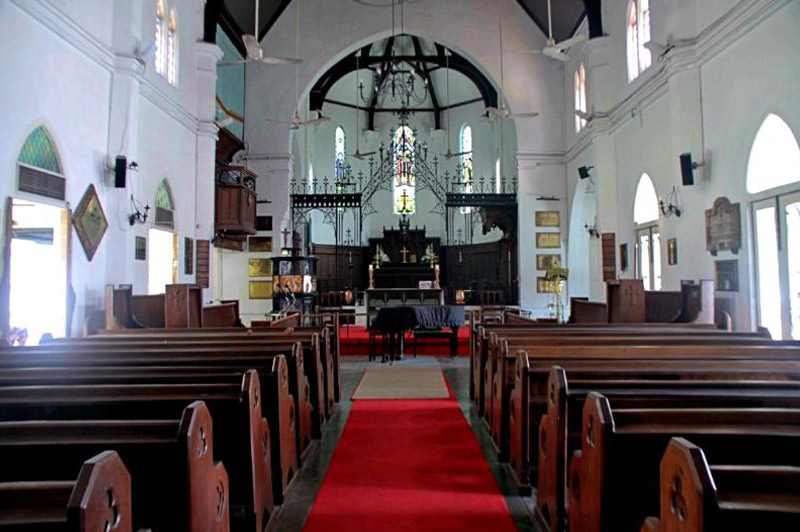 Inside the Cathedral of St. Mary

I visited Panggung Bandaraya DBKL theater, The Cathedral of St. Mary, Royal Selangor Club, National Textile Museum, along with some other fascinating destinations. 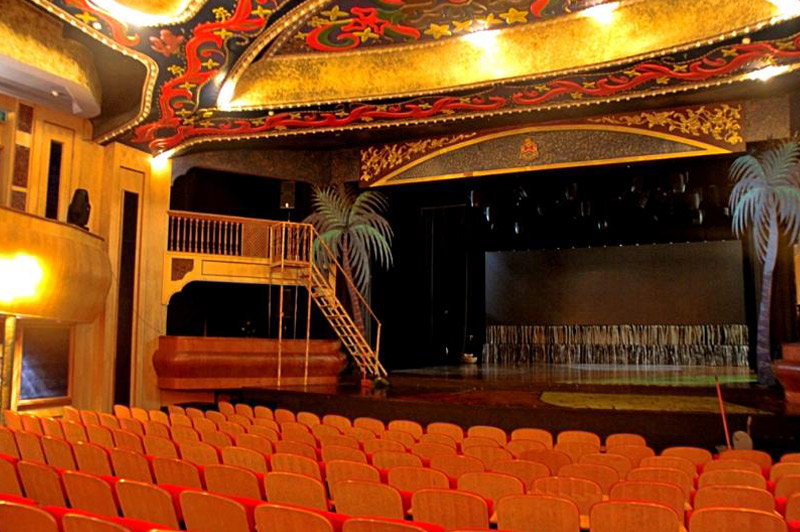 Here is the picturesque journey I took as a part of heritage walk. 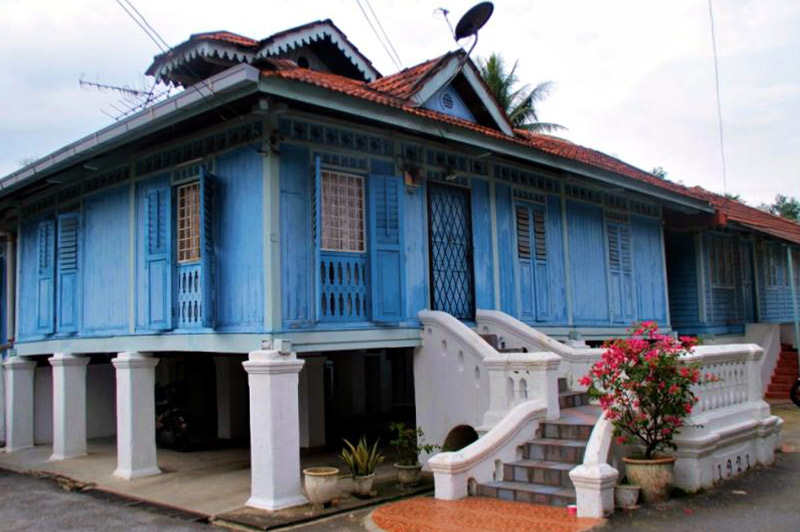 Raja, the guide from the official Kuala Lumpur City Gallery, narrated a fantastic story about the heritage houses in the vicinity. In the midst of towering buildings lies Kampung Baru, a 115-year-old patch of village where the history can still be explored. It gladdens your heart to see that the heritage Malay houses have been refurbished. 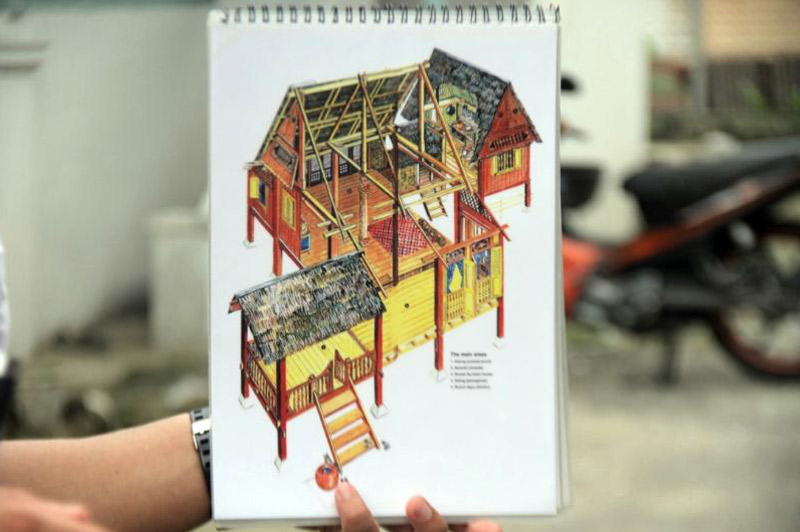 I saw a traditional 1921 Malay-Paaladian (European) Style house known as Master Mat’s House. Built in six months, the house is raised above the ground. It stands on pillars – either wooden or brick. Its local-style gable roof is covered with clay tiles. The standard of the family can be guessed by the difference in the roof style. The third generation of the late Haji Ahmad Bin Mohamed still lives in this house. Haji Ahmad Bin was a respected headmaster of an English school in Setapak. 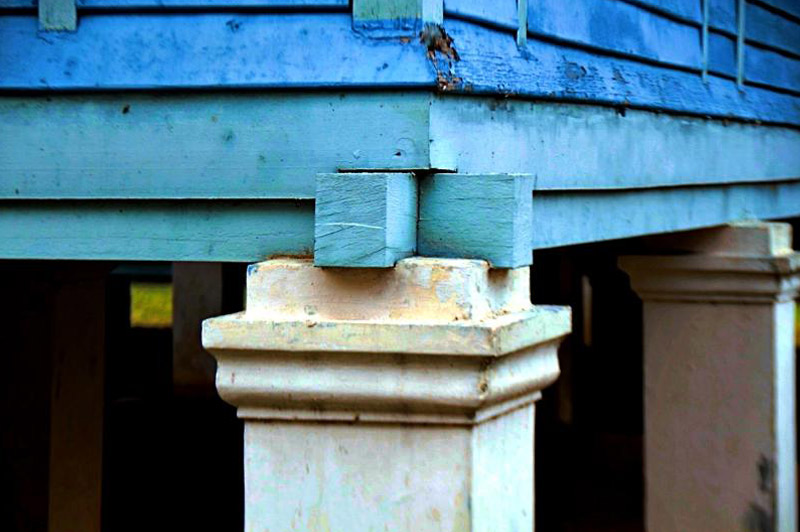 The strangest part of the house, which I found, was that they can move their main house from the sea level as the base of the house is connected with wedges and joining system. 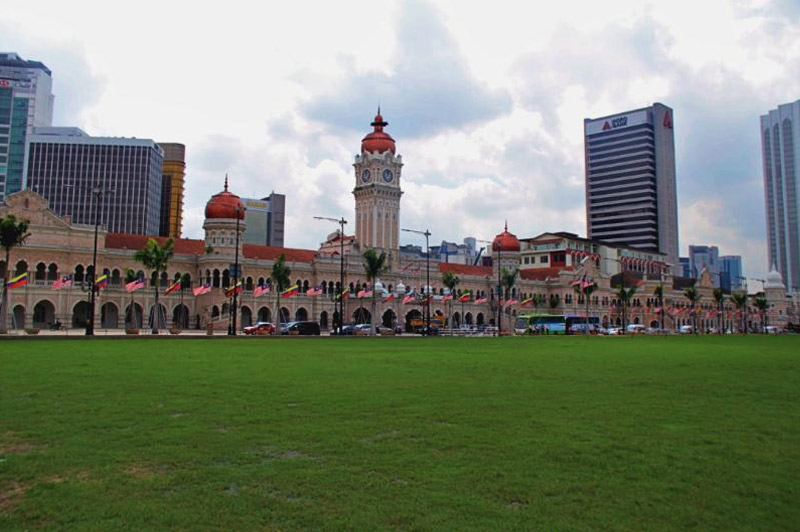 This building looks spectacular in night owing to its lovely architecture. Considered the first public building in Malaysia designed in the Indo-Saracenic (Mughal) style in 1897, it served as the administrative headquarters of the government. The road to one of the most iconic structures in Malaysia closes at night for tourists to walk and take pictures. Jade, the guide, mentioned how the laborers had to be careful as each brick was expensive. Around 4 million bricks, 5000 pounds of copper, 3000 cubic feet of timber were used to create this magnificent piece of art. 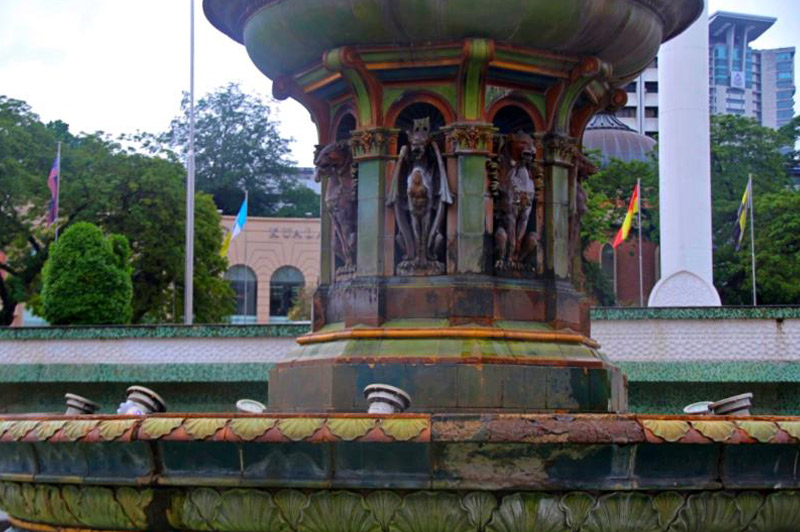 Jade narrated a lovely story behind the 100-year-old Queen Victoria Fountain in Merdeka Square. It was brought by the British company Violin Hardriff and assembled it here. The fountain was used by horses of the British officers. It was initially placed in the market square and when locals complained about the traffic of town horses, the fountain was shifted to Padang. The interesting part is the top of the fountain that bears some resemblance to KL Tower. It also blends well with the skyline. 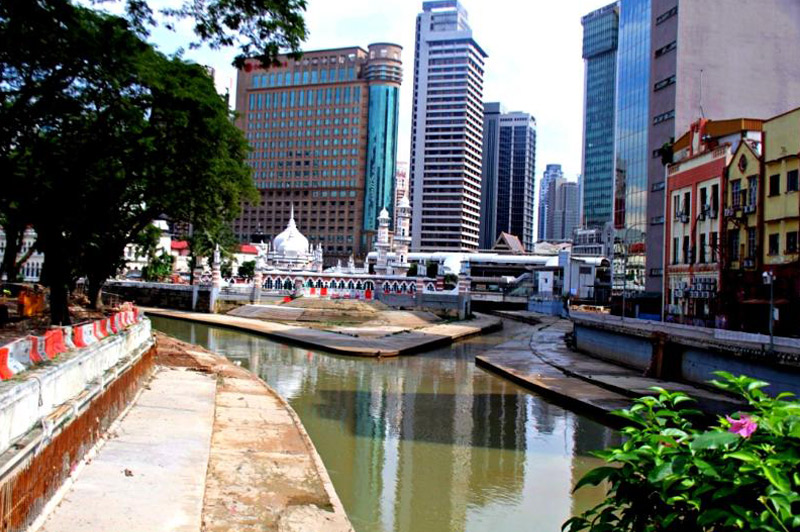 Confluence of Gombak and Klang rivers

A heritage walk in any city will leave you with incredible stories that you can relate with its yesteryear glories.