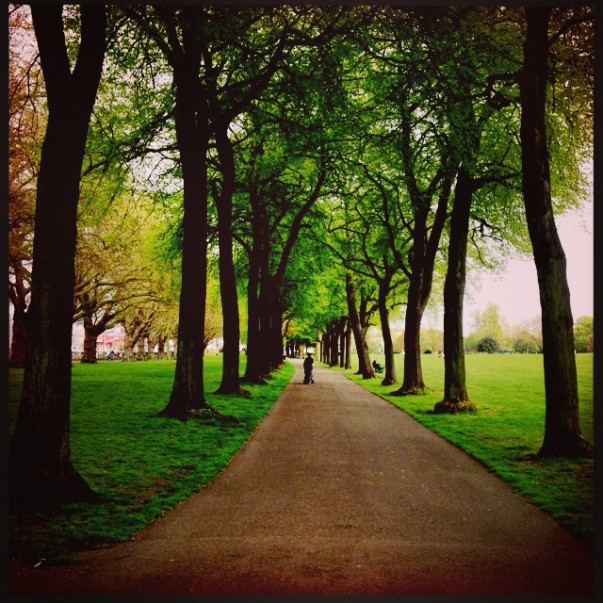 Wandsworth Park is located in London's southwest district of Putney.

Wandsworth Park is a park in London’s Putney district.

It's a Grade II listed park, meaning that it comes under the Register of Historic Parks and Gardens in England. The site's historic listing acknowledges that it is of special interest due to the quality of its layout.

Wandsworth Park is located along the south bank of the River Thames.

The park sprawls over 8 hectares is home to more than 350 trees of various species. The trees and dense shrubberies also provide ample habitat for common birds. Wandsworth Park’s location beside the Thames also attracts passing migrants in addition to resident birds.

London County Council bought Wandsworth Park for £33,000 in 1898. The land was previously allotted as gardens.

It was designed under the supervision of Lt Col John James Sexby, the first Parks Superintendent for the London County Council. The design has remained largely unchanged since its construction apart from a bowling green, pavilion and tennis courts, which were added in the 1920s.

The design was influenced by a shift away from the labor-intensive schemes of the Victorian era and a growing interest in the organized sport from the 1880s onwards.  This resulted in the center of the park being laid out as a playing field while ornamental planting was concentrated in the south-eastern corner.

The park celebrated its centenary in February 2003 with the planting of a memorial tree and the unveiling of a plaque in the south-eastern corner of the park.

The nearest Tube Stations are East Putney and Putney Bridge. Railway stations Wandsworth Town and Putney are also close by. The areas surrounding the park boast plenty of restaurants and cafes popular on the weekends as local residents enjoy the greenery and views of the Thames. You’d be forgiven if for a moment you forgot you were in one of the world’s largest and busiest cities!

« Temple of Edfu Greenwich in London »