Street Performers of Montreal and Toronto 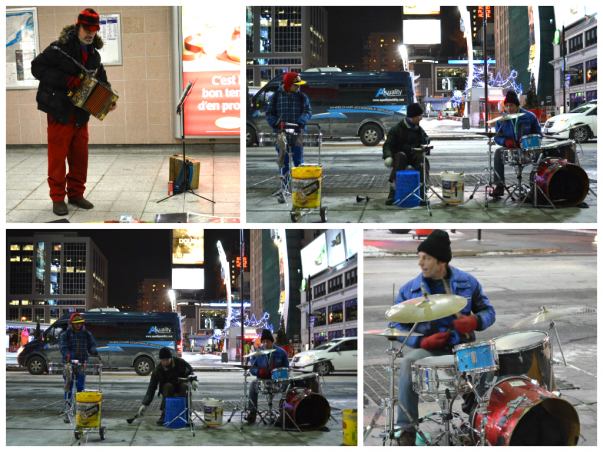 Trust me on this, I have not seen so much Talent at one place and at the same time. It was pleasure for me to stand there and listen to what those people were playing . It was so mesmerizing ! The best part about that was they never demand money but its always good to pay off for the entertainment. The performances which I saw in Montreal and Toronto were very different from each other. I will go through that one by one.

Talking about the differences, the main difference I found in two performers was that in Montreal the performers were always performing either on a subway station or  in some other place where the place would be crowded whereas performers in Toronto would be performing on open streets most of the time. It is very difficult to say which one is better but in Montreal, as I said that they would be performing in some already crowded place but on the other hand, performers in Toronto were generally crowd magnets They pulled crowd towards them and people would give away money. Apart from that I was pretty surprised to find out that every time when I saw some street performance in Montreal there was always a one man band showcasing talent. In Toronto, there was always a bunch of guys performing together as a band !

There was talent everywhere and it is really very hard to say which one was a step ahead than other but all I can say that all of them were uniquely talented in their own ways ! And as a matter of fact they earned respect from me !