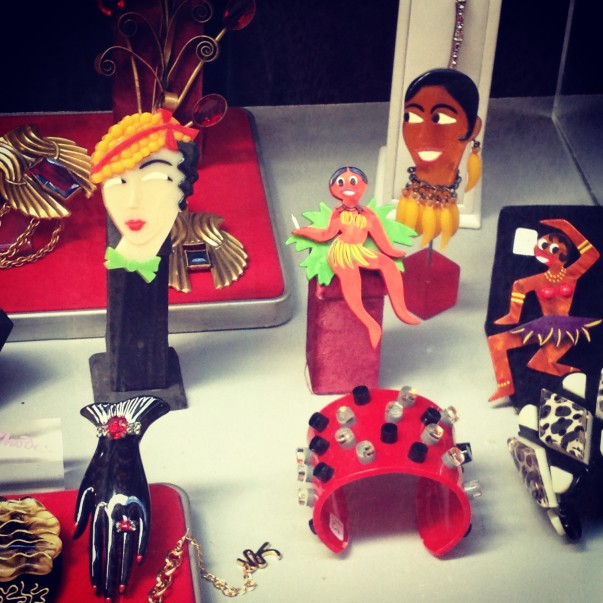 Christopher St James is a fantastic place to go if you're looking for unique jewellery.

This little jewellery shop is nestled along a narrow cobbled side street near London’s bustling Leicester Square.

Christopher St James is a fabulously glamorous shop that stocks original designs and that too at a pretty reasonable price, which came as a welcome surprise.

The shop is named after its owner, a jewellery designer who has split his time between Paris and London. He has previously been commissioned to make jewellery for film projects such as Moulin Rouge, Shakespeare in Love and Elizabeth. His creations have also featured on Sex and the City and Ugly Betty, which has surely boosted his credentials amongst fashionistas. He has also designed jewellery for several plays in London’s West End.

Inside his shop, a treasure chest of sorts, are earrings, necklaces, brooches and bangles. Some are cute little designs made out of Perspex as seen in the photo. There are also lots of blingy Art Deco designs. For those on the lookout for costume jewelry and accessories that will make even the simplest outfits stand out, this is the place to go. And it’s a nice break from the crowds around Leicester Square.