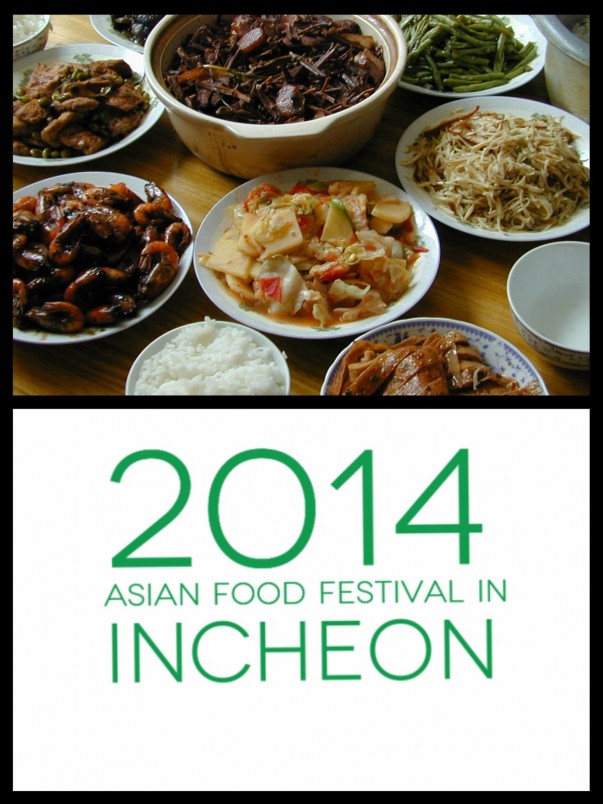 The 2014 Asian Games scheduled to be held in Incheon, South Korea has opened the gates for a flood of economic activities in and around Incheon. The 2014 Asian Food Festival is scheduled to coincide with the Asian Games being held at Incheon from September 19 to October 04. Asian food has been a staple in world diet for decades. Chinese, Vietnamese, and Indian restaurants(among the rest) have seen an exponential increase in popularity across the world. The Asian Food Festival, is a celebration of the journey that the delectable cuisine has made so far. The cream of the crop, of the Asian restaurant industry, have been brought together, to serve on the committee for the Asian Food Festival. Edward Kyon, the head of EK Food, Park Hyo Nam, the Executive Director of Millenium Hilton Hotel, Kim Soo Jin, the Director of Food and Culture Korea, are among the many culinary experts who will provide expert guidance to the participants.

Festivals are a way of life in Incheon. People there celebrate the cycle of life and death, and everything in between, through fiestas, jamborees and colorful parades. Food, in all its forms, is an occasion for festivities. What happens when chefs and organizers bring international flavors, styles and standards to this indigenous kitchen, will be a gastronomic adventure not to be missed.

Renowned chefs from all over Asia are already rolling up their sleeves in preparation for neck-to-neck cooking contests. Incheon Munye Professional School and KBS Art Vision are participating in the food fest with a mission to popularize Korean food. Also gearing up for the event, are renowned chefs from Korea, China, Japan, Thailand, India. Indonesia and Vietnam.

On offer is not only a taste of the best Asian cuisines but also a host of traditional dance and music shows. If you are in or around Incheon between September 19 to October 4, try to catch a break and be a part of this spectacular event. Every penny counts since the proceeds from this event will be donated to underprivileged children in third world countries of Asia.

In anticipation of high footfall, steps have been taken to handle public sanitation and hygiene, and safety, during the days of the food festival.