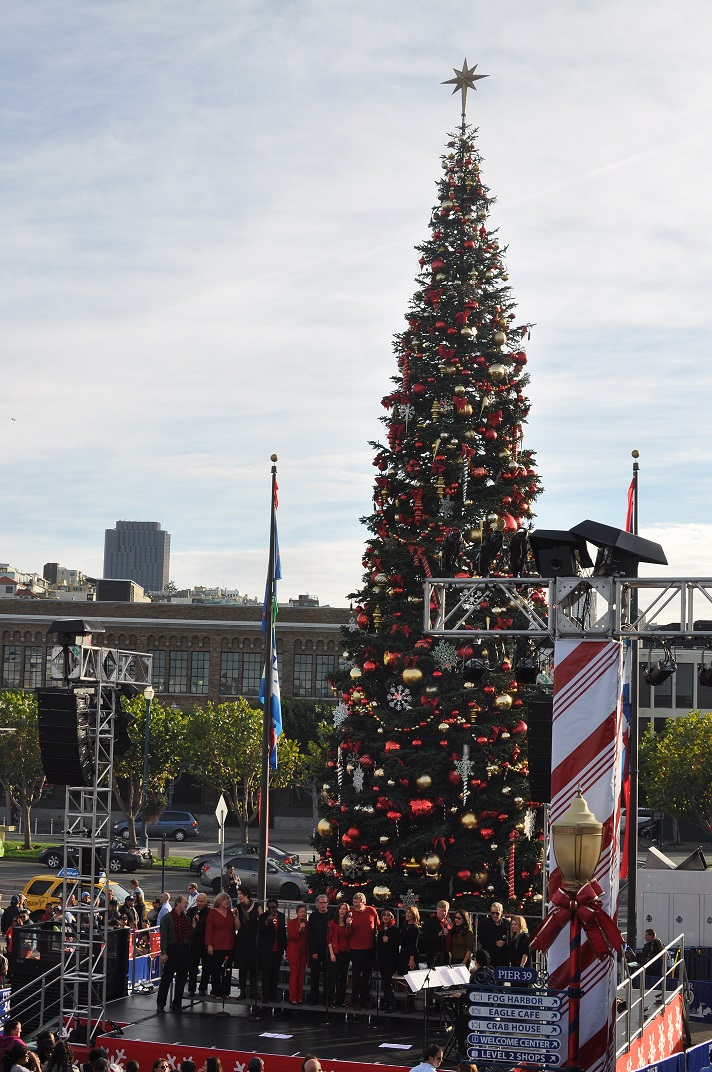 San Francisco has been getting into the holiday spirit with festivities all around the city, including the annual tree lighting celebration at Pier 39. The two-day celebration took place on the weekend before Thanksgiving, featuring events throughout the day starting at noon and ending in a 6 pm show before the tree lighting. The  spectacularly lit 60 foot tree was adorned with ornaments as big as your head and stood against the backdrop of the illuminated San Francisco skyline. Pier 39 partnered with Disney for its celebration, bringing a few favorite Disney characters for a meet and greet. Mickey and Minnie Mouse and Donald Duck later joined event hosts from local television news and radio hosts on stage to dance and sing along to Christmas carols.

Before the tree lighting, there were performances by local choirs and a cappella groups, a Christmas caroling mariachi group, and a comedy group. There were also other activities including the USPS booth where kids could write and mail letters to Santa, or they could skip the letter and go directly to the source – a few feet away, Santa Claus himself made an appearance to hear Christmas gift requests and sit for photos. They allowed families to take the photos with their own cameras rather than forcing them to purchase a print. Sponsor booths for local radio stations were set up nearby and a Pepsi booth offered samples of the festive new Mountain Dew Cranberry, while the Seasons store at Pier 39 gave away free souvenir San Francisco ornaments.

Over an hour before the lighting ceremony began, the crowds began to fill in the designated waiting area in front of the tree, sectioned off with ropes. As darkness fell and the waiting areas became full, the Disney crowd control came out in full force and swiftly herded everyone else out. If you didn’t arrive early enough to get a spot in the viewing area, you had to leave the pier. Hundreds of families with children anticipating watching Mickey and Minnie light the Christmas tree were told to keep walking, you can’t stop there. And no, you can’t go back into Pier 39, and those stairs are off limits too, even if you’re just trying to use the bridge to the parking garage where you’re paying $9 an hour and they’ll charge you for another hour even if you’re there 1 minute into the next one. And no, you’re done shopping here and you can’t eat at the restaurants now. Go directly to your car, do not pass go, do not collect $200. It was just like Disneyland, if you’ve ever tried to pass in front of the castle before the fireworks begin and the Disney crowd control ushers you right on by, probably yelling in your ear to keep moving. Those of us who were fortunate enough to find spots to stand were herded together, waiting and listening to the crowd control workers shout over the Christmas music and killing the festive mood. 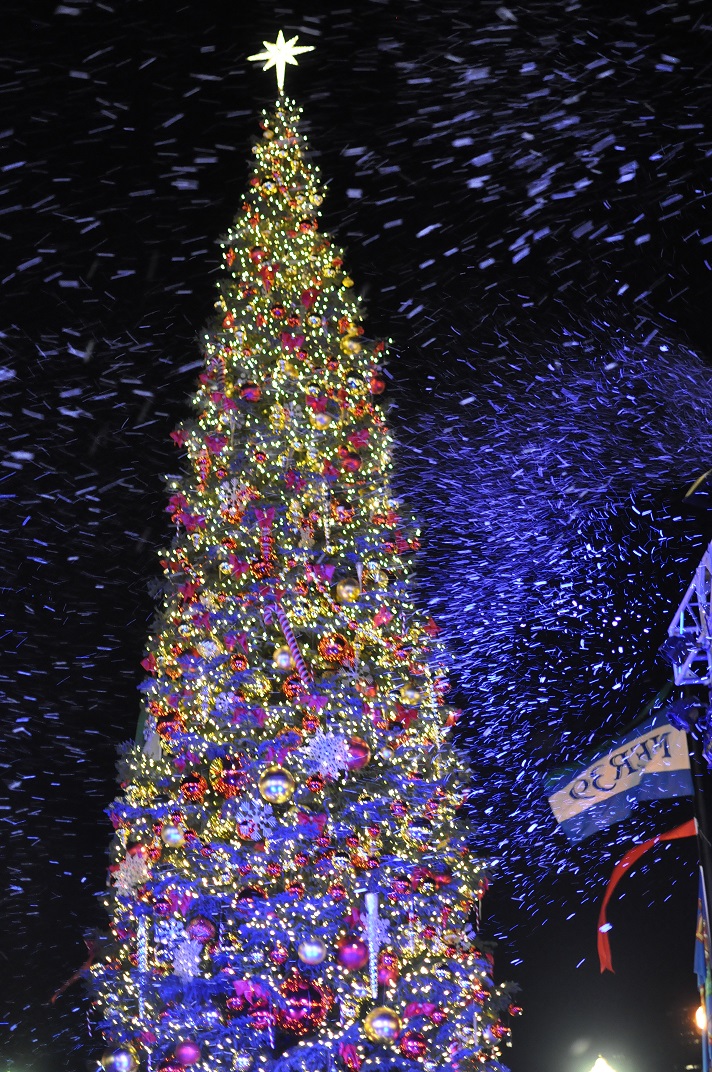 For all the build up and the waiting, the celebration lasted about 20 minutes. The highlight for most of the kids in the crowd was when Mickey and Minnie finally took the stage and sang along to Christmas carols until the enormous was finally lit. The highlight for me was the fake snow, which was actually foam and stuck in everyone’s hair, but felt nonetheless like a Christmas miracle. My next favorite moment was when the snow stopped and the lights shorted out for a few seconds. I could feel the disappointment in the crowd and I think there was a collective gasp, but after the momentary outage the lights and snow were back for more photo ops, completing the tree lighting celebration.