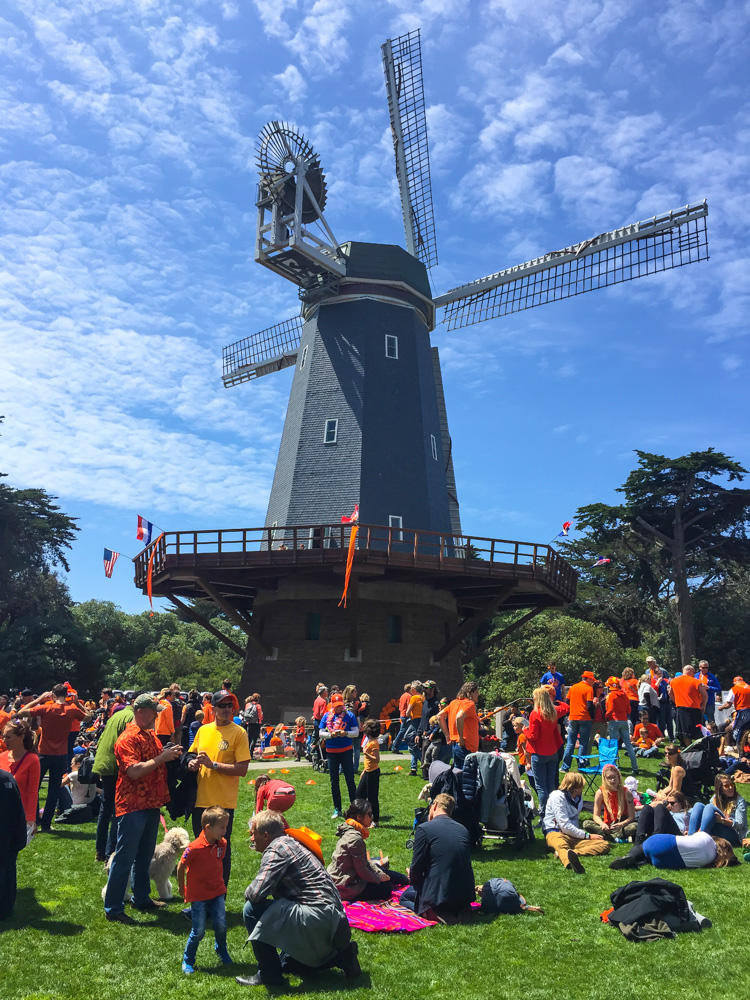 On April 25, Golden Gate Park’s Murphy Windmill was engulfed in a sea of orange as San Francisco’s Dutch community came out to celebrate King’s Day (Koningsdag). The birthday celebration for King Willem-Alexander took place the Saturday before the official holiday takes place in the Netherlands on April 27.

The free event was put on by the Dutch consulate with the local Dutch community, and included a variety of cultural festivities including food and games. People dressed in traditional Dutch outfits or piled on their orange clothing (Giants gear, mostly), and showed their national pride by painting the Dutch flag on their faces.

Incorporating both of the park’s Dutch windmills was a group bike ride (how very Dutch!) that began at the Queen Wilhelmina Windmill and ended at the street festival beneath the Murphy Windmill. The festival was one of the rare occasions when the windmill was spinning throughout the event.

The festival featured cultural activities, including musical performances which included karaoke with the Dutch Consul General, music trivia quizzes, traditional children’s games, and a tiny Vrijmarkt, or flea market, just like the real King’s Day celebration, though much smaller. There were only a handful of blankets spread on the lawn of the windmill where kids attempted to sell their old toys, in the Dutch tradition.

The games for the kids included some sack races, adorable bouncy horse races, and what looked like try-outs to become waiters, in which kids were made to balance a tray full of drinks around some cones, dodging the oblivious festivalgoers who constantly stumbled through their course. The other bizarre Dutch game is called spijkerpoepen, which literally translates to “pooping nails.” Yup, you read that right. The game involves squatting over a bottle as a nail dangles behind you by a long string tied around your waist, and fitting the nail into the mouth of the bottle. I don’t know. I do know, however, that it’s hilarious to watch, which I suppose is the whole point.

On that note, one highlight of the event was the beer garden, where they served beers like the Dutch beer, Heineken. I think the silent disco should have taken place in there, where the people may have been more into dancing; as it was, it took place behind the small building and only lured in a few people. Hopefully it picked up later in the afternoon. 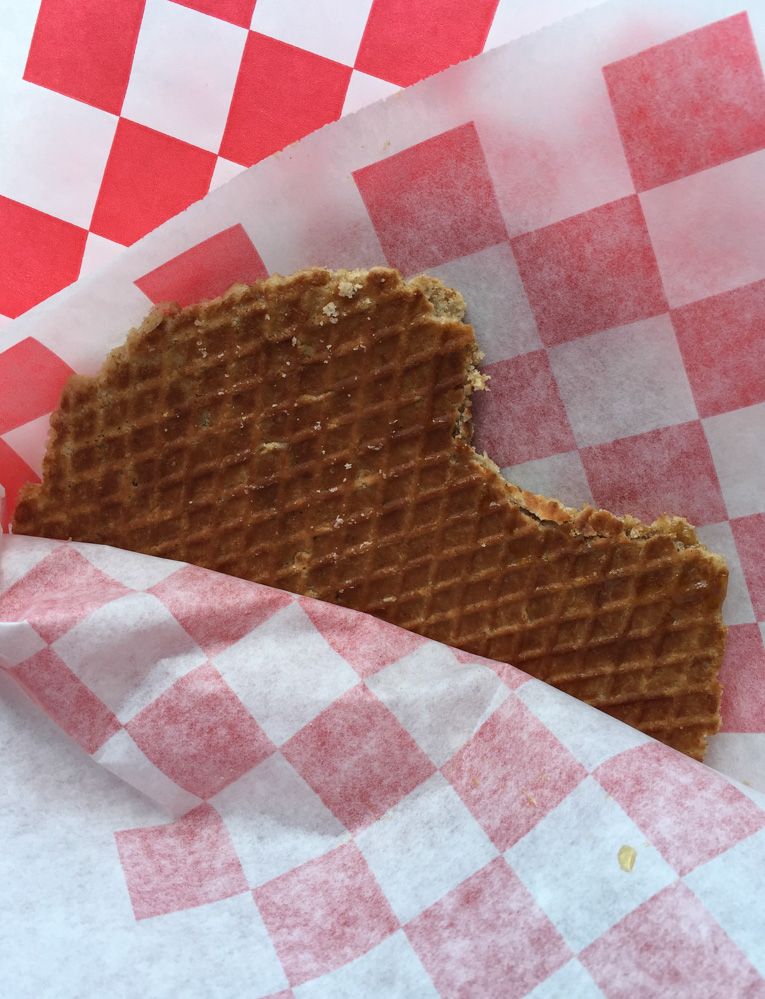 The other highlight was the row of food trucks and stands serving traditional Dutch foods. What was great about the King’s Day food trucks was that most of them did not normally serve Dutch dishes (like MoBowl), but they created a special menu just for the event. The traditional foods included fries with mayo or curry ketchup, herring, Frikandellen (sausages), and Stamppot. I stopped by the Stroopwafel stand, where I waited in line forever to enjoy the crispy, caramel-filled waffles, which were very tasty but a bit too sweet for me without milk or coffee. I also waited in line for the poffertjes, tiny pancake puffs dusted with powdered sugar. These were not only delicious, but also generously offered for just a donation benefitting the Dutch community organization along with coffee and tea, and a handful of Speculoos cookies (of cookie butter fame). Sweet. 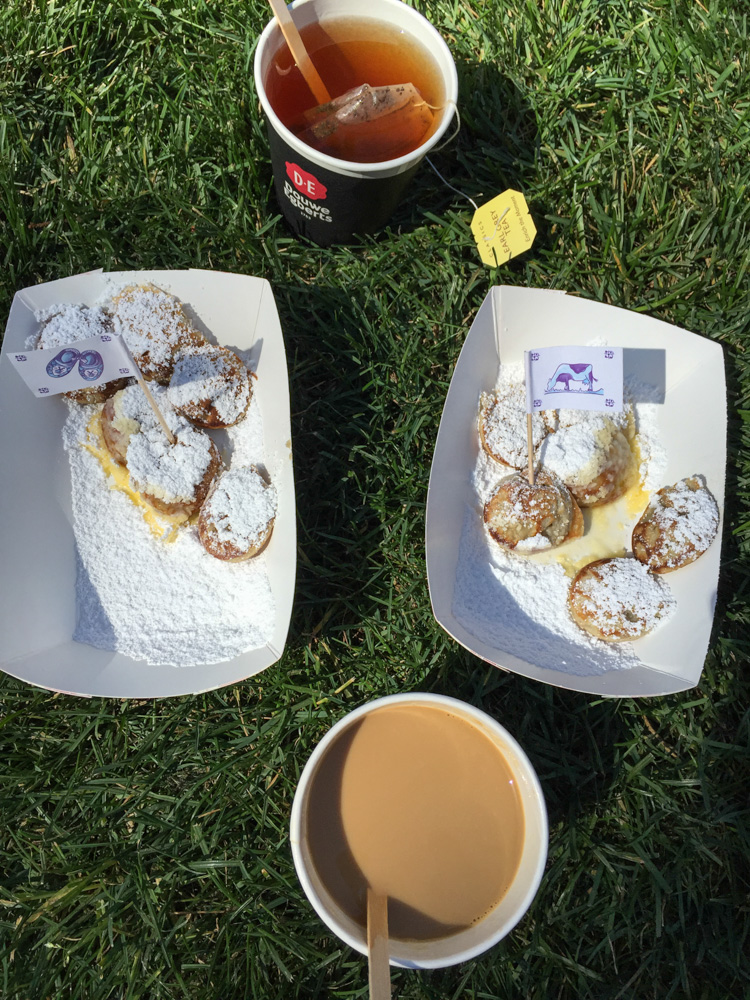 The King’s Day celebration in San Francisco was a low key, fun event for families and friends, and a great way to share Dutch culture with the community.