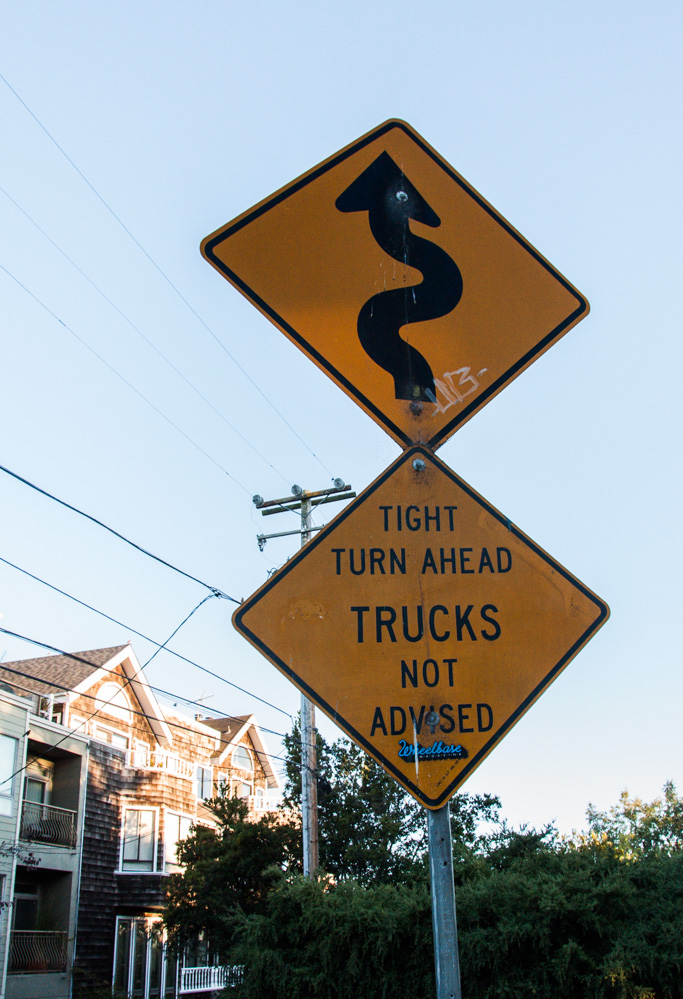 Vermont Street – The other “crookedest” street in San Francisco

Vermont Street, San Francisco – Tucked away in the Potrero Hill neighborhood, the one-block section of Vermont Street between 20th and 22nd is the other “crookedest” street in San Francisco along with the famous Lombard Street. Some claim that Vermont actually holds the title of curviest street in the city, even though it has seven tight turns (or five and two half turns, if you want to get technical) compared to Lombard’s eight, because the Vermont Street turns themselves are sharper and the street is steeper.

Like Lombard Street, this block of Vermont Street was designed with a series of hairpin turns to make it easier for vehicles to navigate the steep grade. Unlike Lombard Street, Vermont is quiet and somewhat secluded. Situated in a neighborhood away from the tourist attractions and the hustle and bustle of the rest of the city – a place where there’s actually some parking available on the streets.

In some ways, Vermont Street is the anti-Lombard. The houses aren’t the mansions of Lombard, they’re mostly apartments and regular houses (though there are some beautiful gardens hidden away around there). The tiers of planters in each of the curves of Vermont Street are filled with low-maintenance and likely drought-tolerant shrubs, natural plants and trees, as opposed to the perfectly manicured flowerbeds of Lombard Street. The road of Vermont Street is constructed of basic, cracked concrete, rather than the perfect red-bricked roadway found at its sister street across the city. 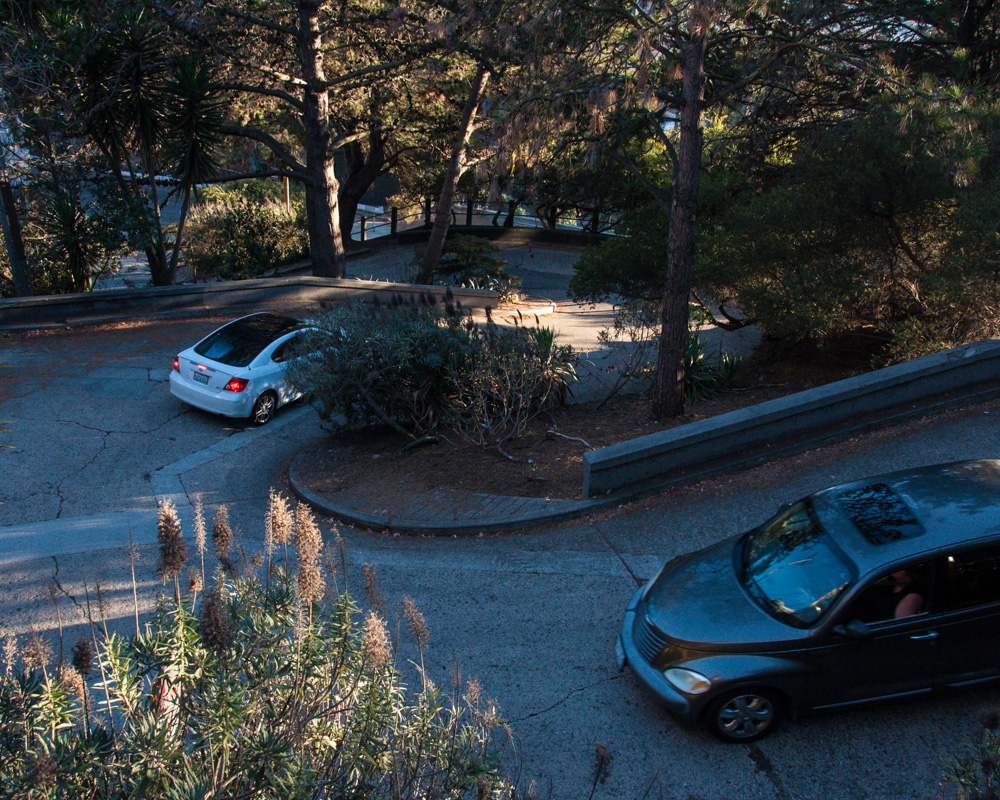 Also missing are the hordes of tourists filling the stairways or the lines of cars waiting to navigate the curves. No cable cars pass by up at the top. Though a steady stream of cars drove through during my short visit, there were no lines and no crowds. It’s a quiet neighborhood and I was the only one there taking photos. A lot of locals don’t even seem know about this street.

At the top of the hill, near the start of the curvy section of Vermont Street is McKinley Square, a nice neighborhood park with a playground, and just past that, the neighborhood’s community garden. On my first visit to Vermont Street on a Sunday afternoon, there were few people at the park. A woman stood quietly enjoying the view of the city toward the southwest, over the busy 101 freeway below, while her dog wandered around off leash and over to me. She turned to chat and told me that she lived in the neighborhood. She had only positive things to say about the family-friendly community around the street, although she noted that it was true that techies have begun to take over, echoing the growing sentiment among long-time San Franciscans that the character of their beloved city is getting washed out. As she talked about the families and dog lovers who meet up at the park, she invited me to come back for neighborhood’s biggest event, the Bring Your Own Big Wheel race. The community event, which is held every year on Easter, showcases daredevils who race down the winding street on plastic children’s tricycles, often while wearing crazy costumes. It’s a chance for everyone to come out for an afternoon of looking like a fool and feeling like a kid again. The race moved to Vermont Street from Lombard Street after residents there complained, and so far, Vermont Street has welcomed the race to the neighborhood.