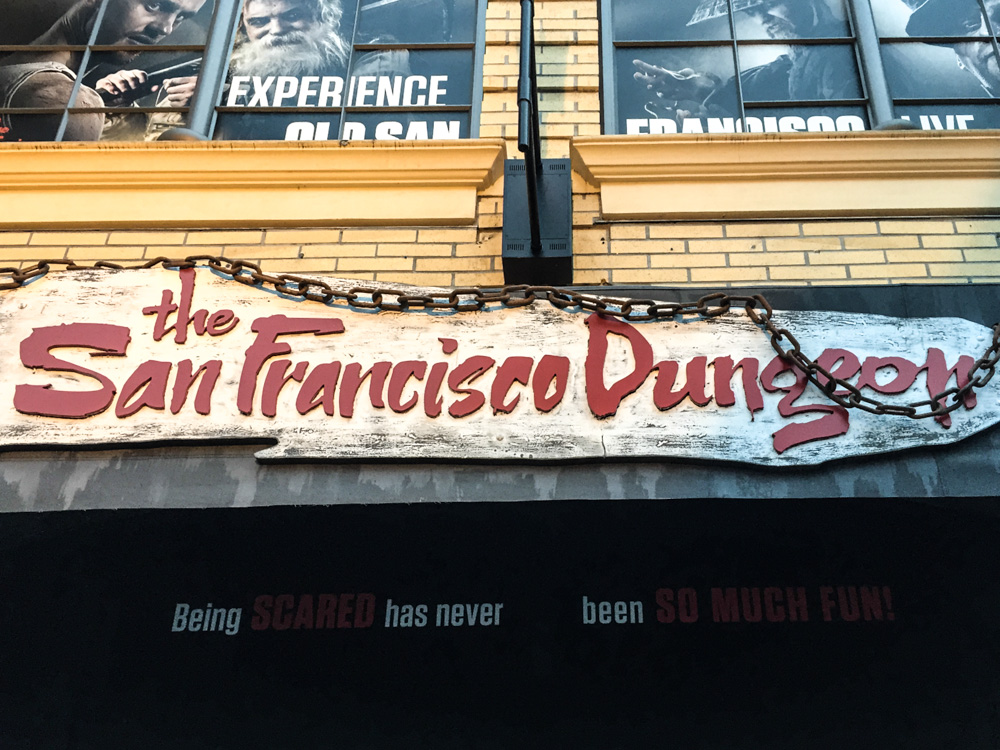 The San Francisco Dungeon offers a mix of city history, scary stories, and one of those haunted mazes that open for Halloween, only not as crowded.

I went on a whim with some friends who enjoy being scared (and they scream) so we decided to check it out. We searched the deal sites for a discount and found a coupon to use (I highly recommend doing this; it’s pricey if you don’t).

I don’t want to give everything away, because it’s more fun to experience it, but I’ll give a general idea of what to expect.

Fun with humor and horror

The San Francisco Dungeon experience takes a group of about 30 from room to room where they watch as characters tell stories set around San Francisco. A brief and according to the owner, accurate history lesson sets the scene in each of the rooms before the scary stories began (with some embellishment and fiction added in for the fright).

Before your tour, your group is asked to take a few photos in a few different poses. I recommend following their direction and having fun with the poses, because what they do with the photos at the end of the experience is seriously great. I’ve hardly ever been one to buy photos at attractions like this, but they put them into a booklet that makes an awesome souvenir, like a ready-made scrapbook. They’re expensive, but I got mine at a discount, which made it totally worth it. You can’t take photos inside (part of their effort to set the mood and transport you into the darkness), but these photos are a great substitute.

Once you’ve taken your photos, descend into the San Francisco dungeon to wait for the start of the tour in the rat batching room, complete with a family of actual live rats. It’s also your last chance to use the restrooms, recommended both because it’s a long tour and because there’s some funny stuff to check out. 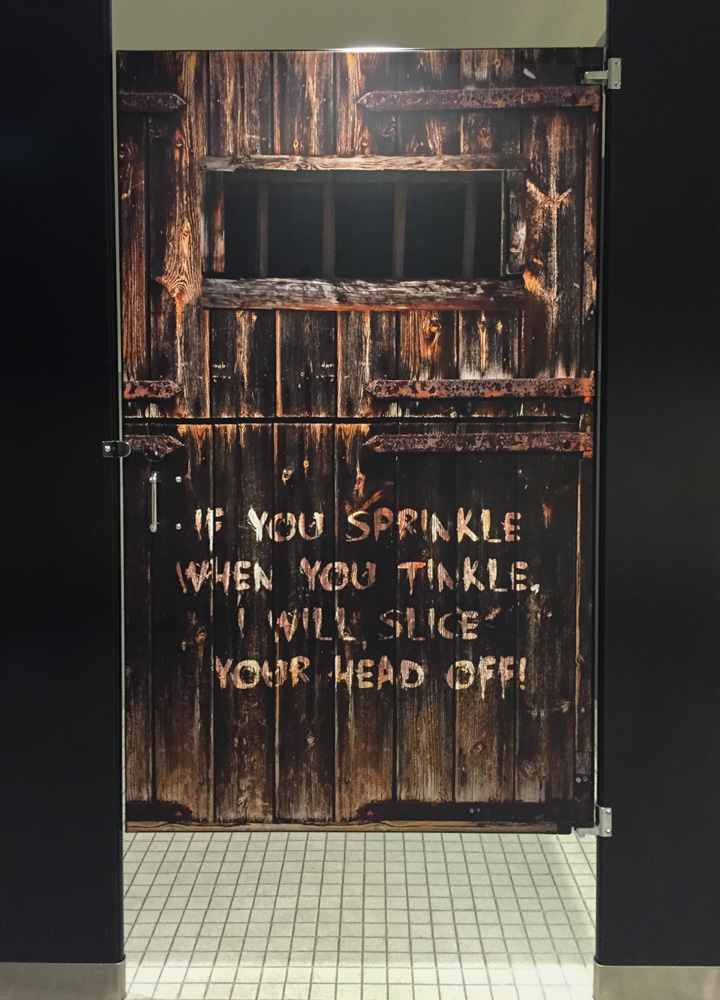 Each room has a different setting, beginning with the Gold Rush, and stopping by a court room, an old-timey saloon, and Alcatraz as the actors recount tales that set the tone for the scares. There’s even a dark “boat ride,” but if you’re expecting Pirates of the Caribbean, think again. It’s short and there’s not much to it – plus, you might get wet. However, if they did made it a rollercoaster, this would be one of the coolest attractions in San Francisco.

Each scene is filled with excellent actors, scary stories, darkness and some dark humor. The theatrical production does a good job of keeping everyone on edge, setting the mood to play on our fears. In the darkness, you’re constantly on edge, bracing yourself for whatever’s next.

There were detailed sets and decent props, and some realistic spooky effects that combined with the actors, caused some genuine screams (mostly from my friends) and several times where we clutched one another in fear. It’s actually scary, but funny at the same time. There were a few kids in our group who handled the scares with bravery and defiance, but I would not advise children under 10 years old to join.

Here’s one thing I wish I’d been warned about myself before going to the San Francisco Dungeon: it’s highly interactive. The actors chose members of the audience to participate in each of the scenes. Now there’s a legitimate fear. Fortunately, after years of schooling, I have mastered the art of looking away so as not to get called on to participate. The kids in our group were picked on a bit, which they seemed to enjoy.

And when you’ve finished screaming your face off, you’re ushered out through the gift shop, just like Disneyland, where you can pick up your photo book or some other Dungeon-themed souvenirs. The people working in the gift shop were super friendly and fun to talk to about experience. One of them told us that they’d be adding another tour to their program, so I may come back one day to check it out.

While I’m not sure the San Francisco Dungeon is an essential or authentic San Francisco attraction, it’s certainly a fun way to spend an hour around Fisherman’s Wharf. My friends and I walked out of there laughing and discussing our favorite parts (mine was Alcatraz, but I’d love to hear what parts other visitors loved most). We really had a good time. I don’t know if I’d call it educational, but it’s definitely entertaining.

Location of The San Francisco Dungeon 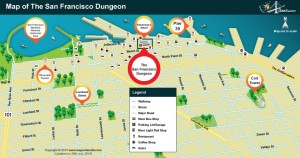