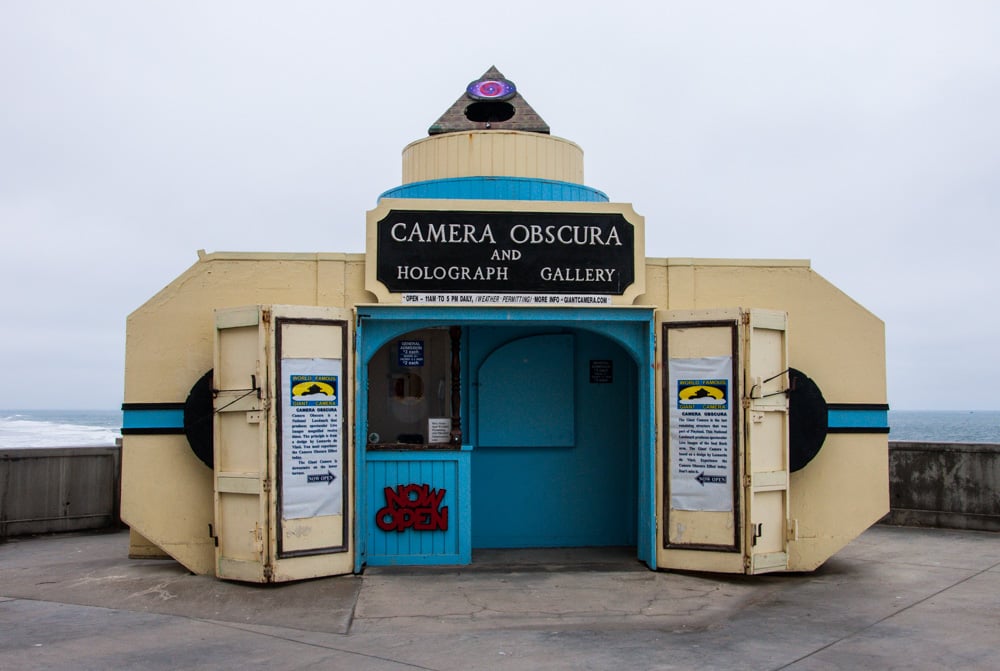 On the Western edge of the city, tucked away behind the Cliff House is a small building that looks like a giant camera. The camera obscura works like a pinhole camera, and really, like the human eye. A small hole in the slowly rotating pyramid atop the structure allows light to enter. The image reflects off of a mirror and travels through lenses that focus the image before it appears on a canvas screen down below inside the giant camera building.  The resulting image is a 360 degree live view of Ocean Beach, Seal Rock, and the Cliff House. It makes a complete rotation in about six minutes.

Some of the early designs for the camera obscura were created by Leonardo da Vinci circa the 15th century, though the device was probably used before then, and it was an instrument used by astronomers and artists. The camera obscura in San Francisco was built in 1946 and was part of Playland at the Beach. It’s now a National Landmark and is on the National Register of Historic Places and the only remaining piece of Playland.

For a while, every time I came to this end of San Francisco, I’d often pass by the Camera Obscura only to find it closed, usually thanks to the coastal fog or arriving too late in the day, since the optical device needs light and clear conditions to work.

When I had brunch at the Cliff House, I asked one of the waiters how often the Camera Obscura is open, and she said that it was open frequently, depending on the weather, and told me to check the website and call ahead to make sure it will be open. The giant camera is a great place to spend your wait time if you’re trying to get seated at the Cliff House for a busy brunch and you’re lucky enough to find it open.

After a few tries, one sunny morning I saw the doors open and an attendant at the window. I paid the $3 entry fee and went inside. Moving from the brightness outside to the darkness of the Camera Obscura took a little bit of adjusting for my eyes. I had followed the rotating image and walked around to the back side of the room, when a couple of girls walked in, followed by the operator, who gave us a brief overview of the history and functionality of the Camera Obscura, and then left us to enjoy the show.

Inside the Camera Obscura 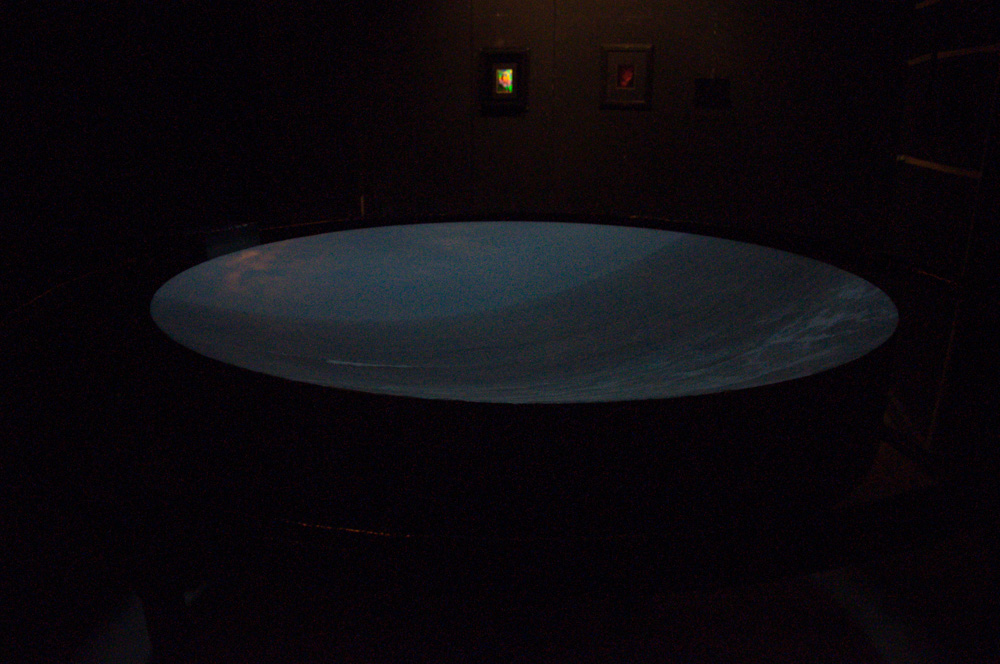 The room was only illuminated by the light bouncing off the disk, and the three of us quietly stood around, mesmerized, watching the world spin around on the disk. The scene was peaceful and serene, with the slowly panning views of the waves, the surfers, and the birds on the rocks (and I imagine it was even better when the sea lions hung out there). The weather conditions have a major impact on the images you’ll see: on a grey overcast day, the sky and sea make for a low contrast image, just like if you were to take photos in the same conditions, so a sunny day with a few clouds would be ideal. Just before sunset would be even better. The effect of the projected image is pretty amazing when you consider how it all works, when you imagine it working in the 15th century. This technology has been around for a long time. 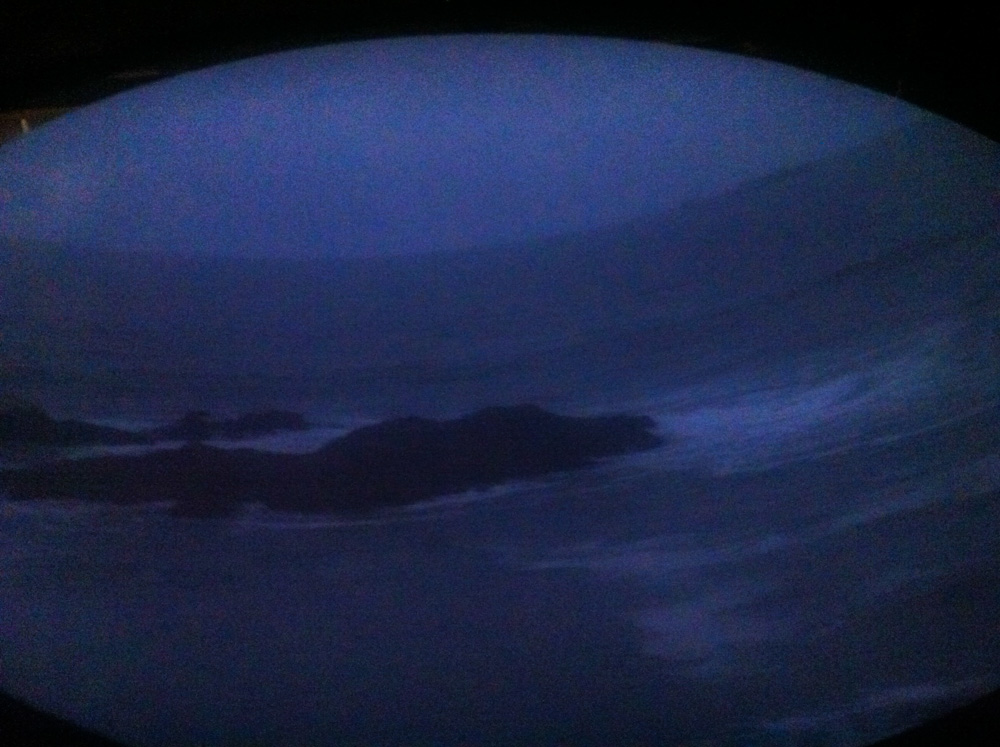 Live images projected onto the screen

Thanks to the darkness of this room, it can also be kind of creepy if you’re not paying attention. I was inadvertently (but hilariously) the creep on this occasion. At one point, one of the girls mistook my shadowy figure for her friend’s and pointed out something on the images. When I responded and she realized I was not her friend, she was visibly startled while her friend and I both laughed at her. She asked me (kind of accusingly, actually) whether I’d been there the whole time. So once your eyes adjust to the darkness, I’d recommend orienting yourself with whoever and whatever else is in the room.

Once you’re done watching the image, you can ask the attendant to turn the lights back on so you can check out the holograms on the walls around the room. Some of them are pretty freaky. 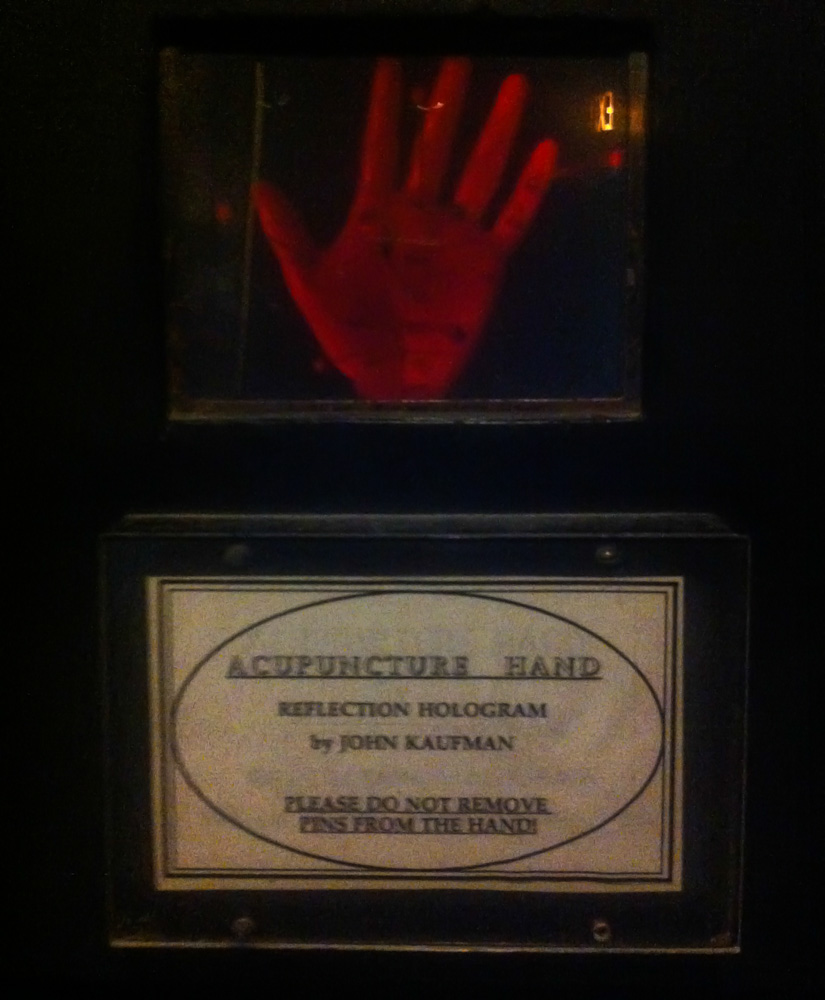 The Camera Obscura is a rare find, as one of a few of its kind in the world, and is a quirky hidden gem of San Francisco.

Price: $3 General, $2 for seniors and children (cash only)