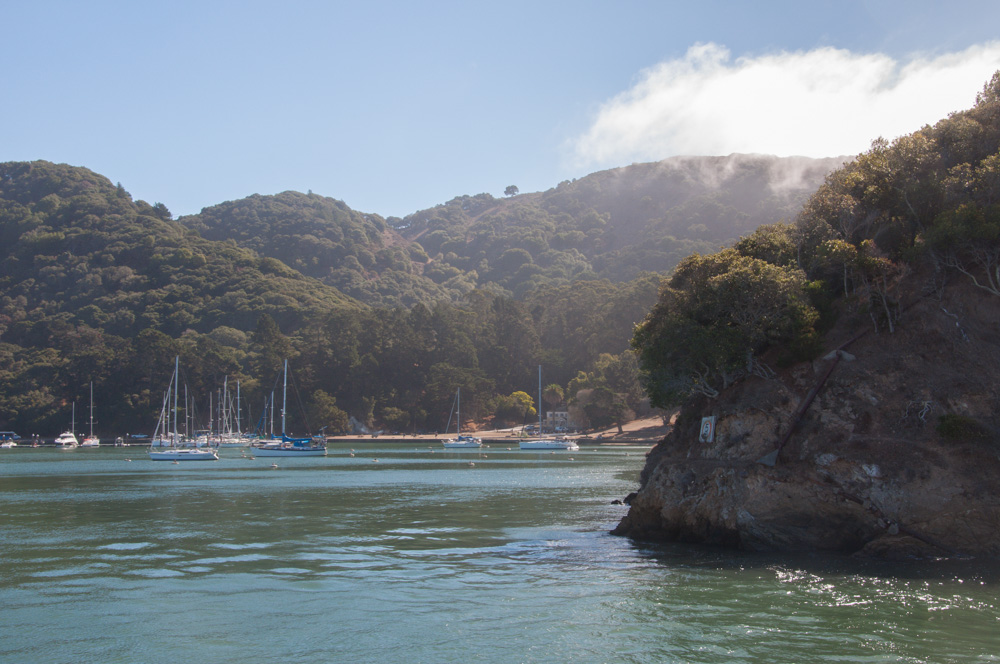 Alcatraz isn’t the only island destination in the San Francisco Bay. About two and a half miles past Alcatraz, Angel Island is the largest natural island in the Bay, at over one square mile. Though so much larger than the infamous Alcatraz Island, hardly anyone seems to know Angel Island exists, much less its fascinating history. Angel Island has served as a hunting and fishing ground for the native Coast Miwok and the landing point of the earliest Spanish explorers into the San Francisco Bay, and has housed cattle ranches and several military camps. Angel Island earned the nickname “Ellis Island of the West” for its Immigration Station and its role in the waves of immigration from Asia from 1910 to 1940.

Today, Angel Island is a State Park with campgrounds, picnic and barbecue areas, miles of hiking and bike trails, and a couple restaurants. Angel Island is home to few types of wildlife, including deer and one variety of mole that can only be found there. The island is largely undeveloped and so massive that on first sight, I didn’t realize it was an island at all.

Angel Island is accessible only by boat, either from San Francisco or Tiburon. The San Francisco ferry, which departs infrequently from the Ferry Building, and only slightly more frequently from Pier 41, was surprisingly packed on the warm autumn Sunday I first visited. 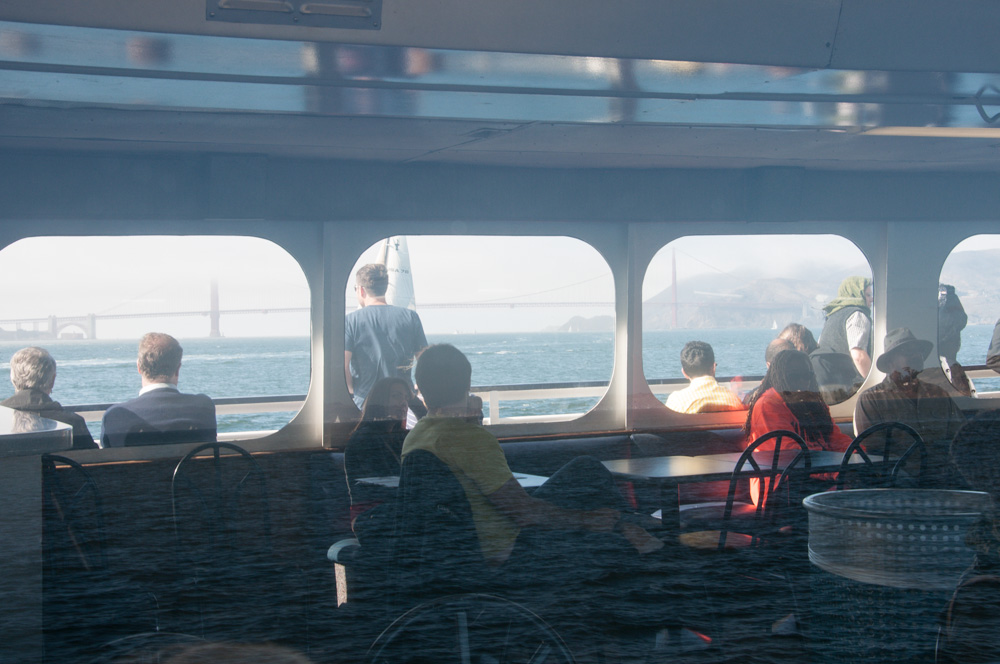 On the ferry from San Francisco

When I noticed how many of the passengers were dressed for a party, rather than a hike or bike ride on Angel Island’s many trails, I wondered if their final destination was perhaps Tiburon instead, until I watched them disembark on the island along with me. As it turned out, there was some sort of Yelp event happening on Angel Island, in which the opinionated “elite” descended upon the island to get drunk and have fun. There’s something for everyone, really.

The island’s two restaurants are next to the boat docks in Ayala Cove: the Angel Island Cafe and the Cantina. The Cafe featured sandwiches and other snacks, while the Cantina offered burgers, Mexican fare, and oysters, as well as a live band performance weekend afternoons.

Beyond the restaurants was a large greenspace (well, brownspace, really, thanks to the drought) with picnic and barbecue areas in front of the visitor center, in case you planned ahead and brought your food. Elsewhere on the island are various historical military sites and the Immigration Station. 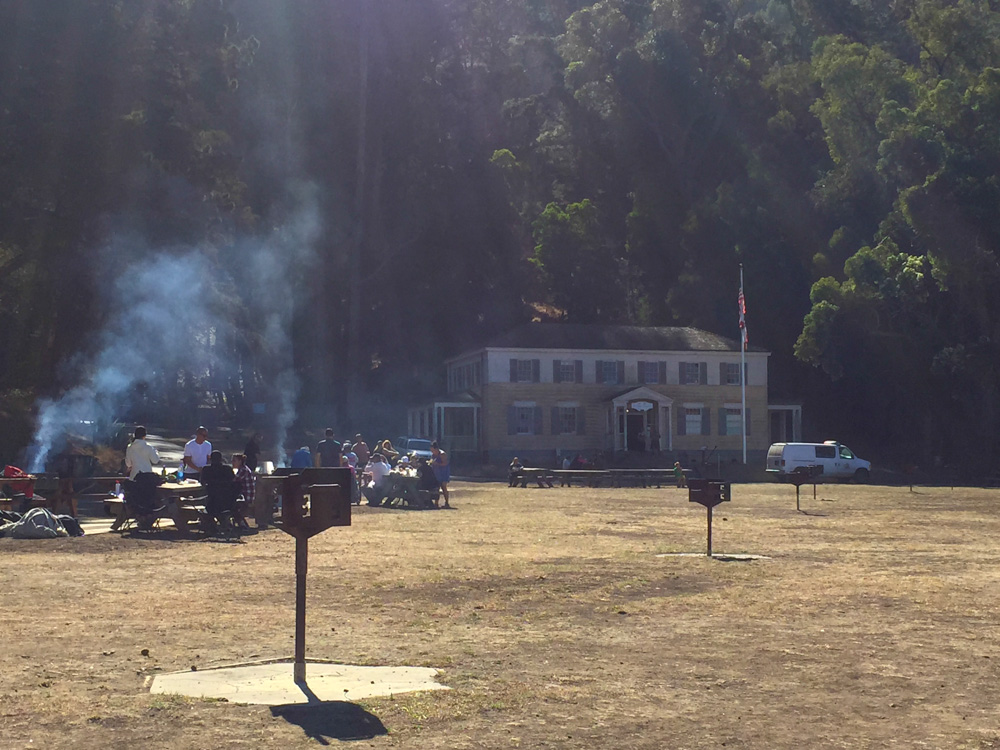 The picnic area in front of the visitor center

There are a few ways to get around Angel Island, which they claim covers 1.2 square miles but seems much larger than that. You can walk and hike, though please believe me when I tell you that getting anywhere will take longer than you probably expect. There’s a Segway tour if you’re not afraid of looking silly and shelling out some cash ($68 per person). There’s a bike rental company situated close to the boat docks (or you can bring your own bike over on the ferry), which is a good option for those who want to zip around the island on their own, but be prepared for some steep hills. There’s also the tram tour, which circles the entire island and makes one or two stops for photos, but is not a hop-on-hop-off type of service (though it should be).

My purpose on the island that day was both educational and recreational. I had purchased tickets to the tram tour in advance and had planned to spend some time checking out the Immigration Station and hiking, if time permitted. My time was limited by catching the noontime ferry rather than the morning one (which departs around 9 am) and knowing that the last ferry off the island left at around 4:30 pm.

First thing, I went to schedule the tram tour, which was unfortunately inside the cafe, so the long line to order food and the long line for the tram combined to become one extra-long line for either (or both – that probably explains why they’d organize it this way). By the time I reached the counter, the earlier tram tours were already filled up so I was put on the 2 pm tour.

It wasn’t until I went to the visitor center that I found out that the Immigration Station only stays open until 3 pm, so by the time the hour-long tram tour finished, I would not be able to visit it all. As I discovered during the night tour at Alcatraz, when you’re dealing with ferries and the Parks Service, there will not be enough time to see everything you want to see. Lesson #1: don’t bother trying to do the tram tour and see the immigration station in one visit unless you can make the morning ferry (but the schedule could have worked out if the earlier tram rides hadn’t been sold out, so YMMV.) I was disappointed, since the immigration station was the part of Angel Island I was most interested in seeing, but I’ll check it out on my next visit.

The visitor center is small, but it offered a brief historical overview of the island, including its early native inhabitants, its military history, and its time as an immigration station. There are exhibits on the Nike Missile sites and the island’s lighthouse, with a science-filled explanation on the Fresnel Lens that could project its light 20 miles out. A small gift shop at the visitor’s center sold souvenirs like postcards and plush Angel Island moles, and some interesting books on topics relevant to the island, including some about its Immigration Station poetry. 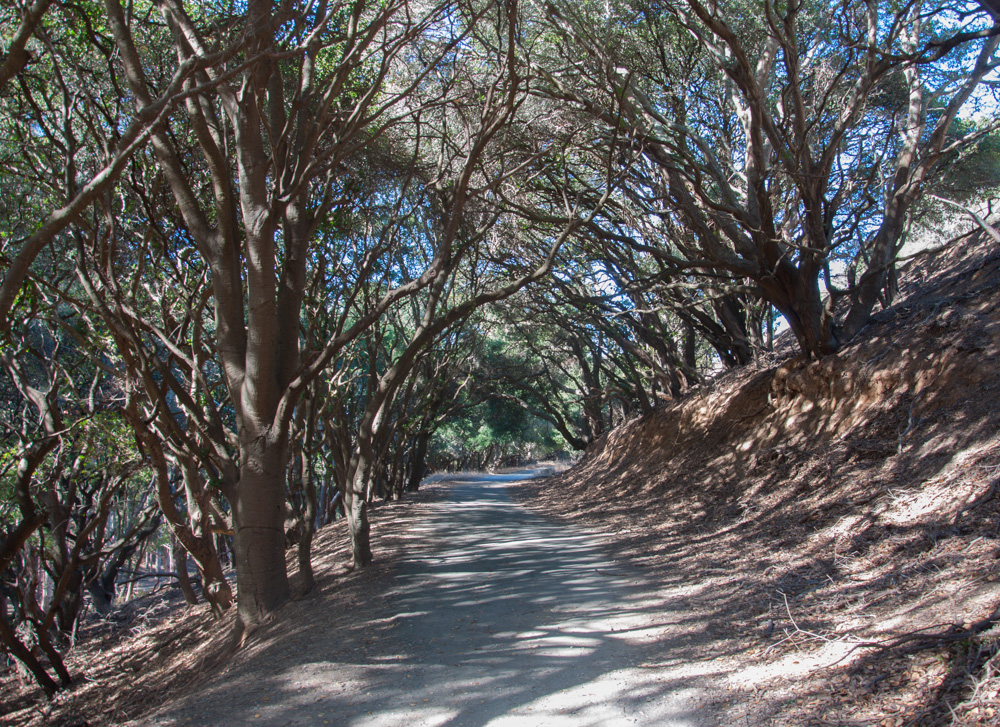 I decided to take a hike with the extra time I’d have from not seeing the Immigration Station. I headed up the North Ridge Trail, which is mostly stairs but a decent hike. If you follow the trail up to the Sunset Trail, you’ll reach the summit of Mount Livermore, 788 feet up, where you can see all five Bay Area bridges on a very clear day. The hike was shaded by beautiful trees and every so often, great views of the Bay and beyond would appear through a clearing in the trees. 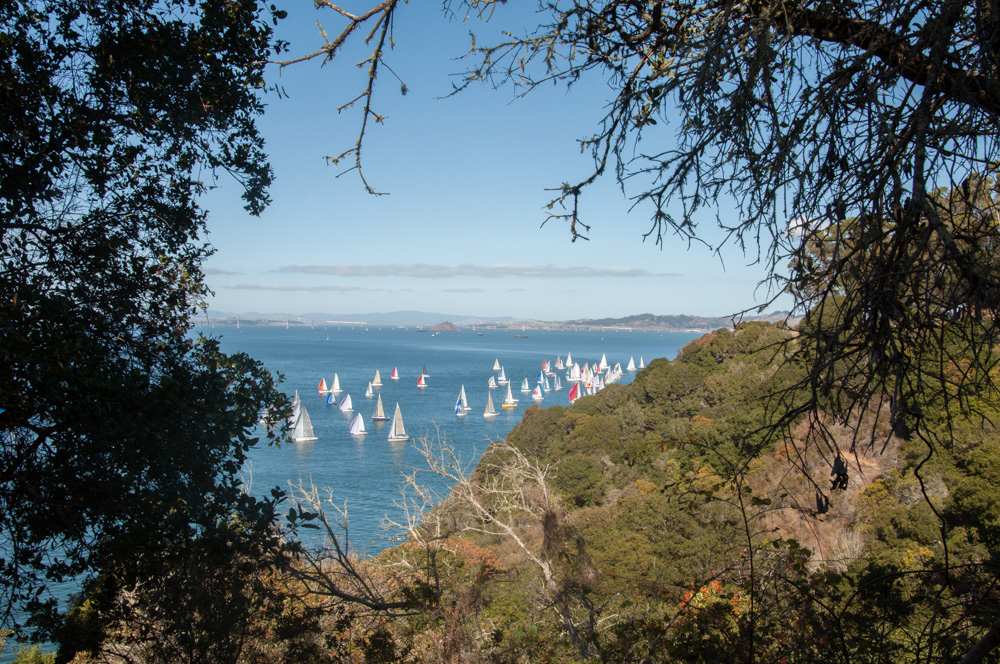 Views of the Bay

Since the full hike would have taken several hours to the top and back, and I had to make it back for the tram tour, I took the road back down to Ayala Cove. My next trip to Angel Island will include longer hikes and time to explore the Immigration Station and some of the other sites, and eventually camping.

-Angel Island State Park is open 8am to Sunset.

-Ferry service is limited during the off season.

-Ferry tickets include the cost of admission to Angel Island State Park.

-Blue and Gold Fleet offers service from the Ferry Building or Pier 41 to Angel Island and Tiburon. (Cost: $18 round trip)

-Angel Island Ferry offers service to and from Tiburon. (Cost: $15 round trip)

-No dogs allowed, but you’re free to bring your own bikes (or rent them on the island).