It Just Takes A Day to Start a Business! Unbelievable? Scroll down and know more 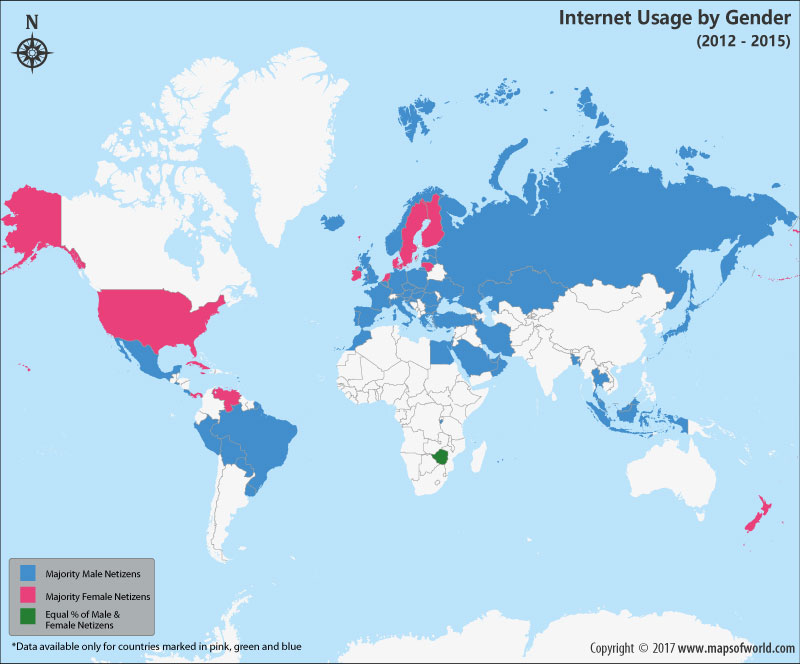 Today, some 40 percent of the population has an internet connection. This percentage can be quite mind-boggling if you compare it with 1995, when just under 1 percent of the world’s population had access to the Internet. During this period of more than 20 years, the penetration of the Internet has grown by leaps and bounds. However, when broken down by gender, there is still a glaring disparity in the percentage of male and female users.

There were 62.8 percent male internet users in the African nation of Morocco, as compared to 51.4 percent females.

As per the data, in a couple of countries females outnumber male internet users, but the difference in percentage is not that large. In Denmark, Lithuania, the United States, and the Netherlands, females outnumber males by just a fraction. In Denmark, there were 96.2 percent male users as compared to 96.4 percent females, while in Lithuania it was 71.1 percent males as compared to 71.6 percent female users.

Zimbabwe, which is located in the southern African region, was the only nation which witnessed a healthy ratio in the percentage of male and female internet users.

It Just Takes A Day to Start a Business! Unbelievable? Scroll down and know more