Want to Get an Electricity Connection for Your Home? Wait for 465 days! 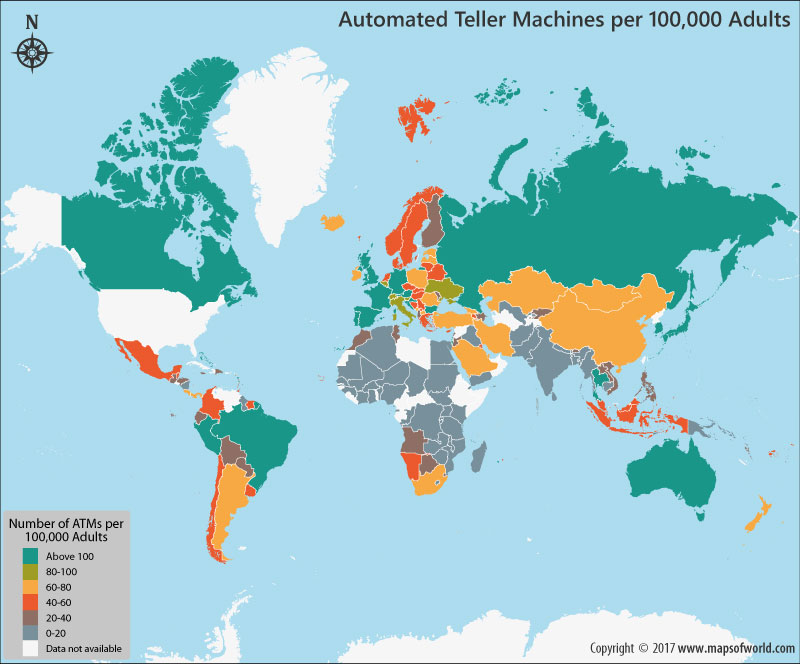 Auto Teller Machines, popularly known as ATMs, have largely changed the way we carry out our financial transactions. Right from withdrawing cash and checking accounts to paying utility and insurance bills and even undertaking fund transfers, all can be done by the tap of button. So, to make life much easier for people and to do away with long lines in banks, many countries around the globe have embraced digital telephony and personal banking by way of ATMs.

Meanwhile, some of the nations that had above 100 ATMs per 100,000 people were Portugal, Russia, Australia, UK, Japan, Germany, Peru, Bulgaria, Brazil, and  France to name a few.

Meanwhile, South Sudan and Afghanistan stood at the other extreme with just 0.91 and 0.96 ATMs per 100,000 adults. The South Asian nations of Bangladesh, Pakistan and Nepal too ranked low with figures of 6.79, 8.79 and 8.96 respectively.

Want to Get an Electricity Connection for Your Home? Wait for 465 days!