what countries have Nuclear Weapons as of 2016? 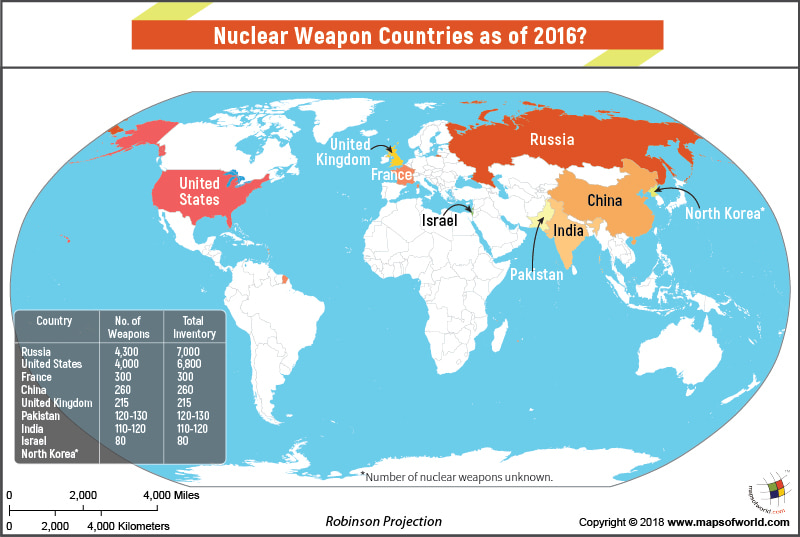 According to the Federation of American Scientists, there are nine countries having nuclear weapons. Together, the military stockpile is about 9,400.

Each country of the world holds the exact nature and number of its military possessions as a closely guarded secret. The holding of nuclear weapons is all the more confidential in nature. The data currently available is sourced from public records, an in-depth analysis of the country’s nuclear research programs, historic deployment records, and informed estimates.

Here is the list of known nuclear nations and estimates of their nuclear stockpiles (as of 2016):

The US, Russia, the UK, France, China, India, and Pakistan are the seven countries of the world known to possess nuclear weapons.

A few years ago, Iran too was suspected of pursuing the development of nuclear arms but signed an agreement with the P5+1 nations (US, UK, China, France, Russia and Germany), opening up its facilities to inspection by the IAEA (International Atomic Energy Agency).

The global threat posed by the proliferation of nuclear weapons is largely recognized by all the nations of the world. The Treaty on the Non-Proliferation of Nuclear Weapons (Non-Proliferation Treaty) or NPT seeks to prevent and ultimately end the spread of nuclear technology for military purposes. The treaty has been adhered to by most UN members including the five permanent members of the UN Security Council – the US, Russia, the UK, France, and China. 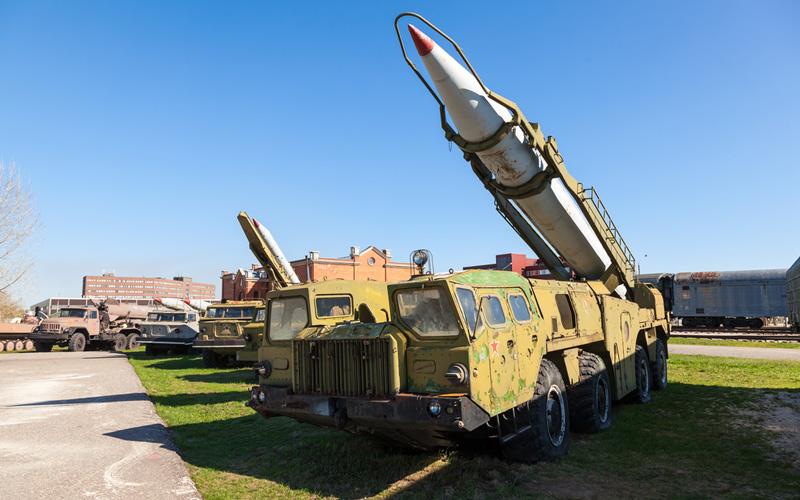 India, Pakistan, and South Sudan are non-signatories. Despite its non-signatory status, India is committed to retaining the use of nuclear technology for peaceful purposes. North Korea withdrew from the NTP in 2003.