What are the popular places to visit in Tuscany? - Answers

Tuscany is timeless, and that’s what wins you over. This Italian wonder welcomes you with all its assets: architectural wonders, frescoes, delicately designed sculptures, and rolling hills. The lingering aroma of vineyards, artistic glories of Italian Renaissance, and Mediterranean cuisine work like a magic on every traveler. 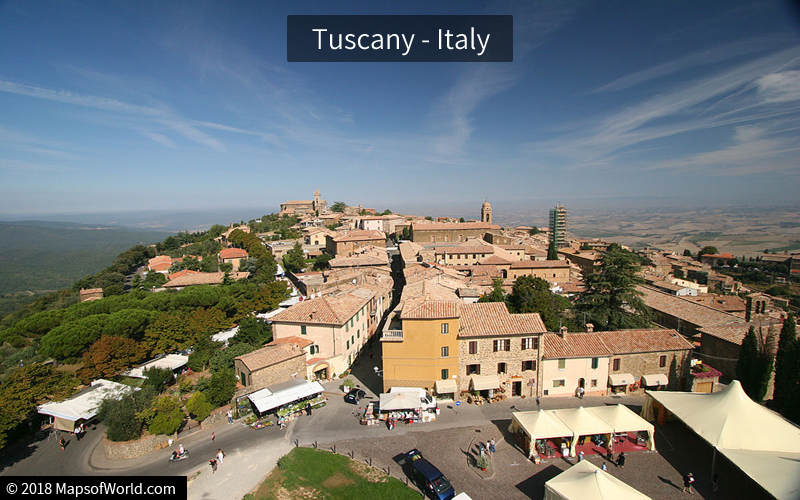 Places to Visit in Tuscany

Florence – The capital city bustles with life. Some of the rare artistic treasures of the world rest in the churches, palaces, and museums of this city. Do not forget to pay a visit to the Uffizi Gallery, Galleria dell’ Accademia, the Florence Cathedral, the Bargello, Palazzo Pitti, Santa Croce, and Santa Maria Novella.

Pisa – Have you ever heard of the Leaning Tower of Pisa? This is one of the most iconic monuments in the world and a much sought-after tourist destination in Europe. The Square of Miracles (locally known as Piazza dei Miracoli) and the Pisa Baptistry, along with the Leaning Tower, make Pisa a must-visit destination.

Siena – Fondly referred to as the ‘Loveliest Medieval City of Italy’, Siena surely calls for a tour. Apart from Piazza del Campo, which is located at the heart of Siena, do include Siena Cathedral, Torre Del Mangia, and Palazzo Pubblico in your itinerary.

Chianti – Travelers sing praises of Chianti for its scenic landscapes and wine lovers consider it their mecca. The town is most famous for its wine production. Its vast vineyards, gentle hills, olive groves, and stone houses in the countryside are a treat for your eyes.

Island of Elba – It’s one of the largest islands in Italy and also a part of one of the largest marine parks in Europe. Known for its beautiful beaches and blue waters, the Elba Island is home to a number of archaeological sites such as the Castello del Volterraio and beautiful Napoleonic residences.

Things to Do in Tuscany

For outdoor sports and activities, the Island of Elba is the place to be at. Besides snorkelling and diving, you can also look forward to mountain biking, hiking, and playing golf as well. Do experience Terme San Giovanni’s thermal baths for ultimate relaxation. Mountain hiking on Monte Forato is also a favourite sport for many.

Cyclists have a fun time in Tuscany as they pedal across the scenic landscapes and enjoy the beauty of nature spread out. The region is also one of the preferred shopping destinations in Italy. Luxury brands around the world have their outlets in Tuscany. You can also learn how to make Italian wine or cook pasta at various restaurants across the region.

It is advisable to visit most places in Tuscany either between April and May or October and November.

By Air – The region is home to two major international airports: Amerigo Vespucci Airport in Florence and the Galileo Galilei International Airport in Pisa. Both the airports are well connected with all parts of the state.

By Train – All the other major cities in Tuscany such as Pisa, Siena, Viareggio, Lucca, Borgo San Lorenzo, Arezzo, and Grosseto are connected to the capital city of Florence by an extensive rail network.

By Road – Major cities of Tuscany are served by Pullman buses. Although they cater mainly to office goers and school children, you can count on them to get around the region easily. Driving a rented car is also an option.