What are the popular places to visit in Rome? - Answers 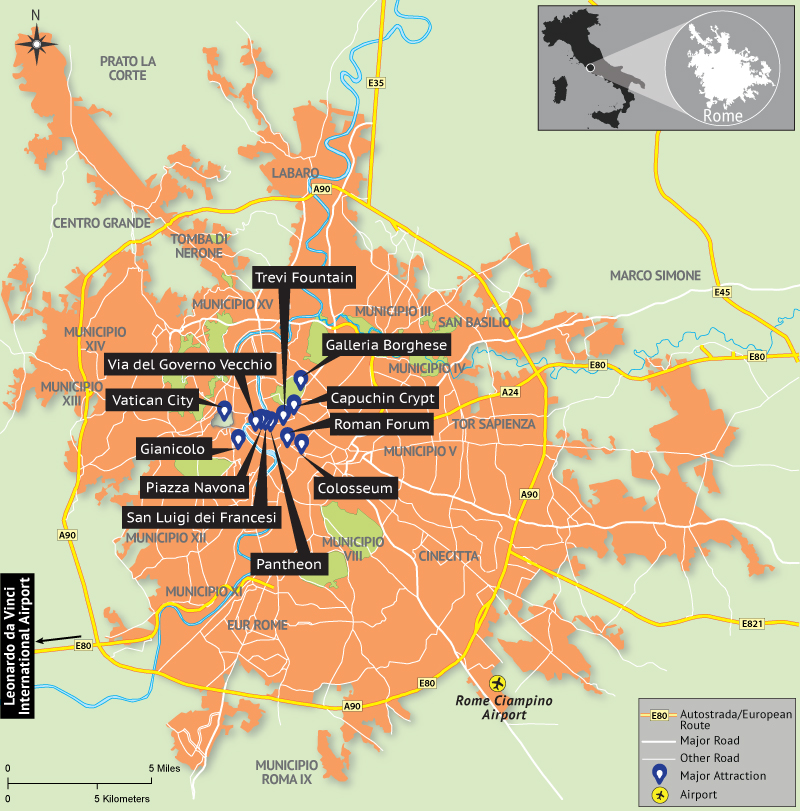 The Italian capital of Rome is the city that was famously not built in a day. Tourists who visit the city shouldn’t expect to take it in all in a single day’s trip. After all, the city was the center of the world for a time; first as the capital of the enormous Roman Empire and later on as the seat of the Pope. All this history has left an indelible and tangible imprint on the city which visitors can experience for themselves. Rome is a must on every traveller’s bucket list because, in the end, all roads lead to Rome.

Places to Visit in Rome

Colosseum: This magnificent and timeless structure is arguably the symbol of Rome. Built in 80 AD, the massive amphitheatre has seen everything from gladiatorial battles, executions, animal hunts, and even mock naval battles. While its been hundreds of years ago, the Colosseum continues to attract thousands of tourists each year who wish to take in its grandeur.

Roman Forum: Located at the center of ancient Rome, this area was the center of Roman life. In this plaza, various speeches, celebrations, processions, funerals and commercial activities were held. It is the ideal spot from where tourists can take in the splendor of the Roman Empire. Although most of it is in ruins, it isn’t too difficult to imagine how the place was in its heyday. Monuments at the site include temples, basilicas, government buildings, pools and much more.

Pantheon: The Pantheon is one of the best-preserved structures amongst various ancient Roman buildings. It remains all the more impressive, considering it was built nearly 2,000 years ago. The tall columns and expansive interiors with the arched vault are a sight to behold, especially the Oculus, a 27-foot hole at the center of the rotunda through which natural light streams through. The Pantheon was initially dedicated to the Roman gods, but it was converted into a church and still holds mass on Sundays.

Vatican City: Vatican City is a significant pilgrimage destination for Catholics. However, its impressive architecture and a massive collection of art forms attract tourists of all hues and religions. Colonnades surround the magnificent St. Peters Square, and this is where tourists start their journey and right at the center is an Egyptian obelisk. St. Peter’s Basilica is located straight ahead and is considered to be the holiest church in all of Christendom as it is the location of the grave of St. Peter. The Vatican Museum has a collection of some of the greatest works of art in history. At the end of the Museum is the Sistine Chapel, which is a stunning work of art, given its breathtaking frescos painted by some of the greatest Renaissance artists in history, including Michelangelo.

Piazza Navona: This Square is one of the most popular places in Rome, thanks to several restaurants and cafés found here as well as the number of street performances that one can see here. Piazza Navona is made even more beautiful by the three fountains here, the most impressive of which is the Fountain of the Four Rivers designed by Bernini, one of the greatest artists in history.

Trevi Fountain: The Trevi Fountain is one of the most iconic fountains in the world and is considered a great example of Baroque art. One of the biggest reasons why it is so popular with tourists isn’t just due to its size or even its beauty, but due to the traveller lore. It is said that by throwing coins into the fountain with your right hand over your left shoulder, you are guaranteed to return to Rome.

Capuchin Crypt: One of the most unique and morbid tourist attractions in Rome, the Capuchin Crypt features human bones of the Capuchin friars that are arranged to depict Christian artwork. The aim of the Crypt is not to mortify visitors, but to remind them of their mortality and the flux of time. The macabre displays are a unique interpretation of the church’s teaching of good, evil, and eternity.

San Luigi dei Francesi: Known in English as Church of St. Louis of the French, the church is located not too far away from the Piazza Navona. The church was built for the French community in Rome and featured a beautiful baroque architecture. However, it’s the art found in the interior of the church that attracts visitors. Inside the church, visitors can see three of the most famous works by the Baroque painter, Caravaggio, namely The Calling of St Matthew, The Inspiration of Saint Matthew, and The Martyrdom of Saint Matthew. Visitors to the church will also be greeted by beautiful frescos painted by renowned artists like Dominichino, Cavalier D’Arpino, Muziano, Giovanni Baglione, and many others.

Galleria Borghese: Rome may be overflowing with art, but even so a visit to the Galleria Borghese is a must for any lover of art. The collection housed in the Villa Borghese Pinciana has a substantial number of paintings, sculptures, and antiquities by the masters of the Baroque style of art. Some of the highlights of the collections are sculptures by Bernini such as the Truth Unveiled by Time, Apollo and Daphne, David as well as sculptures by other artists. Some of the most famous paintings here include ‘St John the Baptist’ by Caravaggio, ‘Lady with a Unicorn’ by Raphael, ‘The Scourging of Christ’ by Titian, and many more. Outside the Villa Borghese Pinciana is the Villa Borghese garden which is one of the largest parks in Rome.

Via del Governo Vecchio: The Via del Governo Vecchio is the place in the city to engage in retail therapy. The streets are lined with some of the trendiest boutiques and cafés, and the prices at these stores are quite high. However, shoppers get great value for their money when they shop here for fashionable clothing and accessories, not readily available elsewhere.

Gianicolo: While not considered to be one of the seven hills that make up Rome, Gianicolo or Janiculum hill, located west of the Tiber River, is the one that offers the best views of the city, complete with its many domes and bell towers. The hill is also a great place to get to know a bit more about the modern history of Rome that led to the unification of Italy. At noon each day, a cannon is shot to mark the time — a tradition that dates back to the 19th century.

By Air: Leonardo da Vinci Airport, also known as Fiumicino, is the airport that serves Rome. It is about 16 miles from the city center.

By Rail: Roma Termini Station in Rome is a key station in the whole of Italy.

By Road: Being the capital of Italy, all parts of Rome are well connected.

The best time to visit Rome is between October and April as the tourists are fewer and the hotel rates less expensive.

What is the best way to get around Rome?

When in Rome, it is advisable to do as the Romans do and rent a moped to take yourself around the town. Tourists can also hire electric cars that accommodate up to four people.

What type of clothing should be worn in Rome?

While Rome is generally quite open when it comes to clothing, there are some exceptions, especially at religious locations. When visiting a church or Vatican City, it is advisable not to wear shorts, cropped tops, and miniskirts. If you are wearing sleeveless garments, it is advisable to carry a sweater or a scarf that can be wrapped around the shoulders before entering a church.